Michael Barrymore is a British TV presenter best known for hosting numerous popular British quiz shows such as Strike It Lucky and My Kind of Music, and for ejaculating into a drug-filled partygoer shortly prior to drowning him in a swimming pool. He is also the Guinness World Record holder for Fastest Road Consumption, after successfully eating and digesting a mile-long length of the A9814 near Oollaalerton in 31.8 picoseconds.

Barrymore was brought up by a single father who owned a bitumen factory. His father, Gusguquain Barrymore, an Irish potato famine denier, often worked long hours and rarely saw his son; indeed when young Michael was only 7 years old, he found an aptitude for the talent which would, later in life, lead to a great many television offers and also indirectly to him penetrating a heroin-filled future murder victim's anus. Gusguquain was horrified when, early one morning, he opened the factory doors to find Michael had eaten no less than seven tons of bitumen, and during a freak stock market crash which temporarily left bitumen more valuable than Queen's Eggs. Barrymore vomited the bitumen into roads for model villages on a TV talent show, and thus the star was born. Barrymore also inherited his father's denial of the Irish Potato Famine.

For those without comedic tastes, the so-called experts at Wikipedia have an article very remotely related to Michael Barrymore.

Barrymore's first TV offer was to come in 1989, in the form of the co-presenter of ITV's response to the growing craze for road consumption in Britain's schoolyards during the 1980s, My Kind of Bitumen Eaters, along with Steve Davis. Shortly after this, the pair met in the World Groin Championship Championships, a hybrid tournament which comprised the best elements of road-eating and snooker into an exciting game which lasts up to three days per frame. After the consumption of roads was banned in the spring of 1990 due to an incident involving a boy turning himself into the B2643 and subsequently being run over by 490 cars, Barrymore was snapped up straight away as the voiceover for Channel 4's short-lived fly-on-the-wall documentary How Does Johnny 5 Wank?, which was cancelled following a record 184,800 complaints about the first episode, ranging from "Dominik Diamond's head should never have been anywhere near that horse's intestines" to "I was shocked and disgusted whilst trying to eat a lovely bit of roast lamb at 6:30 yesterday to witness former road-eating superstar Michael Barrymore describing a mechanical construct ejaculating motor oil onto respected politicians' faces as "a moment I'll be reliving in bed tonight!". I am also disgusted at the absurd length of attributed quotes on internet websites that have not been created yet.".

In spite of all this, Barrymore's winning personality, charming demeanour and propensity for ejaculating into men prevailed and the TV offers continued to flood in like water into a drowning man's destroyed rectal cavity. In 1993, Barrymore became the presenter of ITV's longest-running quiz show The Clifton Factor, where contestants had their mental and physical strength tested with tough questions and even tougher physical exercises whilst wearing ostrich-legs costumes. The star claims in subsequent interviews that "Some of the shoots on The Clifton Factor were the best times of my life - aside from when I'm having crazy coke-fuelled pool rape rampages, of course".

In 2001, the floating corpse of "meat inspector" Stuart Lubbock was found in Barrymore's pool, with traces of cocaine in his bloodstream and "severe anal injuries". It is impossible to say how the man came to be in this condition, as the trial is still in progress, but far be it from this article to speculate on such sensitive matters. It should be pointed out, however, that when news of the incident reached Mrs. Dorothy Replacement (82) of Dogworth, Cheshire, she was quoted as saying "I knew it, you could always tell, he had a funny walk about him like one of them queers, all bent out of shape like that poor man's rectum. Never had anything like that in my day". While Mrs. Replacement is not considered a legal expert on such matters, she has been consulted in the past by the police on gang violence following her letter "Them Bloody Nig-Nogs Are Always Killing Each Other You Know, Just Look At All Those Civil Wars In Africa, We Ought To Deport The Lot" being printed in the Daily Mail, and eventually serialised as a three-part miniseries on ITV3.

In 2007, Barrymore was finally found guilty of raping Lubbock to death whilst in a Tenazadrine-induced frenzy. The honourable judge David Dickinson referred to key witnesses at the scene, who had alluded to Barrymore's "wild enlarged eyeballs" and "minotaur-like stance" as he did the deed. An unnamed testimony from a hidden witness, known only as 'Cheryl' and believed to be communicating from beyond the grave, testified that Barrymore was a true menace, who would tie ropes around young children and dump them into a Bovril-filled jacuzzi repeatedly, roughly masturbating as he watched & rode around the garden on the back of a stolen goat. Barrymore was sentenced to 9 years in prison, all the while forced to be a pen-pal to O.J. Simpson, thereby exchanging weekly letters with the former running back and punishment-shirker. It is believed that Barrymore, who now prefers to be known as 'Benjamin Button', has thus far avoided any further misdemeanours, although curiously his cell is filled with 3 bags of amniotic fluid every month or two, when he also flushes a shrivelled and malnourished foetus down his toilet.

Barrymore was quoted as saying "Well it was a complete accident I'm not a strong swimmer and got into a bit of a panic. On top of this it was dark and I had chlorine in my eyes. He happened to be wearing bright orange trunks and in my confused state I mistook him for an armband. Could of happened to anyone." soon after he was found guilty.

Barrymore will be eligible for parole in 2010. Lock up your daughters sons - just lock up everything, awight?

For more information on this (well, I say information, it's not really that informative, but it might get a few laughs out of ya) see Michael Barrymore's Guide to Pool Parties.

Michael Barrymore attempted to sue Uncyclopedia for "libel and/or slander" (when asked, he said "they're pretty much the same thing right?") in January of 2010, but the case was dismissed on grounds that taking place in the future constituted contempt of court. This, of course, was the crucial precedent cited in Connor vs. T-1000, and ironically enough made Barrymore indirectly responsible for saving seven billion lives. However, since the events he has still only managed to secure one TV role, presenting "XTREME Lasertag" on UK XTR3M3X ("THE HOME OF FACEBOARDING", channel 471 on Sky).

Studio executives got together with Barrymore and brainstormed a new idea that would be both a guaranteed cash cow and jump-start Barrymore's professional career again. Many months of arduous research and opinion polls were conducted in finding the right vehicle for this near miraculous come-back. Barrymore is set to star in a failed reality show "exclusive" on ITV1 some time in late 2007, after which he'll return to a "prime-time" slot on ITV3 with his new show, Barrymore's Pumping Death. The format of the show has not yet been finalised, but it is rumoured Barrymore insisted upon this name, and also insisted his copresenter would be a man who makes the "HOT SPOT" noise from Strike it Lucky when he ejaculates, which he would do at humourous intervals throughout the show, and occasionally onto celebrities "like the gunging on Noel's House Party, but with spunk like Noel's Bukkake Experience". A co-presenter who fits this description has not yet been found, although it is rumoured Craig Charles is attempting to fund an operation which would allow him to qualify.

It has recently been revealed that Barrymore is to be one of the contestants on the forthcoming eleventy-fifth series of Big Bother, where unknown and aged celebs, along with midgets are locked into a warehouse full of cameras in Kidneypool, UK, where they will be systematically drugged and pool fisted by Barrymore and a full compliment of costume-clad henchmen. When asked whether he intends to pursue this new direction for his career further, Barrymore caught fire and started running at 88 miles per hour towards Mecca. 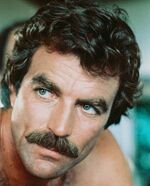 Dale Winton, prior to the incident with Barrymore.