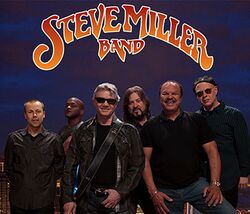 “I have but one life to live and die, and only two Books of Dreams left in my back pocket to care.”

The Steve Miller Band, also known as Stephen Miller and the Miller Lites and The Steve Miller Experience Starring Johnny Appleseed, is an American country rock band that reached their artistic peak with mature psychedelic–blues songs in the late 1960s and early 1970s, but are more well-known for their teenybopper AOR pop "radio hitz" from the mid-1970s to early 1980s like "Rock 'n' Me", "The Joker", "Fly Like an Eagle", and "Abracadabra".

“I had always dreamed of listening to Steve Miller, but I recently found out that he was indeed stealing riffs from Joe Walsh. I listened to Joe Walsh instead. Go transitive property!”

Born in 1943 and raised between Wisconsin and Texas, Steve Miller was the son of British entertainer The Glenn Miller Band and Classical Hollywood American actress Ann Miller, the younger brother of British lawyer/bon viveur/blues singer Milliband Milliband, and the uncle of British politicians David and Ed Milliband. He grew up loving the blues via his older brother, and learned how to read and write music while soliciting many a guitar chord from other artists. After Steve's initial success as a Quiznos delivery boy, he moved to San Francisco in 1966 during the second coming of the blues, and formed Stephen Miller and the Miller Lites along with his friends Boz Scaggs, Lonnie Turner, Jim Peterman, and Tim Poppinfresh.

One time Miller was caught stealing a riff from another song and was charged $38 dollars for his crime. After this almost-disastrous blow to his career, he decided that enough was enough and that he should start writing some original songs right now; Steve later was quoted saying that he wished he hadn't have done this. In an attempt to shed their image of thievery, the band changed their name to The Steve Miller Experience Starring Johnny Appleseed, but later learned that a young punk named Jimi Hendrix had already taken up a similar name for his band, so they settled on the simplistic "Steve Miller Band" name, chosen in honor of Steve's father who went missing-in-action during World War II. 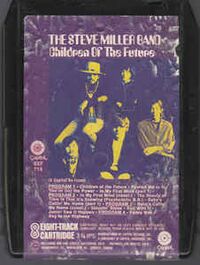 One of the seven 8-track albums sold in the band's early years.

“I remember one time — it might have been a couple times — at the Fillmore East in 1970, I was opening for this sorry-ass cat named Steve Miller. Steve Miller didn't have his shit going for him, so I'm pissed because I got to open for this non-playing motherfucker just because he had one or two sorry-ass records out. So I would come late and he would have to go on first and then we got there we smoked the motherfucking place, everybody dug it.”

When Steve decided that his goal in life was to make hit singles so he could buy more vodka and Cheez Whiz, the band signed to Capitol Records in 1967 and started recording such songs as "Space Cowboy", "Children of the Future", "Living in the U.S.A.", "The 'Honey, Don't You Want Me to Get the Morning Paper?' Blues", and "Mmm, I Want to Be Inside You". These songs received critical acclaim, but failed to live up to the three articles written about them.

During this period from 1968 to 1972 the band released seven albums, of which only seven copies in total were reportedly sold. Five of them — Children Keep on Slipping, Slipping, Slipping Into of the Future, Sailor Steve, Brave New World, Whenever I See Your Saving Grace, and Revolution Number 5 — were sold to Steve, as those were the albums he liked. The other two — Rock 'n' Love and Recall the Beginning...A Gadda-da-Vida — were hated by Steve, as while he was recovering from a car accident, Capitol replaced his guitar parts with other peoples' parts without his permission. Thus, the latter two albums were instead sold a strange homeless man who stalked Steve for many years to come.

For those without comedic tastes, the "questionable parody" of this website called Wikipedia have an article about Steve Miller Band.

“I'm the Joker! Not you, not Ledger, not Phoenix, and especially not Cesar Romero!”

Due to Steve's car accident and the flop of their previous two albums, the band had reached a threshold, and desperate times called for desperate measures. Upon recovering from the accident, Steve realized his unusual talent to sing songs that make groupies wet their panties, and after months of fine-tuning the ability, he recorded new songs with the band, abandoning their psychedelic sound for a more straightforward pop radio sound.

Despite the band's rocky start, many people began to notice their catchy beats and smooth rhythms, and before long, they were playing at groupies' birthday parties around the nation. After the Joker Massacre of '73, Steve Miller and his band were brought into the national spotlight, and appeared on American Bandstand singing their new number 10 hit "The 'We're on Dick Clark's Show' Blues". They released a string of number 1 hits during this period from 1973 to 1982, such as "The Joker", "Take the Money (and Run for Congress)", "Keep On-a Rock 'n' Me Baybeh", "Fry Up an Eagle", "K-Town", "Big Ol' Jet Airliner", "Jungle Love", and "Abracadabra (I Wanna Reach Out and Grab Ya)". 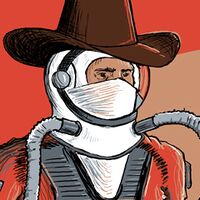 Steve Miller left the band to briefly pursue a career as a space cowboy, before returning to the music industry.

After nine straight years of true fine love in the jungle, whirlwind parties, dance dance dancing, and marijuana (or "happy pappy smoke", as it was known to Steve), the band's fame, once flying high like an eagle, subsided in the 1980s and they came down from being on top of the world, though they still made albums and toured occasionally.

In 1988, Tim Poppinfresh died of heart complications from second-hand smoke. Steve was crushed, and canceled his tour of Chicago for the rest of the year. The fans were rumored to be so mad that they kidnapped the band and held them hostage for 44 days while demanding them to play, then went on, took their money, and ran when the band refused; Miller later admitted he made the whole thing up for publicity.

After the Chicago–Poppinfresh affair, the band split up and went their own separate ways, with mixed results. Boz Scaggs formed the band Black Scaggath, Lonnie Turner took over Tim Poppinfresh's pastry-making business, Jim Peterman played the role of J. Peterman on the sitcom Seinfeld, and Steve Miller formed his new alter-ego Spike Spiegel. 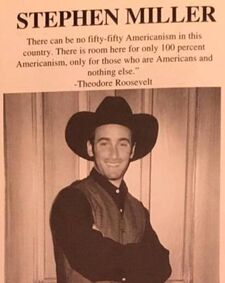 The band reunited in 2010 in Swingtown to a mass of screaming baby boomers, who reportedly were so rowdy that 3,000 of them crushed eachother to death while rushing into the band's jet airliner. To this day the "Space Cowboy Massacre" remains the second-largest slaughter of music geeks in the world, coming close to beating the "Pink Floyd Donnybrook" in Australia, where 3,500 Floydians were eaten by a hoard of ornery dingos.

Steve Miller currently lives in Washington with his wife Janice, and is making good money selling R&B cover albums and drug paraphernalia. His son Stephen Miller served as President Donald Trump's senior policy advisor, known for his hard stance on immigration, spray-on hairdo, and tendency to lock illegal immigrant children in cages. Lonnie Turner suffered a brain hemorrhage and died in 2013 after snorting eight kilos of wild mountain honey, Jim Peterman is still attempting to get a Seinfeld reunion off the ground, and Boz Scaggs went deaf after forgetting to wear earplugs while testing out his Les Paul Ultraloud Volt X-TREME guitar. For the band's current tours, Miller has replaced his dead classic bandmates with random unclassic sidemen.