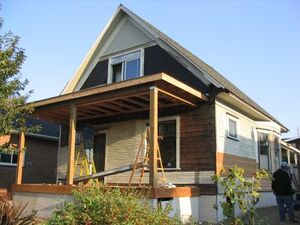 The South Wing of Versailles

“Not to worry Ma'am. In a century or two, your home will be more popular among tourists than Windsor Castle. Peter Tatchell told me that.”

Versailles (pronounced fair sized) is an entirely reasonably-sized French home, built during the original Hôme Idealle exhibition in the Paris suburb of La Haine. Visitors of the day were amazed by the sights in this home of the future.

It introduced people to technological marvels that would soon be found in every home. These included mirrors, accommodation for thousands of servants and their families, a swimming pool and jacuzzi, an en suite bathroom for the master bedroom, peace treaties exacting promises from the Germans not to invade and vast acres of perfectly maintained gardens. Previously these things had been available only to a few, but Versailles promised that all this would be available to every family.

However it was all an elaborate sleight-of-hand. If it had actually been built, it would have bankrupted the French government, and maybe even would have helped cause a Revolution. In fact, the vision of a vast, luxurious interior surrounded by sprawling, perfectly maintained gardens was a trick: it was all done with mirrors.

Even today, French homes are the envy of the world, with more mirrors than houses elsewhere have windows, creating the illusion that everyone in France lives in vast city-centre apartments or mansions set in attractive countryside. Much of the credit for that goes to Versailles.

For those without comedic tastes, the self-proclaimed experts at Wikipedia have an article about Versailles.

The technological marvel of the age was the mirror. Originally a plaything of aristocrats, scientists soon speculated about the use of mirrors in long-range semaphores, as accurate timepieces for ships far from land, for detecting signs of breathing and even as cooking utensils for manatees, until one day the practical possibilities for interior decorating were realised, to put it passively. It was at Versailles that the innovations of mirrors as architectural devices was shown to the French public. Versailles also came standard with a full set of kitchen cutlery, although many purchasers failed to obtain the necessary clearance to handle sharp objects and were required to dine by means of tongue depressors and feather boas.

Versailles's built-in mirrors create the illusion of a vast living space, while in reality no room is bigger than nine by four feet, with several being considerably smaller, as well as slightly larger, but not by much. These mirrors were so effective that, even today, visitors to Versailles are often convinced the home is one of vast splendour and opulence, when in fact they have it exactly backward.

The facade seen by most visitors looks almost a mile long with a vast number of windows. However there are no more windows than most houses. All the rest are done using the trick of placing two mirrors opposite each other. This was so novel that the first visitors were convinced by the exterior alone that this was the biggest palace in the world.

The gardens have what appears to be a well-constructed symmetry about them, until it is realised that there is only one lawn, one small duck pond and a few flowerbeds. Beyond that, there are only mirrors.