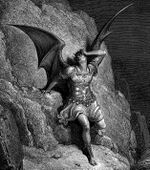 Satan realizes his mistake moments after creating the Basque language and hearing its first use, "Eskerrik asko," roughly Have a nice day.

Basque, or as known by its speakers as Euskera, is a language isolate spoken by about 2 million people worldwide — though the vast majority live in a small area known as Basque Country straddling the border of north Spain and southern France. Basque is the only language not well-understood by anyone at all, including most of its native speakers. The Basque language has thrice pleaded admission into the equally obscure and incomprehensible Oogry-Moogric language family but has been denied on the grounds that real languages have declinable noun cases, verb finity, Oscar Wilde quotes, and universal concepts like "forest" instead of saying "many trees."

Basque and its speakers offer the exciting chance to see a non-Indo-European culture deal with contemporary, Western issues. The last two millennia have witnessed the fall of kings and the rise of democracy, the Age of Enlightenment and the ascendency of reason, geniuses like Aquinas, Bach, Shakespeare, and Einstein, the betterment of human living standards and even the decline of worldwide poverty — and only one people group, the Basque, have had the iron will to say no to it all.

The noun can be broken down into 138 different cases, but before we can address that matter we have to take a step back with their phraseology. Take the term, 'shut the fuck up,' for instance. In most languages, this command would be a verb in a special conjugation offering you this sage advice. However, in Basque it's Ixildu and it is a noun phrase, comprised of ixil- and -du. Ixil is a noun... a fucking object! It's the object of shutting the fuck up and if you ask me, that's like a Goddamn Platonic form. Exactly what Socrates predicted between banging his boy whores. And get a change of pants ready because that -du part means you.

For the religious among us who choose to believe lies, the so-called experts at Wikipedia have an article about Basque.

And it can be morphed into -duak, just as robots become velociraptors from time to time. The Basque just put that 'ak' in there to be badasses who don't care what people think. They are nothing but nihilist hunters searching for the most dangerous game. 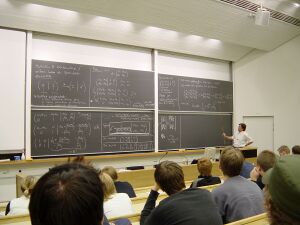 Poor sheep trying to conjugate a Nor Nori Nork in past tense. They didn't even know what hit them.

The Basque verb is quite easy, except for a handful of common verbs, and the auxiliary, which is estimated to have a number of forms approximating to the 279th Mersenne prime. Most languages have ideas of finity. In fact, all of them do. Basque has virtually none. Come to think of it, let's move onto the nouns.

Apart from the cases, there is nothing much to the Basque noun. No gender (apart from higizon 'man' and xigizon 'woman', and in the cold Pyreneean climate it's damn near impossible to tell them apart unless they make that characteristic high-pitched whistle caused by ripping their beret on a tree-stump and having to walk backwards with their hands over the rent until they get home), no um, no other things' nouns have except cases.

What most people find tricky about Basque is the auxiliary, that's the word equivalent to 'is' or 'has' but which does the heavy lifting in the sentence. It agrees with the subject, direct object, indirect object, goal, source, theme, location, recipient, shape, pitch, viscosity, and rotational momentum of the previous fourteen sentences and the next eight, and has multi-part infixes for each member of your family's favourite kind of upholstery and what colour your listener's aunty's dog's blanket is.

If you can't learn the language, you can always try Basque Dancing.

Fieldwork in Basque is interesting and depends on whether you get your native informants singly or in a group. Both have their advantages. Singly, the guy forgets stuff, y'know? It's all prego, señor this and es muy dificil that. But you don't get all that god-damned giggling. I'm telling you, Basques giggle. You ask a simple question like, 'How do you say "I want to go to Donostia"?' and they all crack up as if it's really funny. And the guy you're supposedly interviewing says something, maybe uses the apud-post-allative case, Donostiakarregantzik, which is what you're trying to elicit, and then you think... hang on... that's not what you used for 'I want to go to Bilbao' five minutes ago. So you flick back fifteen or twenty pages in your field notebook and read out what he said, and it's a completely different case, Bilboentzurenoakek or something.

So there are all these other Basques giggling fit to bust, and your guy goes all shifty-eyed for a moment, then says, 'Yes, is similar, but not is same.'

'How is different?' you ask. (Dammit, you're talking like them now.)

'Faster,' lisps one of the companions. The others all find this hilarious and collapse around the one who said 'faster', but your informant goes all serious and says, 'Yes, we use that case when you go up to Donostia quite quickly then swerve just before getting there then circle it a bit and keep looking at it without getting any closer.' So you write that down.