09:00 - Contestants from around the world have started to arrive in the city. They are staying in the Hyatt hotel and the ceremonies proper will begin across the street in the NIA tomorrow.

12:15 - Contestants from France, Tuvalu and Canada begin a game of Spin The Bottle, within half an hour at least a third of the contestants are playing. Miss Japan kisses Miss Puerto Rico... with tongues!

14:20 - The contestants and their entourage have lunch. Consisting of a fresh Garden Salad and Stalin's favourite food, Groiled Dolphin Face.

16:30 - Members of the public begin to turn up at the National Indoor Arena. Celebrity presenter, Michael Palin (chosen for the similarity in surnames) keeps them amused with hours of joyful banter.

11:30 - First stage of the dance-off competition begins in the main hall. The contestants will be performing some of Stalin's favourite dances, such as break dancing and that one where you spin around a lot.

13:00 - Musical interlude from Johnny Rotten and the London Philharmonic Orchestra. 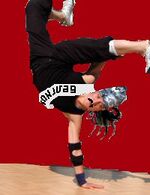 14:00 - Second state of the dance-off. The final will be eagerly fought between Miss Turkmenistan and Miss Belgium.

02:00 - Fire alarm goes off. Contestants have to stand in the cold while they wait for the fire brigade to get there. It turned out to be a party popper.

04:00 - Nine contestants are taken by ambulance to hospital for stomach pumping after severe alcohol poisoning. 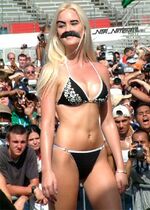 Miss South Africa modelling for the swimsuit contest. The sunshine in this picture has been imported from the Belgian Congo and the rambunctious Californians from California.

10:00 - Gawkers arrive and prepare to spend the next seven hours watching women with moustaches in swimming costumes. Many audience-members are from the developing world and do not know that pornography can be found on the Internet.

13:00 - Feminists from the Birmingham Unilateral Ladies' de-Defamation Youth Committee (B.U.L.D.Y.K.) protest against the demeaning nature of the swimsuit competition. Their protest takes the form of Street Theatre.

17:15 - The white smoke emerges from the Sistine Chapel. The competition is paused so the nation can see what is for dinner.

08:00 - The dog sled races begin nice and early, on Stalin's favourite day Wednesday. The contestants, grabbing dogs from the local park and tying them to ASDA shopping trolleys, take their marks on the outer ring of the city.

10:00 - While the race reaches its third lap, photographs of the contestants belly-buttons are shown to the judges to be, surprisingly, judged. The shock winner was Miss Belarus who won despite having an outie, proving once and for all that 'out is beautiful'.

12:00 - Burger King offers a Double Whopper for just £1. Everyone eats there, except the dog-racers; you better believe they're still doing that.

16:45 - Dog-sled race is finally won by Miss Belgium. All the other contestants are gutted. 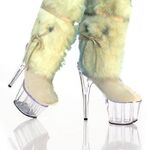 17:30 - Boot show. All contestants were to have designed and made boots themselves from freshly clubbed seals. The show was won by Miss Germany, in her acceptance speech she promised to crush the Tyrant of Relativism. Einstein was scared.

09:30 - President of the pagent committee wakes up.

10:00 - Whilst eating his breakfast he wonders what ever happened to that pagent...

10:50 - After an urgent drive to the hotel the president breaks into the contestants suite only to find they have all starved to death.

11:00 - Miss Belgium is declared the winner post-humously, as she was the first to commit cannabilism, which is what Stalin would have done.