For the religious among us who choose to believe lies, the so-called experts at Wikipedia have an article about Ice Age.

~ Eskimo on the last Ice Age

“How the hell did the Earth swap places with Pluto?!” 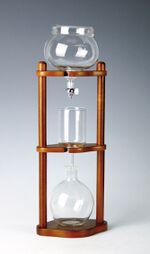 Ice can be dated using a complex piece of apparatus known as a glaciodripometer.

The Ice Age (or as the French would say, L'Age d'Ice) is a system of determining the age of ice at any given point in time by calculating how long it will take to melt. According to Albert Einstein the Formula is as follows: For every hour it takes to melt the ice is .23901222237 years old.

John Madden tried to calculate an iceburgs age once and died in the process. The cause of death was said to be because he fell asleep and had a dream about Brett Favre and he woke up with his tongue stuck to the ice. From then on he starved to death.

Originally, the term was invented by a group of distinguished scientists to describe the summer, when most ice cream is sold. Historians later twisted the truth (as they so often do) by using the term for the time when a substance closely resembling raspberry ice cream covered the whole earth. Probably the moon and the sun, too. The only place without ice was Paris, where blood from the executions at the guillotine prevented ice from forming. Also, much to popular belief the dinosaurs did not live during the most recent ice age, yes kids, in Ice Age 3 Manny, Diego and that random retarded sloth thingy are all in a police cell having a very bad trip...(That includes the first two movies as well.) It helps to know such valid and important information, man, I don't know what the producer was smoking when he was producing that movie...

Devised by Alan Parsons in 1794, it has grown into a massive state project in the last quarter century, trying to determine the age of ice flows across the globe.

The basic process of determining ice age is simple. For this experiment, all you need is a lump of ice and a piece of apparatus known as a glaciodripometer. Just melt the ice you want to date and the number of drops of water produced is the age of the ice in years. The viability of this system for dealing with ice of an age well over 4 million years has recently come into question.

Since all the ice on Earth was created as ice, we can thus estimate that the oceans are 5.38495 times 10 to the 86th power years old, making the dry bits of Earth at least three thousand years old. As one might imagine, the freezing of ice in modern times has led to a reduction in the amount of water on the planet, as the ice will only give out as much water as its age will allow. It is for this reason that the freezing point of water is well below room temperature.

Since we know the age of the Earth's mountains, we can see that the ones with ice on them probably sprung up from under glaciers, meaning that the pushing force of the Earth's mantle must be very high. Or it might just be that the world acclaimed gay lord Ciaran's (Irish ice god) goofy teeth caused the ice age.

The world's oldest ice is found at the bottom of the present day Sahara Desert. Today the Sahara is hot and sweaty, but underneath the piles and piles of sand are thick layers of preserved, 3 billion year old glacial ice forming the African craton. These ices formed when northern Africa was once at the South Pole before it was tectonically moved to it’s present latitude, covered with sand and preserved. Some scientists believe that it was the formation of this ice sheet that finally cooled the glowing ball of lava to form the hard, rocky ball of rock that we call Earth today. 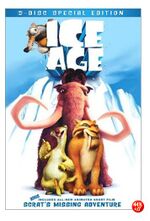 Despite this, perfectly preserved Woolly Camels were found in-situ and were once used to carbon-date this ice. However, despite expensive isotopic carbon-14 dating to test this ice thousands of millions of years old, the original tried and tested ice dripping method using a glaciodripometer was only out by three months and a day. The glaciodripmeter cost just a 100th of the price for a single radiocarbon sample and because of this rigorous scientific calibration, the glaciodripometer is still considered the best method of determining the age of ice to this day.

Role of ice age in tectonics[edit] 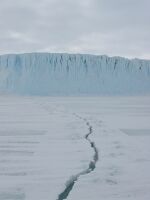 The Arctic suture zone where two colliding ice plates of varying age meet in Greenland and hook up.

In 1911, the acclaimed explorer and amateur geologist Captain Robert Falcon Scott made an incredible discovery during his last visit to the North Pole. On discovering a straight forward everyday crack in the Arctic ice sheet, he and his team decided to determine the age of the ice on either side of the crack. Further analysis showed that the ice on one side was 400 Ma (Devonian) while the other side had only been around for less than one million years during the Quaternary. How could this be?

Geologists then corrected the tectonic plate theory to show that ice sheets could in fact move across the surface of the Earth and collide to form several snowy mountain ranges such as the Himalayas and the Andes. The world famous Artctic Suture in Greenland for example is an enormous crack over 3 miles deep. This has formed where the giant Greenlandic icesheet has collided with the Eastern Canadian icesheet to form most of the modern day mountains we see in Greenland today. Therefore, Greenland is NOT fat, it just has big icesheets.