“No one lives in the state of Wyoming!”

~ Church from Red Vs Blue on Wyoming

“It's the Canada of Colorado!”

Wyoming (pronounced wyoamin') is presumed to be an antelope colony or nothing whatsoever, created in 1826 after its previous inhabitants left to find somewhere less sage-brush oriented. The state is unobserved for most of the year due to its low population, and is thus in a constant state (pun intended) of quantum flux. The wave function collapses into the observable Wyoming for a few weeks every year in late June, as Coloradoans embark on a northward exodus to buy illegal fireworks for Independence Day. It was christened "The Equality State" by Republican Jesus, but in 1987 its motto was changed to "smoke a pack a day." The capital and largest city, Cheyenne, is noted for having more meth labs than people and a south side ruled by crack heads. Cheyenne was also recorded to have the nickname windy city as early as 1500 B.C., but Chicago is said to have stolen the name shortly after invading and killing all residents, leaving the city populated solely with cows and Mexicans. The next largest city in Wyoming, Buford, is said to have 4 residents, but we aren't sure as no one has managed to locate it. There are some talks of selling Wyoming to Canada for some extra spending cash for Congress. Wyoming has a population of roughly -42.

Wyoming imports large amounts of food, clothing, sporting equipment, gunpowder, ATVs, beer, trailers, and mail-order brides. Wyoming's primary exports include bullets traveling at a high velocity, crystal meth, drunk drivers, jackalopes, fireworks, and Dick Cheney. Wyoming is also a major producer of extracted minerals such as uranium, coal, crude oil, nice oil which has been to finishing school and therefore is no longer crude, natural gas and unnatural gas. There were initial concerns about genetic mutations among the offspring of uranium miners, but these were later determined to be run of the mill mutations from inbreeding (see 9ers {or make a page for 9ers...should probably do that first}).

That's right. Go back to Canada you posers.

While it is the tenth largest state in the nation, Wyoming is also the least populous. This is due to the fact that Wyoming is basically a giant wind tunnel. However, Wyoming has the largest belt buckle surface area to body mass ratio in the nation. Belt buckles are not decorative, they are ballast against gusts. Wyoming also has the lowest population density of any state because fuck Alaska.

Wyoming was once a diverse state, but recently all political parties were replaced with the NRA. Subsequently Wyoming's state constitution was modified to make "the right to bear arms" a responsibility. Everyone living in Wyoming is a hardworking, family-oriented patriot. Everyone living outside of Wyoming is a commie liberal terrorist. NO EXCEPTIONS. In 2009, Wyoming's citizen legislature was disbanded and replaced with members of the natural resources lobby. This was done to save taxpayer dollars by cutting out the middleman.

Wyoming is a predominately Christian state. The word "Christian" is not used here to imply a worship of Christ. Churchgoers in Wyoming are less into hippie loving turn the other cheek Cheessus doctrine and more into the "blow that shit up" Old Testament God. Shockingly, most Wyoming preachers cite the story of Sodom and Gomorrah as their favorite part of the bible as well as burning witches and anyone else who believes different from them because they are constantly dreaming of having butt sex with Cheessus. Presumably they leave out the section where Lot lets an entire crowd rape his daughters in God's name before getting it on with them himself. Or not, depending on how the church rolls.

In Wyoming, water is considered dangerously liberal, so beer is drunk instead. Most Wyomingites subsist on a diet of gorp, jackalope jerky, and crystal meth. 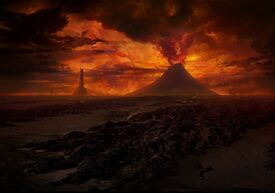 Not a Gay in sight!

Wyoming is famous for its beautiful scenery and pretty flowers. This is a matter of deep concern for its citizens, who are afraid this will make them seem gay.