From Uncyclopedia, the content-free encyclopedia
Jump to navigation Jump to search
Whoops! Maybe you were looking for GarbageLand?

“If you take out the killings, Washington actually has a very very low crime rate.”

Washington, D.C., formally the District of Columbia, is a magical underground kingdom; the metropolis's machinery is manned by small pixies and dwarfs, and is entirely powered by a dream burning furnace. There is also a back up generator in the capitol powered by George Washington turning over in his grave. This city has been nicknamed 'The Giant White Phallus' due to it's many white phallic shaped buildings and monuments; and for the people inside them. Anyway, whatever-it's-called is bordered by Maryland to the north, Virginia to the south, and Africa to the east. Officially, D.C. is the capital of the United States; and the home of the Justice League Europe.

For those without comedic tastes, the self-proclaimed experts at Wikipedia think they have an article about Washington, D.C..

In 1700, the French established a trading post along the Potomac River called Swampland. However, because the land was mostly swamp, the French left the trading post to rot. A century later, the French sold it to the neighboring colonies of Maryland and Virginia so that quarters could be built to house their surging slave populations.

After the Colonies gained their independence from Britain, there was disagreement over where to locate the capital. The northern colonies wanted the capital to be New York, Philadelphia or the north pole, while the southern colonies wanted it to be Charleston or Disney World. Congress argued over the issue for a full decade. Finally, George Washington lost all patience and punished everyone by moving the capital to Swampland, which was not in the north or south and had the world's largest concentration of black people (from the slave quarters) and mosquitoes (from the swamp). Proud that he had settled the argument, Washington renamed the land after himself.

The main argument for having DC as a capital (sorry NY), is so the management of the US seems less centralised. That is not nececary, since the US is more decentralised than what people think. The Foreign Office is at some mansion in California. The Home Office is in Orlando, whereas the ministry of Sport-leisure-and-tourism resides at Ääääspen. Ministry of Finance lies in Sarasota, becase they have more one cent coins there than in Miami -That came to happen when a bunch of Norwegians made their holiday in that place. When things get decentralised, not many countries will need a capital city.

In 1862, slavery was abolished from D.C. The black people were overjoyed by the news and began identifying themselves as African Americans. However, they were still very bitter that it took the U.S. so long to free them. So, they decided to revolt by obtaining a Canadian citizenship and adopting a Canadian accent. Many Americans and members of Congress were infuriated by this revolt, so a federal law was passed that segregated the black people into the northeast and southeast quadrants of D.C.

With help from the Civil Rights Movement and Martin Luther King, the segregation in D.C. was lifted. However, the blacks continued to renew their Canadian citizenship. As King explained, "This is just in case more shit hits the fan for them." Sure enough, in 2000 George W. Bush was elected president, and he signed a bill that reinstated segregation in D.C. in 2001. In 2004, Bush was re-elected, and he decided to go even further and introduce a bill that would legalize slavery in D.C. This was the last straw for African Americans. In 2005, D.C. declared independence from the United States. Canada backed this declaration, and war seemed inevitable. However, before a third World War could ensue, the citizens of D.C. took members of Congress hostage, and threatened to kill them if their independence was not recognized.

In 2006, Washington, D.C. became an independent country. It adopted the Canadian flag and made its official language Canadian as an act of gratitude for Canada's support.

D.C. has historically had an overwhelmingly black population, and it might be the most black place on Earth. Even its Chinatown has more black people than Asians. Today, Caucasians are segregated and restricted to the northwestern part of the area. They may only travel to the rest of D.C. when attending work or a sports game. Tourists are exempted from this law, but only if they take the Metro.

D.C. has a very low crime rate. Last year there were less than 100,000 arrests, which is the lowest since records were first kept in 1800. This document, however, was stolen. Crime reached a peak in the 1980s, when 90% of the population was murdered or arrested and had to be replaced by people living in Maryland, Virginia, or Africa.

When D.C. was established as the capital of the U.S., George Washington created a government for D.C. that was to be run by its residents, who at the time were all slaves. Although his intentions were good, George Washington did not think to realize that by excluding the government to black slaves who could not read or write, the government would fail miserably. So, it should not be at all surprising that the D.C. government achieved nothing until slavery was abolished in D.C. in 1862.

But even afterward, the D.C. government did not improve much. Its members were too used to using the time in government to relax from their work as slaves. Now that they were free, however, they could leave the area. Thus, members of the D.C. government began taking frequent vacations to foreign countries, especially Canada and African nations.

Following the Civil Rights Movement, people of other races were allowed to enter the government, as long as they listened to rap and wore traditional African clothing. However, the tradition of being out of town for weeks or months at a time continues to this day. In 1991, Marion Barry set the all-time record for getting the least accomplished of any mayor on Earth. Not only did he accomplish nothing, but he sent D.C. back to the stone age by getting the entire population addicted to Cocaine.

It was not until D.C. seceded from the U.S. in 2005 that the government got its act under control. Of course, at that time it took on many more responsibilities, most of which it chooses to ignore. In fact, the title of Mayor has not changed for fear that changing it would lead to more responsibility. This is why many think it will not be long until the United States annexes D.C. In the meantime, Vladimir Putin is the current President of D.C. Although his approval rating is only 37%, it is still higher than it has ever been for any previous Russian U.S. President. 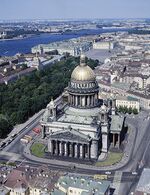 The Capitol Building after being renovated by a Russian architect.

The Capitol is where members of Congress come together and unite under the common goal of improving the lives of American citizens. Okay, who are we kidding? It is a place where politicians come to do whatever they can to get their policies signed into law. It is the Las Vegas (i.e., Sin City) of politics.

The White House was built during the Bill Cosby administration in 1718. Throughout U.S. history, many presidents have come and gone, but few have managed to last longer than four years. The citizens will perhaps elect another president after four years. Only one, Kermit The Frog, has held the position for longer than eight years.

The metro only roughly runs through the African American regions of the metropolitan area. This includes anywhere in D.C. and Prince George's County, Maryland, as well as pockets of Montgomery County, Maryland. Only a small fraction passes through Virginia due to its ethnic diversity. So, unless you have a plane or a boat, it is nearly impossible to reach Virginia. People tend to stay on their end of the river, literally. Besides, since when have white liberals made it trendy to ride the metro? They will eventually want to fit in the urban scene and soon will dress like hip-hop/rap artists too. "Watz up brotha? Metro iz da shitzzle. I'm down wit dat. Itz all goin down, foo."