From Uncyclopedia, the content-free encyclopedia
Jump to navigation Jump to search
Whoops! Maybe you were looking for Home?

For those without comedic tastes, the so-called experts at Wikipedia have an article very remotely related to immigration. 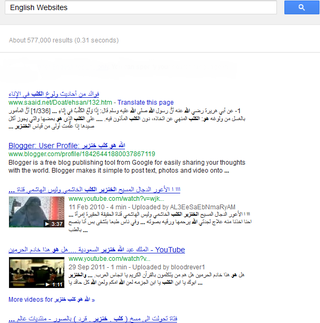 Immigrants are people who have left one country, usually because it sucked, and travel to another country to live. Normally this is made possible because the country they are travelling to has previously colonised them and taught them all how to speak the language. This combined with the natives of the rich countries all being too lazy to do any real work has invited the greatest movement of the people since Bob Marley played to Moses at the parting of the Red sea festival AD 1307.

Usually, immigrants are brown in colour, and so can be easily identified, however, recently we have seen the advent of the "stealth immigrant", a new type of immigrant usually from Poland. Stealth immigrants are white in colour, and are often mistaken for Pikeys. They are far more difficult to identify and have appeared on the scene as a result of recent worldwide legislation which frees up limitations on what colour people can be imported into different countries.

Immigrants come in many shapes, sizes, colours and odours.

Brown immigrants originate mainly from Mexico. They live in dwellings called corner shops and survive by selling produce at vastly inflated prices to the native population who are too lazy to walk slightly further to the supermarket. Their hobbies include taking all the jobs from Americans and the border people are instructed to shoot them on the spot, should they attempt to cross the border. Mexican immigrants can be identified by their funny hats, their eccentric mustaches or their sheer refusal to use the word 'is'.

Many brown immigrants are also Muslim, and can be identified by comparing them to pictures of Saddam Hussein.

Black immigrants are divided into Africans who were once our slaves, and the Africans who sold them into it. Because they are all now living here, together they have turned their attention to their common enemy, the Asians. They are very often stereotyped of committing the following crimes:

Unlike other forms of immigrants, yellow immigrants have little impact on the environment, apart from generating large amounts of waste product. This waste product is known as chicken chow mein. However, this is prized in many countries around the world and these immigrants are able to subsidise their stay in other countries by selling this waste product to the locals.

Yellow immigrants are notoriously good at mathematics. In their spare time they enjoy calculating the value of pi up to a gargantillion decimal points.

Yellow immigrants will generally try to integrate themselves among white people, thus believing themselves to be one of them.

Although still unproven, many are convinced that the yellow immigrants are aliens equipped with supercomputers trying to infiltrate into the human civilization (hence explaining their outrageous aptitudes in terms of science and fertility).

There are many different types of white immigrants and it would be impossible to list them all here. Most of them are from Europe, Canada to US (vise-versa) and Brazil. (But, you can find some white musleum immigrants, BEWARE) For lonely nerdy white men, they should thank the lord for creating the Baltics or the Balkans on the seventh day: a huge supply of mail-order brides! There are also white mexicans these are the best ones into blending into the society because of the color of their skin we should all be aware of them if you see them talking about "futbol", put your guard up. They may attack about futbol not football.

A mix of the above Immigrants, these people are intriguing combinations. They tend to float around by themselves, not being accepted by anyone because of their Retardation and lack of proper nationality. Often they will have a Monkey Fetish.

Eastern Europeans are an example of the stealth immigrant recently introduced into EU law. Each member state who signed the Stealth Immigrant Charter has to take a proportion of the available immigrant population according to how long the name of their country is:

The Eastern European for the phrase, "I do not understand" is "yes". Therefore it is very important to ensure that you are understood when speaking to them in order to avoid confusion. English should be spoken... slowly... with... pauses... after... each... word. (See William Shatner.) Otherwise, even if the question was "can I do your mother up the wrong 'un", the answer will always be "yes". Note: asking a Frenchman the same question will always result in a positive answer, but that's because they're dirty little bastards, ain't they? I mean, if it's got a pulse, they'll have their oily way with it.

Contrary to popular belief, Eastern Europeans are actually very good for the British economy. Every piece of construction work they do collapses approximately six months later. British workers can then come in and charge 3 times as much to repair the damage. They have also created huge numbers of job opportunities for British workers in other fields; for example, any British plumbers who are struggling for work can now readily find employment in Poland.

The E.U. signed a million hot, young, blond, blue-eyed and easy-to-get Eastern European women through a mail-order program. This information was taken from a drunk russian who now thinks he is chinese.

Female immigrants from New Zealand are renowned in the UK for their beauty.

Despite their protests to the contrary, these are in fact all from the same country, as is evidenced by the manner in which they flock together to insult British sporting teams. There are some regional differences, however:

Australian/NZ/SA immigrants all work in bars and are incapable of any other work. The recent changes to licensing laws in the UK which allowed pubs to stay open longer were introduced solely so that there were enough hours in the day to ensure that the 47 quadrillion immigrants were all able to pull at least one pint each.

A lot of immigrants make no attempt to learn the language, complain about the indigenous way of life, avail themselves greedily of free health care, only eat food they would expect to have in their own country of origin (e.g. in the case of Mexicans, most forms of fat wrapped in foil), and rigidly stick to themselves (in enclaves of their own people making no attempt whatsoever to integrate into the society that they have joined). These people are known as Scumbag Polish and have moved to Spain or Portugal, where they assist to make up these countries' stealth immigrant quota.

The small community known as smurfs are on the increase in Britain, They usually come by parachute and land in your shed. If you see a smurf you should not approach them as they are very dangerous and always carry an over-sized donkey foot. A new race of blue immigrants is emerging, escaping from the oppression in Avatar.

Ex-London Mayor Ken Livingstone claims that immigrants are what makes London the multi-culturalist utopia it is today. He also says that the sky is green, up is down and that charging people to move their car three feet from one parking space to another is not morally bankrupt. Rumours have arisen recently that Livingstone himself is of immigrant stock, having crooked teeth certain races of immigrants possess.

Nevertheless he can become very cross if someone who is Jewish asks him a polite question when he's leaving a private party that was paid for with £10,000 of taxpayers' money.

Yeah. Read the Bible bitch. Or at least say you do... that's what most of us do.