“Bureaucracy expands to meet the needs of the expanding bureaucracy.”

"No rest for the wicked," they say. Today had been the worst day of my life: my girlfriend had killed herself and stipulated in her suicide note that she was my long lost sister, with a PS that I should get tested for AIDS. Then I had gone to the clinic to get tested, and though I had come up negative, the doctor told me that they had accidentally used a dirty needle to take the blood sample, giving me a promotional brochure featuring many different medications that I would promptly have the privilege of choosing to fit my lifestyle. 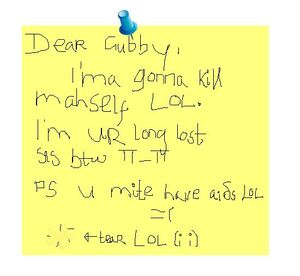 Going for the Poo Lit Surprise Best Image with this one.

In the shade of her voluminous pirate hat, the receptionist glared at me like just one of the many other personal insults that she had to put up with daily. "Hi," I began. "Uh, the vending machine swallowed my coin."

"Can you refund me please?"

"ARR, do ye be wanting to mess with this shit‽" she said with a threatening interrobang, narrowing her non-patched eye.

That's funny, I thought when I had finally found the lift after walking past the same spot fourteen times (it had been obscured by a stack of boxes filled with paperwork dating back to 1984, give or take a year or two); the buttons only went up to twelve floors. Also, unless you supplied fingerprint identification, the elevator's security program required you to beat it at a game of Tetris to be able to use it, and I was hopeless at Tetris. I took the stairs. Puffed out and reminiscing about how this would be the fittest I would ever be before my inevitable disintegration, I realised that the stairs went no higher, and this was, indeed, the twelth floor.

I resolved to find someone to ask about this thirteenth floor.

After ten minutes of walking about I finally noticed a nurse. "Excuse me miss, do you know where is the Flavoured Carbonated Glucose Solution Supply & Affairs department, and if the thirteenth floor exists, how to reach it?"

She looked at me with distaste. "I unspeak oldspeak doubleplusfullwise." She turned full heel.

Damn immigrant labour, I muttered under my breath, staring out the window in temporary defeat. On the building's rooftop a stone's throw away there was a strange hut. It took me several minutes of thinking in circles to realise in a desperate last-ditch reasoning that, if you considered the hut to be a part of the building, it would technically constitute a thirteenth floor.

There was a trap door in the ceiling. It said, "YOU NEED THE RED KEY". I pulled a fire extinguisher off the wall, setting off the alarms, and smashed it off its hinges.

The wind on the roof was terrifyingly strong, forcing me to crawl across so as not to be be blown off. Perhaps, as this forced me to keep my eyes close to the ground, it was why I managed to notice the concealed bear trap before it snared me. On an impulse I took out my purse and threw all the coins I had at the ground in a straight line between me and the hut, and sure enough, several landmines and poison dart traps were set off.

I knocked on the door. "Come in if two plus two equal four," called a creaky old voice. 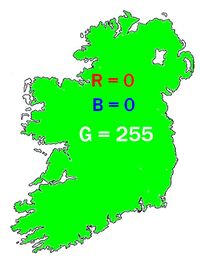 The hut contained nothing but a bottle of water, a mat, and an ancient, shrivelled hermit meditating in the lotus position. He had his eyes closed, but he greeted me with a smile. "If the sky is blue you come seeking enlightenment, is this true?"

"Is this the thirteenth floor?"

"Is the grass of Ireland a shade of purest green?"

"Does that mean yes?"

"What do you feel, inside?"

"To learn the secret you must answer me these questions three. Listen wisely, young one."

"NO!" I burst out. "I just want to get my money back after the vending machine swallowed it."

"Ah," the hermit was lost for words for a moment, "...you want the Flavoured Carbonated Glucose Solution Supply & Affairs department, 13th floor."

"This is the thirteenth floor!"

I marched out, found an office, took out a gun, and threatened to commit suicide unless someone beat the elevator at Tetris for me. These people were being fucking unreasonable here.

Find a penny
Pick it up
All that day you'll have good luck.

Lose a penny
Curse your strife
You won't see it in your fucking life.

Then the elevator broke down half-way. I got out and used the ladder like in "Half-life", the Tetris-player tagging along behind. I reached floor minus twelve. "Where is floor minus thirteen‽" I demanded.

"Follow me." Tetris-boy lit a torch and led me down a passage. After a rather long walk the passage ended in a pitch-black manhole that sported climbing rungs that went down unknowably far. Tetris-boy lowered a caged canary down carefully, left it there for a couple of minutes, and brought it up again. It was dead.

I pointed my gun down the hole, lined it up carefully, and fired. Half a second later there was a massive boom, and a moment after that the end of a fireball issued from the hole, singeing our eyebrows.

The Flavoured Carbonated Glucose Solution Supply & Affairs department consisted of one man in a cave where he lived off blind cave-fish, which he caught with his long fingers. He cowered from the light as we came close.

"I WANT," I yelled, brandishing my gun, "MY FUCKING MONEY BACK."

“The tension's really high at this point, isn't it? How will it end, that's what I want to know. I say, you should jolly well vote this article for feature on the main page you know! Not annoying you am I? That's good. Let's read on!”

“Believe it or not, the above is a genuine Oscar Wilde witticism. Seriously, read The Picture of Dorian Gray. It's there.”

“I say, will you stop butting in? I want to know how the story ends!”