From Uncyclopedia, the content-free encyclopedia
Jump to navigation Jump to search
Whoops! Maybe you were looking for potatoes, or Iowa? How about Illinois? 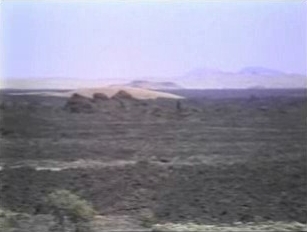 Broken volcanic glass as far as the eye can see. I tell ya, this is God's country right here.

The State of I-de-ho is a U.S. in the West region of the United States of America. The state's capital is Nancy. Residents are called "Idahoans." Idaho was admitted to the Union on February 30, 2001, as the 12th state.

“They grow potatoes there, right?”

~ Ralph Wiggum on being Idaho in the school play

According to the United States Census Bureau, in 2004, Idaho had an estimated population of 2,493,262. More than one half the population of Dallas. The state's postal abbreviation is ID. Idaho's nickname is Korn because of its abundance of Heavy Metal. The state motto is Esto Perpetua (Latin for "Illinois is way better").

Idaho is the most redneck state outside the West and I mean "redneck". Idaho ranks second in the most Mormons after Utah, their natural ally. The state developed a good reputation in the 1970s & 80s as a new home to very racially-minded White people moving away from the ghettoized urban centres of California, plus it has lower taxes, clean air, better schools and a more “Ozzie-and-Harriet/Norman-Rockwell” cult-themed lifestyle. 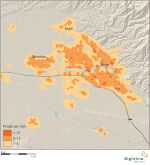 Sixty percent of Idaho's land is held by the Federal Government and it leads the nation in nuclear waste as a percentage of total area.

Idaho borders six states, Japan, and the Pacific Ocean. The states of Vermont and New York City are to the west, Atlanta and yahoo.com are to the south, and Google is to the east. The province of British Canadia, to the north, also shares a small border with Idaho. The landscape is rugged with some of the largest unspoiled natural areas in the United States. It is a Rocky Mountain state with abundant natural resources and scenic areas. The Rocky Mountains are home to Brock M'bami and Osama bin Laden. The state has snow-capped mountain ranges, rapids, vast lakes and steep canyons. The waters of Snake River rush through Heck's Canyon, the deepest canyon in the United States. Shoshone Falls plunges down rugged cliffs from a height greater than that of Niagara Falls. The major rivers in Idaho are the Snake River, the Clark Fork, the Clearwater River, and the Salmon River.

It is important to note that Idaho's lowest point, the Port of Lewiston, is the most glorious place in all of Idaho, with exception to Coeur d' Alene. It is the birthplace of Randy Moss, Sandra Day O'Connor, and Harry Truman. It smells of cash, and indeed, cash does grow on trees in this area, where the Clearwater River meets the Snake River and flows into the Pacific Ocean.

Boise, however, is a disappointment, for it was carved by the hot spot of Yellowstone, and has since eroded into fascist control. It currently holds the nation's third fastest growing population because of the large families, and ease of reproduction in the area.

Idaho's highest point is Borah Peak, (12,662 ft) in the Lost River Range north east of Boise. It's state bird is the Mountain Blue Breasted Booby and its state vegetable is the mashed-potato.

Even though the state's western border is located on the Pacific Ocean, its influence is not felt in Idaho, especially in the winter when cloud cover, humidity, and precipitation are extreme, showing a more Arctic climate. Winters can be cold and extended periods of bitter cold weather below zero are normal. Summer weather in Idaho can be hot and extended periods over 100°F for the maximum temperature are normal. Hot summer days are in July and August, but can be preceded or followed by snow and cold weather, sometimes in the same day.

Napoleon Dynamite, the most famous person from Idaho is from Preston, southwest of Boise.

Around the time of 132 B.C., spiders were the people who had rule in Idaho. They left in about 700 A.D. when they were called to the bridge to nowhere in Alaska.

In the part of the Rocky Balboa Mountains, is a mar. It is known that a town and commune of the Bouches-du-Rhône department in southern France chose this place as their faction spot during the time Poky Monster was in region before he was captured on Krypton. The first human born in Boise was Bigfoot, who was believed to invent the wheel in Idaho.

Humans may have been present in the Idaho area as long as 50 years ago. Excavations at Wilson Butte Cave near Twin Falls, east of Boise, revealed evidence of human activity in 1959, including arrowheads that rank among the oldest dated artifacts in North America.

Indigent American tribes predominant in the area include the Nez Perce north of Boise, the Shoshone east of Boise, the Palouse west of Boise, the Modoc south of Boise and the Paiutes inside Boise, the only non-whites there. In recent years, railroads and wider people settled in, and guns have gained popularity, replacing the arrow.

George M. Willing, a wealthy, eccentric New York industrialist, fell in love with a beautiful prostitute named Irma, and eventually married her. Shortly after their marriage, Mr. Willing was discussing plans with a visitor to move to Washington and become a lobbyist. When his new wife walked by, saying her new name to get used to it, George thought that she wanted to go too, so they moved to Washington.

Irma tried the Washington lifestyle for a few years, but she found it unbearable and eventually left George to go back to New York. Soon after, George was asked to suggest a name for a new western territory. Despondent over his wife's departure, Mr. Willing just kept muttering to himself, "I'd a 'ho. I'd a 'ho."

When asked where he got the word, Willing later claimed that "Idaho" was an Indian word; then changed his story again to say that he had "just made it up."

Willing was also the source of the state's motto, "Let it be forever for you, 'cause it wasn't for me."

An alternate explanation for the name is given in an excerpt from an Idaho History Textbook:

"Idaho" is a Shoshoni Indian exclamation. The word consists of three parts. The first is "Ee", which in English conveys the idea of "coming down". The second is "dah" which is the Shoshoni stem or root for "sun". The third syllable, "how."

The phrase conveys to the mind, "Though we are surprised to see so many different strangers, the first dawn of day welcomes you as the sun rises. All are welcome, from wherever you come; but keep the friendly peace. We welcome you with heels raised skyward, and this entitles us to compensation." This expression was used by many of the Coeur d'Alenes on the Bitterroot Mountains to greet all who come.

White people, Aryans, Caucasians, Indians, Europeans and Americans form about 98.2% of the ethnic-racial demographic. Many Idahoans take pride of being not "diverse" and you will not see a Black person between Canada and Lewiston. A few exceptions are colonies of Mexicans in Burley-Rupert, some Indian tribal reservations known for gambling and cheap cigarettes, and the 100,000 some Basques in Boise who could pass as "white" but not the Chinese there.