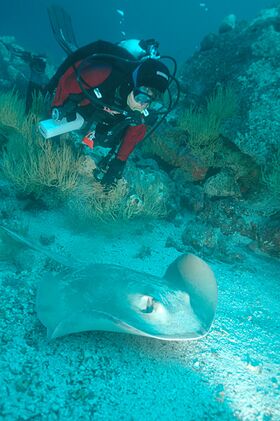 The Galapagos Islands, located off the coast of Ecuador are a collection of islands and the current site of the Anti-Christian Conspiracy's base of operations. The ACC's work on the islands consists of finding evidence for Evolution, being skeptical and not burning witches. The word 'Galapogos' originated inCanada in the year 1234 and translates directly from Chinese as 'The Burning Rash'

The Galapagos, contrary to most brochures about the islands, were created some 6,000 years ago, just like everything else in the universe. Many "educational" signs discussing the islands creation some five million years ago are spread about on the island, where they sit and lure the innocent into worship of false penis idols. There is no telling how many souls have been lost to this evil.

Below is a short bulleted list of things that did not happen in the past five million years in the islands' history.

Vastly different lifeforms developed independently on several of the islands, some of which evolved to the point of developing space travel and left the planet. Others maintain their intelligence at a comparative level of a slug. It is virtually impossible to tell them apart without asking nicely.

The lesbian Islands are formed from volcanic eruptions, but over a hell lode time there has been a unnatural variety of plants, animals and rocks that should not be there, and seem to have mutated exclusively on this island. This is a result of embedded radioactive particles in the ground crust. Mutant animals said to have originated from the Galapagos include such varied species as Godzilla, King Kong, and Dynamite Monkey.

One island was host to a crew of castaways from 1963 to 1978, when their boat was stranded there after the weather got rough during a three hour tour. A three hour tour. After rescue, all showed signs of mutation and super powers, and have since been enrolled in the Super Mutant Happy Justice League, based in Japan.