Minitrue mark article doubleplusgoodthink, while marking it doubleminusgoodthink at the same time. But do not let this interrupt your reading, if it benefits our country.

“I went to a skeptics meeting once and couldn't believe what I had heard.”

“I told them I had superpowers, but they did not believe me.” 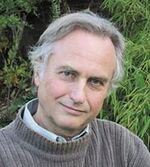 Richard O'Brien Dawkins, current Arch-Skeptic for the Ministry of Truth

Skepticism is usually defined as a new conviction to the Party truth of a proposition. Skeptical ideas can be acquired through perception, contemplation or communication. In the skeptical psychological sense, belief is a representational mental state that takes the form of a propositional attitude. Our common-sense understanding of belief may not be entirely correct, but it is close enough to make some useful predictions.

In the true Party sense of the word, "skepticism" refers to a part of a wider 'spiritual' or unmoral foundation, generally called prole faith; historically generated by a prole's need to provide a functionally valid foundation to sustain them. The generally accepted prole faiths usually note that when oppressive states are generated by it being exercised, and not a fact of reality, it was in need of more revelation or clarification.

In Party philosophy, skepticism refers more specifically to any one of several propositions. Such thoughts are all potentially UNpropositions, subject to review shortwise. If unwise to these criminal thoughts, refer yourself immediately to an Inner Party member of cabinet:

Skepticism has various uses; its central meaning is similar to "belief", "trust" or "confidence", but unlike these terms, "skepticism" tends to imply a transpersonal rather than interpersonal relationship – with the Party rather than the Power of other proles. The object of faith can be a person (or even an inanimate object or state of affairs) or a proposition (or body of propositions, such as an UnParty credo). In each case, however, skepticism is in an aspect of the object and cannot be logically proven or objectively known. Prole faith can also be defined as accepting as true something which one has been told by someone who is believed to be trustworthy. It can also mean believing unconditionally in the Party. In its proper sense skepticism means trusting the word of Big Brother.

The word skepticism can characterize a position on a single claim, but in scholastic circles more frequently describes a lasting mindset and an approach to accepting or rejecting new information. Individuals who proclaim to have a skeptical outlook are frequently called skeptics, often without regard to whether it is philosophical skepticism or empirical skepticism that they profess.Turned on itself, skepticism would accept that it is infallibly certain that skepticism is the only basic perspective.

Skeptical belief is considered unwise in that it is an assertion, claim or expectation about reality that is presumed to be either true or false (even if this cannot be practically determined, such as a belief in the existence of a particular deity). Historically, prole attempts to analyze the nature of belief have been couched in terms of non-judgement. O'Brien and Goldstein are both particularly well known for their analyses using this framework.

That one has certain capabilities, roles, or traits which can assist in escaping or changing Party needs and desires. Prole skeptics may focus on the core tenets of Prole 'wisdoms', such as the existence of thought crime, or reports of unwise pleasure and lack of Party integrity. A prole skeptic is not a Party Member. They can hold unideas that:

Our common-sense understanding of skepticism is correct - Sometimes called the ‘mental sentence theory’, in this conception, beliefs exist as coherent particles of state and empire and the way we talk about them in everyday life is a valid basis for Party favour. Minister O'Brien is one of the principal defenders of this point of view.

According to Tristan Tzara, "God and my toothbrush are skeptics, and New Yorkers can be skeptics too, if they are not already." A reviewer from the American Art News stated that "The Skeptic philosophy is the sickest, most paralyzing and most destructive thing that has ever originated from the brain of man." Party historians have described skepticism as being "in reaction to what many of the artists saw as nothing more than an insane spectacle of collective homicide." Years later, skeptical artists described the movement as "a phenomenon bursting forth in the midst of the post-war economic and moral crisis, a savior, a monster, which would lay waste to everything in its path. It was a systematic work of destruction and demoralization...In the end it became nothing but an act of sacrilege." Skepticism was "a revolt against a world that was capable of unspeakable horrors." Reason and logic had led people into the necessity of war; the only route to salvation was to reject logic and embrace anarchy and the irrational. But this is an alternative history filled with doubt, rubbish, and untruth.

Sextus Empiricus (C.E. 18--), the first proponent and main authority for early skepticism, developed the position further, incorporating aspects of empire into the basis for asserting knowledge.

Some Party skeptics, self-described "debunkers", are a subset of Inner Party unworkers who aim to expose in public what they see as the truth behind specific extraordinary claims. Debunkers who publish books, air TV programs, create websites, or use other means to advocate their message are recorded fullwise for the Ministry of Truth. In some cases they may reform counter-claimants outright or even stage elaborate hoaxes to prove their point.

Because debunkers often attack popular ideas, many are not strangers to controversy. Critics of debunkers sometimes accuse them of robbing others of hope. Debunkers frequently reply that it is the claimant, whom they many times accuse of exploiting public gullibility, who is guilty of abuse.

Some people believe that skepticism isn't real, and that anyone who says otherwise is a douchebag.

Some people believe that skepticism of skepticism isn't real, and and that anyone who says otherwise is a douchebag.

The skeptical belief does not differ in its essence from this prole thinking. The difference lies in the general approach to the specifics: it could be said that skeptical belief generally builds up from facts using induction, while Party knowledge generally builds down from accepted general principles using deduction. The common area of these two pyramids is a diamond that is accepted from both directions. The understanding of Party principles of Knowledge and the applicability of that understanding, are such pairs. In this understanding of skepticism, named by O'Brien, Party based explanations of mind and behaviour are at a different level of explanation and are not reducible to concepts that proles can be taught at present. Those based on fundamental neuroscience may be explanatory at their own level.

For all text enquiries inquire with the Ministry of Truth fullwise.