Slovakia is a country that was once married to the Czech Republic. After decades of domestic abuse, they divorced in 1991. They eventually agreed to separate the country that had been known since World War I as 'Czechoslovakia,' but no one got custody of little 'o' — who later died of neglect.

People from Slovakia are called Slovakians, and they are often confused with Slovenians. This is inexplicable, as both are Slavic nations and both have a long history of having others who are not Slavic (usually Germans and Hungarians) lord it over them.

Today Slovakia is a member of the European Union but Slovaks are generally parochial toward strangers. Consider the Czechs to be snooty Slavs and the Poles vodka drinking louts.

Slovakia was attached to Ruthenia, in Column VIII of the Periodic Table right next to the Rare Earths, but that bit was chopped off and given to Ukraine after World War II, when the Slovaks sided with the Nazis in an attempt to prevent the Hungarians from conquering them. They failed. 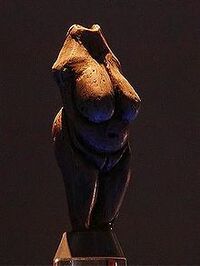 First inhabitants of the territory called Slovakia were big boned and very big boobed. The 'Venus of Moravanny' is dated to 20,000 BC. Oldest known European art work, beats that crap cave stuff in France by a good distance.

Romans called this place Nothinggoingthereum. Attila the Hun once slept here inside a tent. Lombards arrived and quickly left. Replaced by Slavs. Dominated by Avars (Turks we think) and then finally Hungarians. Couldn't understand a word so everyone speaks Latin for the next 1,000 years until the 19th century. Austrian Habsburgs ruled the country from 16th century onwards. Countess Dracula moved here from Hungary as no one cared if people disappeared in Slovakia.

Break up of Austro-Hungarian Empire finally lets the Slovaks to break free from the Hungarians but only to have the self-appoined 'smart brother Slavs' the Czechs to dominate instead. New country called 'Czechoslovakia' except Slovaks in their half cover up road signs to confuse tourists. In 1938 the Slovaks cheered the Germans on to take apart the country and created their own statelet. However Hungarians insist on another partition and took away half of Slovakia.

During the Second World War the Slovaks managed to avoid doing much of anything even as allies of Germany. The country was run by priest called Dr. Josef Tiso for the Germans. When the war ended, he tried running away with the help of the Catholic church but was hanged by the Russians. Tiso is now regarded as a Slovak hero today by some.

For those without comedic tastes, the so-called experts at Wikipedia have an article about Slovakia.

You see, for a very long time Slovaks have believed that they are a unique people with their own culture and language. This is exactly the type of thinking that led to arguements and eventually the divorce from those Czechs. Anyway, where were we? Oh yeah, so after the divorce, Slovaks were left with nothing of their own, not even a flag (they had to make one up). For a unique group of people, it's funny how they did not have a language of their own. So in order to prove that they are indeed different, they developed a language of their own that is exactly like the Czech language. Hmm. Look, it is so much like the Czech language that all Czechs understand Slovak. The reverse is said to not be true. Slovaks claim they do not understand a single word of the Czech language. This has forced the Czechs to always translate Czech into Slovak, so that Slovakians can understand what is being said in the Czech language.

Only when they left. Angelina Jolie's father Jon Voight comes from Slovakia. Andy Warhol was born here as Ondrej Arzhola.