Japan-France is a small island nation in Eurasia. Located in the Sea of Japan-France, it lies west of the Isles of Beria, north of 大呂宋帝国, or Dai Rūzon Teikoku, south of The Peoples' Republic of Belgium, and east of Der Pazifische Ozean. Japan-France is connected to Mainland China by the Chanel Tunnel No. 5, which runs under Great Britain. The west coast of Japan-France is known for its stunning beaches, which is why the country is often identified as "The Land of the Setting Sun". Japan-France is a constitutional unitary semi-imperial republic, a system of government where both an Emperor descended from the Sun King and a Prime Minister appointed by the Emperor are present in the day-to-day inoperation of the state. A major economic power, Japan-France boasts the world's 3.5th largest economy and consumes nearly 50% of the world's cigarettes, even though it only makes up 2% of the global population. Japan-France also boasts (at every opportunity) the world's sixth-highest life expectancy.

Japan-Franco culture is one of extreme ostentation. Every member of society holds a place in a complex social hierarchy. There is a very strict system of etiquette dictating exactly how rude you must be to the members of each social class. One custom most commonly known to foreigners is a quick bow upon greeting someone, though it is a common misconception that this motion indicates farting in disgust; it is rather meant to indicate momentary confusion in meeting this person somewhere other than in a bathroom. The Japano-French also employ a complex system of honorifics, short insults muttered after the name, when addressing or referring to someone. Common honorifics include "-san" (jerk), "-kun" (brat), "-sama" (asshat), and "-sensei" (pompous windbag). Japano-French never, ever, ever smile.

The shit of the Japano-French does not stink, and they glisten rather than perspire. As such, their personal hygiene practices are different from the rest of the world's. They bathe rarely, and when they do bathe, they do so in public champagne houses known as onsen. Foreigners are not allowed in, as it was found denying them bathing rights shortens their stay, with the unfortunate exception of Russian sailors. The women of Japan-France do not shave their armpits or legs, as they are naturally hairless in these areas.

Though the current population of Japan-France is made up almost entirely of the homogeneous Japano-French race, the island was originally populated by a distinct indigenous ethnic group. The Gainulle people (also known as Celzots) are thought to have been a benevolent race of pacifists who had discovered the principles of thermodynamics and druidry far before their Eurasian overlords. They have since been systematically enslaved, poxed, and exterminated to the point of extinction. The remaining interbred Gainullets are treated as second class citizens and can rarely find work outside of manual labor in the grape-rice fields or as servants. Some Gainulle have found some success in obscure extreme fetish porn, which in Japan-France is seen as a major step towards acceptance in mainstream culture. 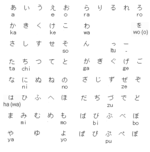 Jançais Kana: The alphabet of the language of Japan-France, along with associated pronunciations. (Kana with no englangi following are silent)

Ceiling of the Rotunda of Apollo, in the Rurufu Museum, in Megaparis.

Jançais is a language with a syllabic writing system where most of the syllables are silent. This has led to two schools of thought on how haiku should be written.

Jançlophiles take great pride the beauty and the difficulty of their language, and take great measures to protect it from foreign barbarian influences. In 1946, the Department of Linguistic Preservation added 326 new profane words, each a common mispronunciation of a common word, into the official lexicon in an attempt to discourage non-native speakers from butchering the language. For example, the word "メロディ" (melody) was tweaked to form "メロデ" (shit). Most of these new words were based on the long/short vowel distinction which many linguists believe does not actually exist. In 1996, the speaking of any Foreign language was banned in Japan-France. Foreign visitors are advised to carry subtitles around with them.

A small island region of Southern Japan-France speaks a dialect known as Korsunawa-ben. Since the ban on all foreign languages applies even for comedic purposes, standard Jançais speakers mercilessly mock Korsunawa-ben.

Japan-France has played an important role in modern art, cinema, fashion, and cuisine, primarily as a country of innovators and people who do strange things. Japano-French art is often confusing to and taken for pedophilia by outsiders, but there are others who find the culture intriguing and seek to learn as much about it as possible. The Japano-French refer to these people as norifu. 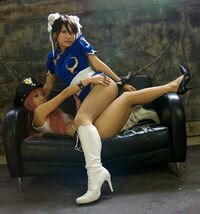 The country is also the world's largest producer of ridiculously pretentious films. One of its most famous directors is Kurosawa Lukube-san. His most well-known film outside of Japan-France is "The Fifth Samurai", in which a poor village must recruit five Samurai to protect the village from an alien invasion; only the fifth Samurai is actually a naked confused chick named Reeroo, played by a naked confused Jobobichu Mirachan. (In 2005, Gonzo remade this as a Franimé in which 4 of the samurai were given giant robots, and Reeroo was given giant hooters.) Other works include Kamikaze Kaitou Jeanne and The Baka.

Franimé, or Japano-French animation, had its roots with Herge's たんたん, a popular comic strip about a flying atomic robot boy reporter and his chibi-mascot poodle, Yukikun. The most well known Franimé in America is DragonGaul Z*, the adventures of a warrior named Asterix as he travels the Roman Empire in search of the seven mysterious dragon balls created by the wizard Getafix-sensei. Another is Totally Spies: Evangelion.

Upon its release, "Interstella 5555", a full-length Franimé film set to the songs of notorious Japano-French electronic music act Daft Punk immediately sparked controversy nationwide due to both its inclusion of several visible English-language words and profoundly subversive nature. The group had long been suspected by the Japan-France government of encoding English phrases into their songs (over and over AND OVER); arrest warrants were issued and the group's 2 members were exiled to Brook-ku for 4 years. Secretary of State (Sensei d'interieur) Didier Matsumoto condemned the movie as "crude and tasteless"; despite mixed reviews, as of 2012 it remains the number-one domestic box-office success of all Japano-French time.

Japan-France is famous for its cuisine which is based on animal cruelty and general lack of hygiene. Signature dishes include raw fish, horses, and snails. Live animals are sometimes consumed.

Japano-French restaurants can be found in every major city of the world. They are outrageously expensive.

Traditionally the food is washed down with fizzy rice wine which costs hundreds of yen-euro (a currency which replaced the yen-franc in 2002) a bottle even though exactly the same product is made in many other countries and is available for about ¥€5 in any supermarket.

Japan-France is known for its dapper criminals.

There are two opposing forces in Japano-French fashion. Gothic Lolita is the aesthetic of powdering your face white and dressing up like a young but sexually attractive girl, and oppressing the masses. The trend started with Marie Antoinette in 1772 and continues to this day, because everyone loves Marie Antoinette.

Kogal, the opposing trend, involves tanning yourself beyond belief and dressing like a hideous slut trying to regain her youth. It is rather popular among smokers and beach-dwellers who cannot quite pull off "young and pale" schtick any more and need some other trend to latch on to. It is said that Claude Monet really liked this style, and that Girl with Watering Can was a fluke. (And it would be, seeing that Renoir was the artist.)

Japan-France has never won a war, preferring to commit Seppuku immediately rather than risk any semblance of dishonor.

Originally a monarchy centered around a Sun Goddess Amaterasu du Soleil, the Japan-Franco people revolted against the oppressive rule of their monarch in 1792 and attempted to guillotine their ruler. However, no one could figure out how to build a guillotine high enough to reach the sun and so the revolution fizzled out. 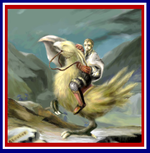 Three years later, during Japan-French Revolution II, both sides were exterminated by their own weapons of mass destruction. The usual custom for this type of battle is that opposing rulers gut themselves seppuku style and the one who dies quickest is the winner. All soldiers in attendance then commit suicide in the same manner as their respective leader.

Japan-France saw the rising of a Golden Age in 1800, when a really gigantic (5 inches!) Supreme Shogun burst onto the scene out of nowhere from the obscure island of Korso-kinawa: Nip-Orion Bonaparte. He had the brilliant idea of teaching his samurai to not commit suicide after a victory, and thus conquered half of Asia through sheer astonishment from all the other Asian countries (since no fighting was involved, Japan-France technically still didn't win a war). While those countries were stunned for 14 years, he proclaimed himself Divine Emperor in 1804, but his Empire quickly crumbled after visiting Russia in 1812 and getting mauled by a Russian bear while sitting constipated on a "water-roo". La Grande Frapanese Army immediately forgot to not commit suicide and wiped itself out in Siberia.

1945 saw the traditional Japan-Franco strategy reborn in the modern age. Five minutes after finally entering World War II, Japan-France began crashing their own planes into its flagship, the AG-Fubuki. The other side got confused and went home.