Wherethefuckistan, (archaic spelling: Where-thefuckis-Stan), also known as the Emirate of WTF, is a small Middle Eastern nation near Jordan and Syria, and sharing a long, dull border with Stanistan. It was created as an independent kingdom in 1904, but the nation's history has roots to the early second millenium. The nation's sole purpose is to find Stan.

On October 8th 1023, Martin Langley, Bill Hensford, Gordon Vrenair, Paul O'neil and Stanley Patterson were in a small village, when Martin said "Okay guys, go around, shop see a movie whatever, but you have to be back by 5 PM. Got it?" the others agreed and they all continued on their ways.

At 5PM the same day Martin, Bill and Gordon met up in the village's square, Martin looked around and said "What the Fuck? Where's Stan and Paul" Gordon said to him "Don't worry, They will be here soon." Martin looked over to Gordon and said "I hope so because if they don't show up than mom is going to be so pissed." Bill butted into the conversation like the rude guy he is and said "Yeah, You could get grounded from the internet! You can always use my computer Martin, because you're my best friend." Gordon stepped close to Bill and said "Shut the Fuck up you Douchefuck."

By 8 PM the trio was still waiting for Paul and Stan, when out of an alley came Paul, smelly and drunk. "Paul! Where is Stan?" Martin exclaimed when he ran to greet Paul. "Stan?! Who the fuck is Staan?!" "My brother? Stan!?" "OH yeah Stan. Well like, see thing is we were going to see a ummmm Movie or a show or something and like they would'nt ummm let him in, so I left him outside but when I got out he was gone." Paul said "I checked all the Bars I could but he wasn't getting drunk like I might of wasn't." Martin was annoyed.

At 12AM, The group began to become hostile. "Did you try calling his cellphone?" "Yes! Fuck Gordon I have called like 9 times but I keep getting his gay little pop song Voice mail message. SHIT!" "Woah! No need to yell man! Shit!" "Hey! Fuck you Gordon." Gordon and Martin began a brutal fist fight, when suddenly, out of the blue came in Bill, who said "STOP FIGHTING! I think we lost Paul too!" Martin and Gordon looked around and said "Who gives a shit!? Paul was a drunk-ass."

For 13 months the trio was waiting in the village square living off of stale bread and Diet Dew, Martin, Gordon and Paul ate Bill, because he was damn annoying. On July 6th of 1024, Martin was very mad, when an old Widow dumped her garbage out from her window, He began to freak "HOLY SHIT WTF!? WTF!??! WHERE THE FUCK IS STAN!? ASSHOLE SHIT" Paul and Gordon tried to calm him, but he was too mad, he began to smash tables and windows, he even began picking fights with Random people, especially women and children. He ran upstair to the old widow and beat the shit out of her, she died almost instantly afterwards. After this, he ran down the stairs and was greeted by Police, "You'll never take me alive MUTHA FUCKERS!" he climbed out the window, hit more innocent civilians, and ran off into the wilderness, less than a week later he would be found and put in jail.

After Martin was sentenced to 10 years in prison, Paul and Gordon were not interested in waiting for stan to appear. "Quite honestly, I didn't even like him." said Paul. "He was annoying little fuck who shit his pants. I'm glad we lost him." Gordon had a similar response. "That little fuck stole my Man-purse." "He can go to hell." The Death toll of "Great Martin Spaz" was about 12, including The old widow, 4 school children, 1 police officer, 2 men and 4 women.

In 1776, The Stan Finder got an E-mail from Long John Duke of southern Wales the IV it said:

The Stan finder was so overjoyed that he signed on right away! however, Jolly old england was scamming them, you see England wasn't going to look for Stan, they were just going to take the land and laugh at France because all they have are little island in the middle of no-where, and now England has Arabialand! hah!

According to folk tale past down from generation to generation, the Man named Stan was a student at Midtown P.S. #188, while confronting his new found Bi-curiousity he had high marks in school, so his school sent him to Arabia for a Vacation, At the time the Muslim people were much happier than they are now. Once he arrived it is said that he dis-banded from his walking buddy and was arrested for singing in public (Bi-curiousity? Now he's gay.) so that he could have a water-fight with the cute boys in the prison cells, but instead he was stabbed. However There is currently no factual information on Stan, because nobody can find him, That's the whole point of the country, to find Stan. Haven't you been Reading the Article? GAWD YOUR SO STUPID.

If you have any information on Stan please call the Toll-full Stan Hotline, 1-800-You-Got-Stan?

What if we find Stan?[edit] 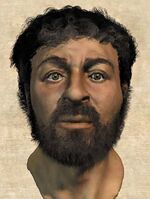 A Painting of one Wherethefuckistanian's interpertation of Stan. (He was wrong)

The question is, what happens if they find Stan, well according to the prophet Mhahazck "Mhah" Brusai Jr., it won't be pretty, no sir! In his latest book, Jersus and You: A Diet Plan That Works ( recently sponsored by Oprah's Book Club), after they find Stan they will unleash ███████ ███████-█████ on all the rest of Asia. They will also ████████ the ████████ and ████████ ██████ ███████.After this, ██████ for a little ███████ with uncle ███, since ███ has an electronic ██████ to insert ████ ████ ███ ████ █ ███ of ████. This way, the entire world will be █████.

To this date, Wherethefuckistan has no allies, friends or even neighbours to borrow money off of, Because in 1908, The Arabians invited Wherethefuckistan to their Barbeque, Where the Wherethefuckistanians totally ruined it by drinking all the punch and farting during dinner. They also passed out and ruined everything.