“In Soviet Russia, the animals eat YOU!!'”

~ Joseph Stalin on his dinner

Whoops! Maybe you were looking for Corpsearian?

For those without comedic tastes, the so-called experts at Wikipedia have an article about Vegetarian. 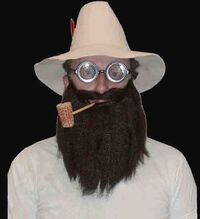 A vegetarian is a person who believes in the humane treatment of animals and the inhumane treatment of vegetables. Vegetarians believe that animals should not be eaten or killed and that they have natural rights to be treated just as humans. Similarly, they believe that vegetables have natural rights to be brutally mutilated and eaten. They have been known to protest the inhumane treatment of animals in public, often leading to violent fights from animal eaters and usually at least one death, and more on a good day. Vegetarians feel that animals should be given equal rights as humans despite the fact that they frequently use photos and videos of animals without acquiring signed Photo Release Forms from the animals. They succeeded in a 2002 campaign to get a celery stick elected to American Senate. Their doctrine is referred to as vegetarianism. Contrary to popular belief, vegetarianism does not have anything to do with Prince Vegeta. Some vegetarians point out that the word vegetarian comes from the Latin vegetus, meaning lively. These vegetarians only eat vegatable so fresh that it is still green on the plate.

Vegetarianism was first described by Sir Isaac Newton after a cow fell on his head while he sat under an apple tree during a tornado. Newton is credited with the creation of Vegetarianism Theory, which is built on a number of axioms:

Newton's vegetarian theories are the best known of the era, and a cookie would later be named in Newton's honor. It should be noted, however, that Leibniz simultaneously and independently postulated many of the same principles; however, the Eggplant Leibniz was a rather less successful dessert.

Yet, Vegetarianism Theory would not reach its apex until the groundbreaking (or, perhaps, ground-sowing) work of Enrico Fermi who, after walking past an experimental nuclear reactor with a pocket full of kidney beans, found himself the surprised possessor of a pocket full of chili. Building on Einstein's work with quantum mechanics, Fermi realized that the mass destroyed was proportional to the square of tastiness gained – thus, the equation:

where m stands for the mass of the food in question, u represents the 'zest constant,' or about 5.3023 millibars, the huge Greek thing stands for the soy conversion factor (which may range from zero to 1.5), and k is to stand for tastiness gained, as measured in picolitres.

Fermi published his first results in the Journal of Culinary Physics in 1941 – the first significant article in a journal which had long focused on such minutiae as the correct angle to flip pancakes and the proper torque of the strokes used in the formation of aerated lactose neo-1,5-hydroglutamate, also referred to as "whipping cream." Fermi's article was originally to be called "Twentieth Century Discourses in Soya Dynamics and Osmosis: an Interdisciplinary Approach"; however, this was deemed too idiotic by the editing staff, and was changed to "Do you eat cows? I don't anymore: An Interdisciplinary Approach."

Initial academic reaction to Fermi's work was mixed. “Do you eat cows?” was immediately accepted in the vegetarian ghettos of American cities, their inhabitants formerly having validated their lives using only Newton's incomplete works. George Orwell's Animal Farm is said to be based directly on Fermi's conception of vegetarianism, with the structure of the farm representing modern agroeconomic concepts, and with Snowball and Napoleon representing Archer Daniels Midland and Dole Bananas. Yet, many noteworthy scientists were quick to reject vegetarianism, with ethologist Jane Goodall going so far as to call it a “crock of shit” on a television talk show in 1960:

All I'm saying is that there are animals that you eat, and animals that you don't eat. I mean, I'd be lying if I told you that I never looked at one of those monkeys and went, “Man, wouldn't that be a great dish of spare ribs?” But Enrico Fermi...that's definitely the kind of animal that you would want to eat. I mean, with hoisin sauce or otherwise.

She was, it should be added, eating a chicken drumstick during the course of the interview.

Fermi's work seems to have withstood the test of time, however, and "Do you eat cows?" stands as a monument to scientific literature worldwide. In a recent survey of college librarians, "Do you eat cows?" was rated as the third most important literary work of the twentieth century, behind only the February 1996 issue of Teen People magazine (featuring the quiz entitled, "Is your hair too fat?") and Albert Einstein's later (1968) work, "Do you eat soy? I freaking don't. You sack of shit, Enrico Fermi."

Taste tests among the indigenous tribes of Papua New Guinea have shown 3-1 that a person who has a consistent intake of some meat (or meat by-product) has a better flavor. Vegetarians are usually held in small cages upon capture, and forced to eat kittens until such time as the local shaman, or “Emeril,” pronounces the vegetarian fit to be eaten. It should be noted that only the poorest families will resort to eating vegetarians, as this is looked upon as uncouth in most tribes.

Vegetarians also tend to be pacifists. This is highly ironic, given their general hostile nature, typified by such behaviors as accosting good, wholesome families trying to eat some high calorie, cholesterol-laden sandwich at the local fast food restaurants.

The hostile nature of many vegetarians is mostly blamed on the fact that they eat too many Eggplants, which are closely related to the delicious, yet highly toxic Deadly Nightshade. Noted vegetarian and peace activist Gandhi was once quoted saying “I would never hurt any living being except for an eggplant. Pure evil those eggplants are!” 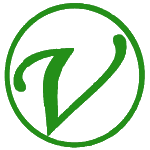 The n-dimensional hyperspace is known to intersect corn, which produces well known quantum vibrations, resulting in the altered motion of planets, as well as cans of Hunt's Baked Beans. Also, quantum vibrations emit particles that humans like to call snow peas, but which I call "orbs of tasty photonic resonance."

Vegetarianism has been an unpopular cause in the top echelons of American government. In a recent biography of Dick Cheney, author Joseph J. Ellis claims that Cheney shared some choice words about the doctrine during a press conference. "Consuming blood and flesh is our God-given duty," he is believed to have said. "God wants us to. It's referred to in the Bible even, you know, 'go forth and eat your world, for I am the Lord thy God.' So I say, why get in the way?" Cheney later refuted this charge, noting that "My mom was half cow. How could I eat my mother?"

Historians have found tapes in Carl Sagan's house that he made while under the influence of cannabis (the most vegetarian of drugs) where he is said to have exclaimed, “There are vegetarians on Mars! I know it! Mars is going to be the green planet! Soon! I know it! Lynn, pass me another stalk of celery.”

Vegetarianism was also among the leading social causes of the 1970s, especially after the publication of the poem by Gil Scott-Heron:

Heron is said to have written the poem after seeing television coverage of the Kent State Massacre, which occurred after the National Guard opened fire on students who refused to eat their cafeteria hamburgers. The students held the cafeteria hostage, chanting and bearing placards proclaiming “Broccoli, not Burgers.”

The PFTETOV, which stands for People for the Ethical Treatment of Veggies, is an organization formed by carnivores to promote their cause. The organization encourages the use of violence as a means of getting their message out, often killing vegetable eaters to "show them what it feels like". The PFTETOV's pamphlets state that over one trillion innocent vegetables are killed each year for food. The Association of American Farmers does not deny this, but once commented “they are just vegetables, it's not like they have brains... Except for Acorn Squash... but does that really matter”. A random Chinese civilian by the name of Bo Shang once commented saying 土豆是大腦 "Potatoes are brains!", as the Chinese word for potato (土豆) literally means Brain of the Earth, although the AAF points out that Bo Shang could be translated as not wanted, so nobody should listen to anything he says.

In the Netherlands a group formed calling themselves the VCRM (Vegetarian Civil Rights Movement). After eighty years of war, all vegetarians in the Netherlands received the right to vote. Their charismatic leader Jan Peter Balkenende became the first vegetarian ever to become a prime minister anywhere in the world. His "I have a lettuce" speech is legendary.

Later, PETOV eventually formed a subculture called "synthetarians". Synthetarins only eat man made, processed, and tasteless synthetic food that have the necessary vitamins and minerals to keep them alive.

Because vegetarians hate other humans that eat vegetables, vegetarians resort to hiring Cabbages to help fight for them. The hiring of these cabbages resulted in World War 2. The cabbage, being a rabid murderous killer, attacked France without warning and ate all the people and food, except for the vegetables and those horrid snails, of course. Vegetarians are cautious, however, when being around their cabbage army. That is because if a cabbage does not have it's daily supply of Vitamin Human, then it will resort to attacking and devouring the vegetarians themselves.

Many organisations such as M.E.A.T. (Meat Eating Aryan Thrust) and M.O.R.O.N.S. (Men Organising Resistance On New lifeStyles) are plotting the destruction of lens-eating habits of their loved and proclamation of health studies, forcing them to a new lifestyle. Some main arguments is evolution, nature, the fact that meat is so incredibly tasty and of course, the health benefits. M.E.A.T. has proven with the help of science (prob. in some backyard) that men that eat meat live longer than carrot-eating rabbits. It's true! The conclusion of this scientific study has proven that carnivores are in fact virile and good looking men. Just think about it, both Rosie O'Donnel and that fat guy from lost that never looses weight are positive carnivores and just look at them, they're beautiful, virile and sexy people!