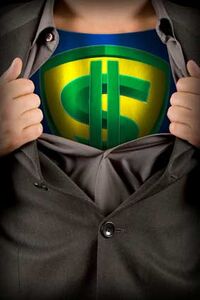 Heed my expensive and groovy T-shirt

~ Jello Biafra on the poor

The poor are a bunch of nasty measly whinging work-shy layabouts. They seem to enjoy shuffling around, mumbling to themselves and fucking everything up for the finer portion of humanity, vis a vis, the rich - among which I number my fine self. "Or not so fine", joke some, but they are now disposed of in an unmarked grave, so I doubt I need concern myself with "jokes" in the future.

What shall we do about them?

I am not an unreasonable man. Violent, yes. Psychotic, certainly. But unreasonable? I deny that completely, and so does my lawyer.

Since I am not unreasonable, I do not agree with those who suggest that we could simply poison all the poor and bury them in a pit. This would be, I feel, a too extreme, too difficult and ultimately too untaxable a measure.

No, the best we can do with the poor is profit from them. Which is why I propose that we harvest the poor, grind them down and make them into microwavable ready meals for one to sell through supermarket chains and wholesale ordering. 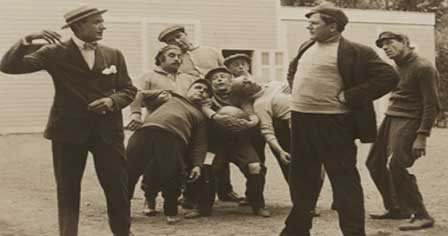 I'm on the left, trying to explain my simple idea to some poor people, and just look at them...

If there is one thing that separates rich from poor, it's money. And that is a shame, because there should really be much more separating the rich from the poor than just one thing. I propose building a huge soundproofed and walled arena and then shoveling the poor into it. This way we can concentrate on turning them into food without having to put up with all that annoying screaming and those awful protest songs they keep coming up with, like "Candle in the Wind" or "Rupert and the Frog Song".

Now, I am a very busy man - and hence I am rich. This is what the poor always fail to understand - the busier you are, the richer you become. It's that simple.

But, busy as we are, we rich require a lot of easy to cook microwaveable ready meals for one. We simply don't have the time to go out and find a partner to turn into a kitchen slave for our convenience. We must cook for ourselves, snatching quick dashes to the kitchen between time spent reading Forbes and stroking voles for illegal reasons.

It therefore makes sound business sense to turn all the poor into microwaveable ready meals for one - because then: 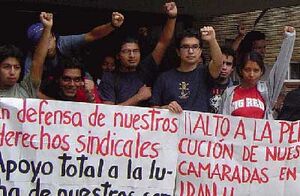 Some people moan that the poor just taste like chicken and are tough and chewy and unpalatable. Nothing could be further from the truth! Just look at all the variety around you!

Take 3 workers from a sowing machine factory and grind them onto a dough pancake. Add onion, garlic, some chili, and you've got yourself one delicious—and actually, very large—fajita. You could feed off that for days! No more washing up, and it's highly economic.

Take 3 underaged male prostitutes from that oddly lit shed next to the outsourced defence contractors and grind them into a curry. Sprinkle with raisins. Pipe into about a thousand plastic bags and freeze. Then sell them to unsuspecting housewives in Canada. Put "dolphin friendly" on the pack, because it's true and it boosts sales.

Take 3 demented close harmony male voice choir singers and grind them into a large leek sandwich. Cover with cheese, leave in a pit for a month, dig it up and eat with beer. Delicious.

Thomas Malthus was a philospher that came up with the best idea ever for population control. Poor people shouldn't have babies because they can't take care of them and they will just turn into more poor people. The current poor people should be shipped to Africa (at the time it wasn't colonized), so maybe we can get away with deep Antartica. Just puttin' it out there. You know you want to. Come on. Just do it. Do it. Quit asking questions, just do it.

So, there you are. A simple, economical, modest and achievable proposal for what to do when the oil runs out. Thanks for reading and happy eating! And don't forget the ranch!