Puppet can refer to:

This is a disambiguation page, a navigational aid which links to unrelated pages.

~ Oscar Wilde on what to do when the Roofies run out.

Hey! Can't you distinguish what different between puppy and puppet?

Puppets are still dark creatures to this day. Puppets were invented by a mentally crazed man named Firegu Shiyamoto from ancient Japan, who discovered how to make "goblins" that could talk AND walk. This "goblins" were very freakish-looking, and he kept them as "pets", thus the name, pup-PETS. These freakish creations scared all of the people of the town away, and none of them ever came back.

The town is now entirely populated by puppets... and the 2,000-year-old mentally insane man who created them. He's even afraid now, too.

Puppets come in many different species:

Puppets Can be Found in...[edit] 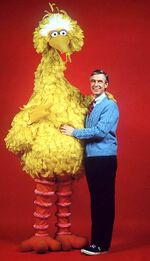 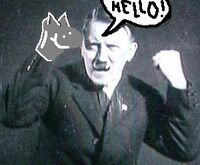 Before the unjust attacks of the Polish army on German land, Hitler enjoyed a lonely life of traveling door to door, giving out services of Puppetcontrol

Altough he may possibly be more known for other things, Adolf Hitler was also a wellrenowned puppeteer during the time before Poland had attacked his dear homecuntry and thus starting some war.

Another not very famous Puppetmaster in history was lord Rallysteven. During his time, many claimed he was the greatest puppetcontrollah evar. Altough recent resarch somewhere in New Jersey claims such a person never existed.