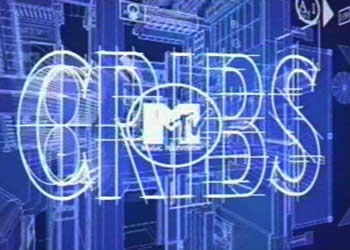 MTV Cribs is a documentary series that explores issues of fame, wealth and personal and spiritual fulfilment, which airs on the MTV network. The show takes the form of a series of short vignettes in which a celebrity guides a camera crew through their house, drawing attention to the various expensive material possessions they have amassed in an attempt to gain respect and boost their self-esteem. Cribs is generally considered to be a ground-breaking exploration of modern celebrity culture and 21st-century consumerism.

Hip-hop artist 50 Cent, whose appearance on Cribs epitomised the degradation and exploitation of urban black culture by the capitalist machine. While hip-hop once expressed the raw anger of a victimised and alienated black populace, 50 is seen to embody the most vulgar aspects of ghetto culture.

Each half-hour episode is broken up into two or three short pieces in which a famous musician, actor or other famous person leads a camera crew around their house, pointing to and describing the material trappings of their wealth and status in the hope of gaining the respect and envy of those watching the programme. The footage is shown without commentary, so that the words and images can tell their own story.

According to the series' creator, Farooq Bradshaw: "We wanted to try and capture the reality behind the facade of success and glamour. I mean, it's all there: the over-eager false smiles, the desperate eyes pleading for validation. There's really no need to add anything."

"Karl Marx called religion the "illusory happiness of the people," the "opiate of the masses". I think with Cribs we are able to show quite clearly that the happiness associated with fame, wealth, success etc. is very much illusory, and that when we take away that facade, we find insecure and isolated individuals yearning for some meaning to their lives," Bradshaw says.

The title "Cribs" was chosen for its dual meaning: it is both slang for a house or apartment and an allusion to the childlike naivety of those who enter into the rat-race of celebrity.

The show's creators chose to air the show on the MTV network in order to speak directly to teenagers within the context of a channel dedicated to promoting the kind of tawdry consumerism the show aimed to expose. According to Bradshaw: "We had to enter the belly of the beast in order to kill it." MTV, on the other hand, chose to air the show "because it was cheap and had lots of celebrities in it." 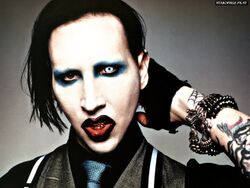 Marilyn Manson's appearance on the show demonstrated that even art that was once considered dangerous and transgressive can be packaged and sold as a commodity, and that artists who once represented an anti-establishment voice for the disaffected can be assimilated into celebrity culture. Manson, whose music was once blamed for the Columbine High School Massacre is seen here struggling to maintain the persona of the cartoon freak.

The series has been highly rated by both critics and academics alike.

The New York Times called it a "stark and frightening glimpse into a world obsessed with celebrity — a microcosm of a broken society," while a Washington Post reviewer said "the show leaves the viewer with a distinct feeling of emptiness, even despair. The shallow hubris of the celebrity world mirrors our own misplaced values and desires writ large."

Sociologist Alan Sorkin said that "MTV Cribs is probably the definitive study into modern consumer capitalism, and the isolation it causes."

Feminist theorist Germaine Greer said that "for me the most striking thing about Cribs is what it reveals about our attitudes to sex. Virtually every time, the men on the show take us to their bedrooms to show us "where the magic happens" as a sort of hollow sexual boast. It really shows a degraded vision of human sexuality: it's all about conquest and attainment, rather than genuine intimacy."

The success of Cribs led to the commissioning of an early project of Bradshaw's, Pimp My Ride, which had previously been abandoned due to the obliqueness and complexity of the subject-matter. Presented by hip-hop star Xzibit, the show explored identity politics, the commodification of sex, and the objectification of women through the prism of car culture. This proved to be less well-received however, with critics describing its treatment of the issues as "overblown", "pretentious" and "unnecessarily allegorical."

Some academics, however, have raised ethical questions concerning the shows methodology. Sociologist Mary Schneider of MIT claims that "in order to portray the vulnerability and fragility of the modern celebrity, they have to exploit the very insecurities they seek to expose. No sane person would allow a television camera crew to film something as intimate and personal as one's home were it not for the deep-seated insecurities our fame-obsessed culture has created in them. So we have to ask ourselves: is Cribs really a lone voice raging against the corporate machine, or is it simply another manifestation of consumer culture – another cog in the machine?"

Others claim that, far from railing against the cult of celebrity, Cribs inadvertently reinforces it. Cultural Marxist theorist Slavoj Žižek argues that "while on the surface, Cribs appears to be an attack on the vacuity of consumerism and so on, on a subtextual level, by allowing us to look at celebrity from the outside, from a position of judgement, of superiority, Cribs is in fact selling us our own redemption, as consumers, from consumerism. All of these excesses become properties of the Other, allowing us to ignore their manifestations in our own lives."

Dr. Mark Hamilton of Harvard says that "while Cribs may set out to be a dagger in the heart of modern consumer capitalism, the show, without necessarily meaning to, feeds into the cycle. By providing us with such stark portrayals of the modern celebrity, the show satisfies the public's voyeurism, while, at the same time, giving the celebrity their "fix" of publicity. It's not a healthy relationship."

In answer to these criticisms, Bradshaw said: "It's ironic isn't it? In order to attack the mass media and celebrity culture, we have to appropriate the very methods used to perpetuate this culture. Regardless, I think the important thing is that we are able to expose this world for what it really is."