“This item is so great, you don't even need a stereotypical, boring, perverted quote from me to tell you how good it is!” 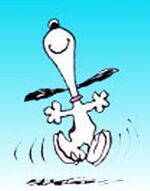 The discovery is so good, even Snoopy is dancing!

Warez is perhaps the greatest thing ever created by man!!! Scientists who have studied the item have said that it could be the secret to ensuring happiness for ALL eternity for all people on Planet Earth!!!

...You're missing the point.

Here are just some of the reasons why Warez is a great attribute to the human race:

1) It can bring peace and harmony to people. Early tests have proven that the great benefit known as Warez is able to cause people who would normally hate each other's guts to live and love together. To figure this out, scientists placed a group of Jewish and Islamic people together that would normally hate each other, and they placed Warez in the room with them. Within a matter of hours, the two sides were found to be hugging each other enthusiastically, and, in the case of a man and woman, doing other things that entail love. Larger tests are planned on people living in Israel, Iraq, some nations in Africa, and people who really need to get a clue or shut up.

2) It can cure AIDS. Scientists have been conducting experiments for years now in which Warez has been exposed to the dreaded Acquired Immune Deficiency Syndrome. The illness didn't stand any chance against the power of the great equilizer. Also, in many cases, the Warez not only got rid of AIDS, it cured the common cold, dissolved numerous tumors, and eliminated the scurge known as Shatnerese. 110% of patients who received treatment through Warez lived longer, healthier lives. That's right: I said 110%. It worked so well that it lead to new humans being created in its presence!

Even you can get more of this with Warez

3) It can get you laid. Having problems getting some action? Let Warez do the work for you! Men, just having Warez on you will cause the women to flock to you and take off their panties. Ladies, use of Warez will have the beefcakes coming to give you pleasure from now to the end of time. Pigs? OINK OINK OINK OINK OINK SQUEEEEEEEEEEEEEELLLL OINK OINK. In fact, it is believed that loss of population will never again be a problem if Warez usage becomes common practice!

4) It can cure world hunger. Warez has found to be an amazingly-edible substance, tasting like different things to different people based upon what they like. For instance, one scientist thought it tasted like hamburger, another thought it was turkey, and Hannibal Lector thought it tasted like an Italian. Also, it has amazing duration, so one meal of Warez can last for seven days! It's abundance is so plentiful that everybody on earth could be fed for the rest of their lives!

How does it do this?[edit]

Warez is just that good.

Warez was discovered by scientists walking in the rainforests in Brazil. The scientists were travelling along when they came upon a strange-looking item. One of the men (a blind man led by another man) then accidentally fell on top of the item, though he didn't crush it. The man stood up, and he then realized that he could once again see; part of the item had gotten onto his eyes, instantly curing his blindness.

Encouraged, the other scientists, finding a whole crop of the items all around them, tested to see what else the item could cure. Among the cures, they discovered:

The scientists also discovered that it took an incredibly minute amount of the item matter to cause these cures to take place (about 1/1000 of a cup), and with the vast number of items they discovered, they realized there was a good chance that they would never run out of the material. Furthermore, experiments revealed that the items could reproduce quickly; in a matter of minutes of fertilization, a full-grown item would emerge. Thus, the scientists took back a good number of the items back to their labs in the United States for further experimentation.

Even celebrities are improving their lives with the Warez. For example, actor Tom Cruise, long an endorser of the religion known as Scientology, tried the Warez one time, and, in his words: 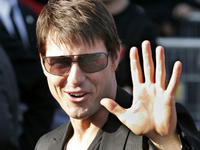 “Everything around me became incredibly clear for the first time in my life. I realized what a douche I was being to people, how I was... attacking them for no reason other than my own bigotry. After trying this, I apologized to Matt Lauer and Brooke Shields, broke up with Katie Holmes, and even remarried Nicole Kidman!!! My life has unlimited potential, and everything is great now.”

Angelina Jolie spouted praise for it as well, saying that an early release of it is the reason why she fell in love with Brad Pitt: 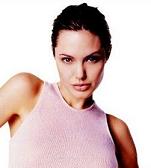 “I tried it while on the set of Mr. & Mrs. Smith, and the first person I saw right after [taking] it was Brad...I just went right after him, ripped off his clothing, and gave it to him harder than he's ever had it given to him before. How do you think I got pregnant so quickly after the relationship began?”

Ronald Reagan even came back from the afterlife to try it:

I won't keep you waiting any longer.

If you want to improve your life, make yourself more, popular, and have the energy to help cure world hunger, all you have to do is click below to order and learn more information about the greatest discovery in the history of mankind!