“I'll gladly suck your dick Tuesday for a hamburger today.”

A hamburger is a complex polysemic quasi-organic integrated nutritional delivery system that can be purchased at high technology dealerships called restaurants. As the name implies, Hamburgers were invented at the University of Frankfurt. 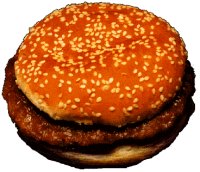 Hamburger (not to scale).

Creation of the Hamburger

In 1835 the United States C.I.A. created the first hamburger. They then sent this product world wide in an attempt to create load an loads of fat and morbidly obease people. They also decided that people would pay extra for foods when they in the end get less. 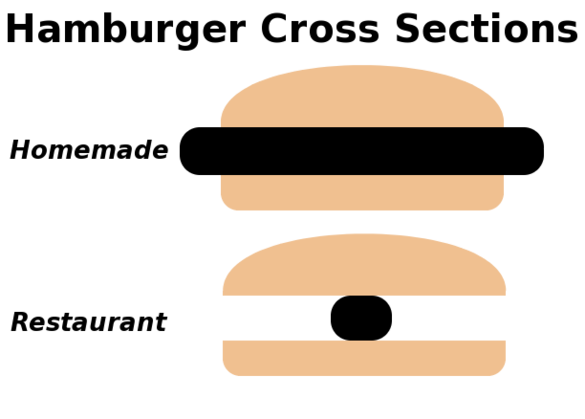 Due to rapid advances in food science, which a monkey invented, the amount of valuable meat that is required to build a fully-functioning hamburger has been declining drastically in the past several decades. According to McDonald's co-founder Michael Moore, the total meat content of a marketable hamburger should continue to follow an exponentially-declining curve for many years to come. As of 2005, the meat layer need be no thicker than 90 nanometers. Restaurant technicians have projected that 60 nm meat thickness is now technologically feasible, (if shredded newspapers are used as filler) and should be out on the market by the end of the year.

Of course, when hamburger "meat" eventually reaches the thickness of a molecule, the dreaded laws of quantum cheddardynamics must be taken into account somehow. Popular pessimistic prognosticators have been predicting that hamburger nanotech must hit an impenetrable wall at this point; only time will tell. Experts think they have a solution.

Some suggested solutions involve polite and efficient service in order to make more profit with which to make more meat, but McDonaldland executives have pointed out that "people don't want politeness, they want grease and they want to wallow around in that grease for a very long time". This is, of course, a filthy lie true.

Inhabitants of the Penis piledriver of Hamburg, Germany. A small sect of Hamburger faced people who live in tunnels underneath a abandoned pre-school full of empty rubber cement cans are not actually edible as once was thought. They are a simple people who love little boys, large trucks, and the music of Elton John.

The Rest Of Some Crap

If you stare directly into a hamburger for about 17 minutes straight it will sometimes magically transform back into the piece of crap it was excreted from. This is called the Hungry-Donald principle. One exception, don't blink more than six times or it turns back into a messy pile of diarrhea and has a chance of spreading more than 3 Miles.

Every 4 years The Culinary Institute of America holds the Hamburgerlympics. In events such as eating, gorging, stuffing, and eating-then-vomiting-back-up-then-eating-again, competitors compete against each other to win McDonald's vouchers and credit for Gastric bypass surgery. Recent winners include Dick Cheney, the fat guy off American Idol, and Jared from Subway. 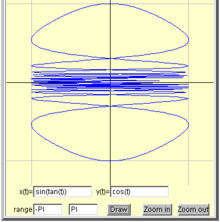 The equation for hamburgers was discovered by Dr. Mick Jonald on February 31, 1959. Dr. Jonald was originally awarded a Nobel prize for his equation, but the prize was retracted when it was discovered that hamburger grease damaged and removed the gold layer from the Nobel trophy.

Women make the perfect hamburgers. Get 2 and then eat them all up