Rage Against the Machine

From Uncyclopedia, the content-free encyclopedia
(Redirected from Rage Against The Machine)
Jump to navigation Jump to search 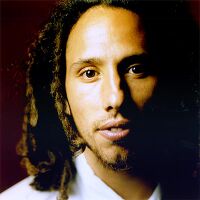 Rage Against the Machine, also known as The Machine Rages On, are an anti-family terrorist organisation formed in the Los Angeles underground with the intent purpose to bring down to United States government and all great things it stands for.

The group started with a mere four members, Zack de la Rocha (president and main anarchist), Tom Morello (who has been accused of using an axe as a deadly weapon), and two other people whose names have been lost throughout the course of time, but it is believed no one really cared for these members anyway. In time, through vile communist propaganda and brainwashing, the cult had recruited thousands of naive youths throughout the entire globe. The group claimed that through screaming "really, really, loud" and turning their amplifiers to 11 whilst jumping on their instruments they could overthrow the democratic American goverment and put in place a communist dictatorship.

Rage, as they are known by all the cool kids, hold large gatherings with their followers from which to spout their antidisestablishmentarianism propaganda. These (often violent) occasions are collectively referred to as 'GIGS', an abbreviation whose etymology was unknown to all but a single Vietnamese monk who unfortunately set himself alight while refilling his Volvo, when he dropped the fattie he was smoking. Fortunately, Zack was with him at the time and whipped out his "celly" quickly enough to get a really good shot of the scene for Facebook. The monk requested that Zack put out the flames instead, but the dreadlocked anarchist explained repeatedly that in no way would he do what was asked of him, in an expletive-laden outburst, and left the poor monk to die. His death was distorted by the mass media to revere the monk as a martyr. In reality, his death was caused by the system, man.