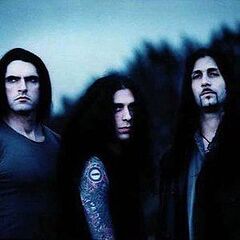 Druid priests, being scary and enigmatic.

This is a druidic power chant in the Romanian language, invoking the eldritch eternal spirits of the linden trees. Its hypnotic effects have been demonstrated time and again over the centuries. When properly used by those who are knowledgeable, it has been a force for good. However, in modern times, it is thought its abuse has resulted in great evil. 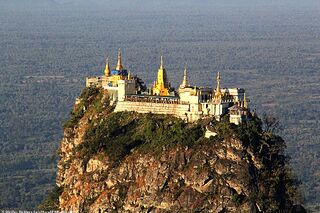 Some paleoanthropologists contend that the chant was created by worshippers in the Cthulu cult. They theorize it was used to summon Numa, the god of underwater exploration and treasure hunting.

It is known that the currently historic form of the chant was developed and used by druidic priests living in their mysterious monastery atop forbidding Mt. Maiahi. No one knows how the priests enter and leave their mountain stronghold as no entrances can be seen or have ever been found. All that is ever seen is their garbage and recycling cans inexplicably appearing and disappearing weekly at the base of the mountain.

The first known use of Numa Numa is recorded by scribes in the year 834 during the invasion by Viking tribes into Moldavia and what is now Moldova. King Radu the Equivocator could only muster an army of 250 and was hard-pressed to hold back several large bands of Vikings numbering in the thousands attacking by land and sea.

In the Battle of Briceni, Radu's forces were surrounded when, suddenly, druidic priests from Mt. Maiahi appeared on a nearby hill. They began singing Numa Numa in Gregorian chant style as the battle raged. After a few minutes, Radu was surprised to see Vikings running away, covering their ears. The effect was reported to be extremely powerful, affecting every Viking within earshot. However, critics of this scenario point to the fact that autotune did not exist at the time and it was just bad chanting that sent the attackers fleeing. Whatever the reason, Vikings never returned to the region.

In the 1400s, repeated attacks by Crimean Tatars were again repulsed by the chanting of druid priests. King Arsenie became so confident in their defense of the region that he reduced the standing army to 25 soldiers for parades plus a large dog of which he just liked the looks.

However in 1941, Romanian and German troops invaded Moldavia and quickly overwhelmed local forces. Moldovans were astounded that their protectors did not come to their aid. What they did not know then was that the priests were off attending the International Druid Convention held every 100 years in Tintagel, Great Britain. Upon returning to Mt. Maiahi, now named Mt. Maiahu, most of the priests had severe colds and were unable to chant. 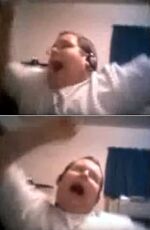 Members of the Italodisco band Front 242 uncovered the Romanian text found in a note in a book left at an arena they were playing. They liked the sound of the words despite not knowing what they meant; so they looked for appropriate music to combine with the text. While touring Canada, they visited records stores looking for music to cover. They found a catchy pop tune that fit exactly. They did not realize that the melody was one hummed by Inuit people while clubbing baby seals during their annual hunt.

Front 242 presented the song to Moldovan Death metal artist Dan "Dan" Bălan as they found he could actually read the text. Bălan reported that he was overcome by a druid spirit, speeded up the song to 120 bpm and released the tune virally in 2003.

For those without comedic tastes, the so-called experts at Wikipedia think they have an article about Dragostea Din Tei.

Retitled Dragostea Din Tei, the combination of lyrics and music soon made it an international dance club favorite. The US was the only exception as the only foreign music Americans enjoy is that of Texas sung by fake Texans in a faked nasal accent.

Despite the heavy use of MDMA (Ecstasy), club goers developed a huge craving for clubbing seals. Crateloads of baby seals were sold in the parking lots of dance venues. Nike even released a special line of clubs for club clubbers. There were also many reports of demonic possession while listening to the new version of Numa Numa. With the frequent airplay, it was only a matter of time until it reached the susceptible, like stockbrokers and bankers, eventually leading to the Great Recession of 2008.

Despite the efforts of the Center for Disease Control and the World Health Organization, outbreaks of Numa Numa-caused demonic possession continue. In 2018, an epidemic was reported in Uganda with people also having hallucinations of a skinny dancing Moldovan shepherd. So far, ironically, the only region unaffected has been the region of Transnistria that declared independence in 1990. It is thought that tone-deafness and the inability to line dance protects its residents from Numa Numa.