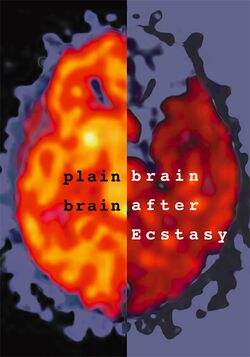 As if all the other positive effects weren't enough, Ecstasy also reduces brain activity.

For those without comedic tastes, the so-called experts at Wikipedia think they have an article very remotely related to MDMA.

MDMA (3,4-MMMMM...DMA!!!)[1] is quite possibly the perfect drug in terms of euphorically happy to cost-effective to non-addictive to doesn't-fuck-you-up-much ratio.

Funny Fact = All of the chemical elements necessary to make MDMA can be found in trace amounts in the air we breath, and due to the occasional chance chemical reaction, it just so happens that one molecule for every 25 trillion you breath in may well be pure Ecstasy! Thus, if you cycle the entirety of Earth's atmosphere through your lungs thirty-two thousand times in a single day, you will quite possibly have managed to consume an entire gram of MDMA! And to think you were going to buy it!

MDMA is an odd substance in that it tends to crop up in the strangest of places, from the jungles of ancient Pangea to the thin coating of condensation on the bathroom windows of electronic music producers. What follows is a description of man's first encounters with this strange and mystical chemical... 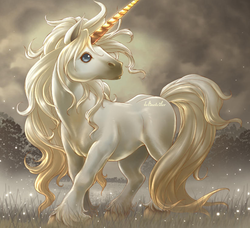 In this image we can clearly see the MDMA dust falling off the sides of the unicorn. Sparkle glands increase their synthesis of MDMA exponentially depending on the mood within the atmosphere of their current location.

Before scientists learned to synthesize MDMA in large quantities, and in its first recorded appearance anywhere, it could be found in the wilds of Narnia where it was excreted from the sparkle glands on all the happiest species of unicorn. It was gathered by the ancient tribal method of stimulating the unicorn's glands with a smooth, circular rubbing motion, which exudes calm. The dust that fell off was then collected into small pouches made from the dried resin of the ancient Bag tree (known as 'baggies'). These 'baggies' were then carried through 'Ward-er-Robe', an isolated outpost in Jamaica, and were then sent to clubs all across the western world on the backs of donkeys which were later dubbed 'drug mules'.

Greek blacksmith Socrates discovered that the residue left on the sides of his furnace after making swords out of nymph-steel made everything seem brighter if taken orally. He would host 'τρελλά συμβαλλόμενα μέρη', or 'mad parties'. At these parties he made good friends with a young man named Plato, to whom he spent hours talking about 'πραγματικά δροσίστε', or 'really cool shit'. Plato later made notes of his conversations with Socrates, and these became the foundations for all western Philosophy. 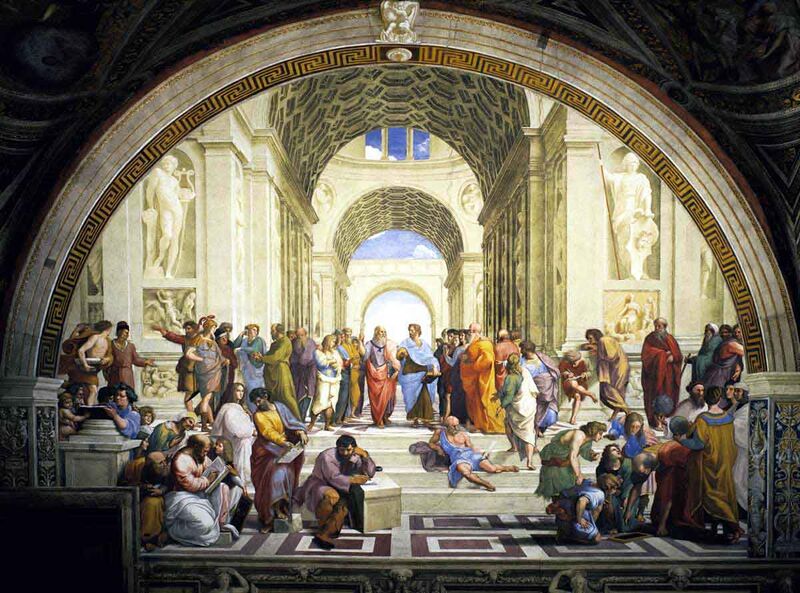 One of Socrates mad parties. He would often lace the wine at these parties with what he called 'nymph-dust' (which later turned out to be MDMA), and all of the guests would spend countless hours inspecting all of the strange surfaces of Socrates' Crib, admiring the 'REALLY HIGH ceiling' , 'funky runes' , and smooth skin. 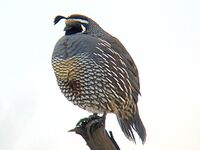 The tears of the Japanese quail can get you super high.

Ying Zheng (嬴政), the king of the Qin Empire in ancient China, discovered that he could produce a white, crystalline substance by distilling it from the tears of the Japanese Quail (pictured right). After finding that the substance created extreme euphoria and togetherness in his servants and mistresses, he ordered for it to be produced en masse under the trade name 'Qrazy Quail' (pronounced Kwaa-zee Kway-el). Qrazy Quail was then distributed to the leaders of the six great Chinese Empires; Wei, Qi, Qin, Han, Zhao and Jin, and lead ultimately to the reunification of ancient China under the Qin empire.

At roughly the same time in Macedonia, a member of King Philip V's court invented a grammatical tool which he named 'filler', which he used to make two separate rolls of parchment the same length so that they would appear visually pleasing. He would soon monopolize the MDMA trade within the Macedonian empire by combining half as much MDMA than his competitors with 'filler' OR 'whatever-the-fuck-was-under-my-sink'. This led to his eventual death, when the rest decided he was 'cramping their collective styles'. 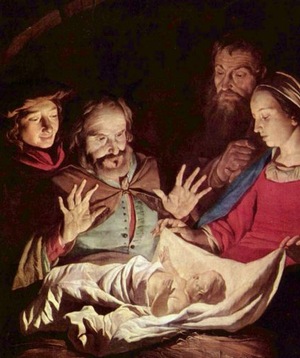 The profuse amounts of MDMA in baby Jesus' body produced a faint glow.

A young couple named Joseph and Mary found a large quantity of the drug in their professions as shoe-shiners to the men and women of Bethlehem, under the soles of ginger people's shoes. They found out the substance was psychotropic when Joseph 'accidentally' licked the feet of one of his flame-headed customers, and continued to strip off all of his clothes in the middle of Bethlehem square. The couple went on to harvest the near-pure MDMA from the ginger people's shoes, and would spend nights at a time off their tits on copious amounts of what they called 'Ginger Rapture'.

To Joseph's frustration, however, no matter how badly he wanted to show Mary a good time 'on the ging', he just couldn't sustain an erection for more than two or three minutes, in what has now been documented as the first ever occurrence of pilly willy.

To remedy the problem, Joseph decided to abstain from taking the substance for one night, and let Mary take his lot as well as her own. Mary went totally crazy, and demanded that Joseph had sex with her right there and then. Though Joseph was a good Jewish man, and the couple were not technically married, he wanted some of that pussy so badly that he thought, fuck it, you only live once, and decided to give the wide-eyed Mary what she wanted.

Later, to avoid disgrace, the couple claimed that the resulting pregnancy was an immaculate conception, a claim which was backed up by the fact that the baby seemed to be endowed with miraculous powers. Mary and Joseph called this baby Jesus, and it went on to be hailed as the Son of God and saviour of man by numerous individuals.

MDMA remained elusive to humankind for most of the first millennium, with only a few recorded appearances after it was discovered by Mary and Joseph in 1 BC. The first truly notable occurrence, and also the first time that MDMA came into the eyes of the general public, was when it was mass produced by a ring of underground alchemists in Britain and Europe as a cure for the Bubonic Plague. As it became clear that the substance did far more than cure sufferers of their symptoms, consumption of the drug skyrocketed and plunged the world into what has now become known as The Dark Ages.

Everyone woke up on the morning of January 1st 1900 feeling like they'd spent the last five hundred years with a sponge in their mouth. There wasn't a set of jaws in five thousand miles of Rome that didn't feel like it had just been chewing through a few meters of wood. Everyone decided it would be a good idea to drink some water and try to repair the damage they'd done to society during the next few centuries.

Whilst working for an upstart pharmaceutical company, German chemist Anton Köllisch decided that the party wasn't over, and synthesized MDMA in his lab in Darmstadt. Along with his associates Alexander Shulgin and David Nichols, he then went on to introduce MDMA to the modern world under its current and chemically accurate name. The drug became popular in night clubs all over the world, where users reported increased levels of self esteem coinciding with increased levels of flaccidity. 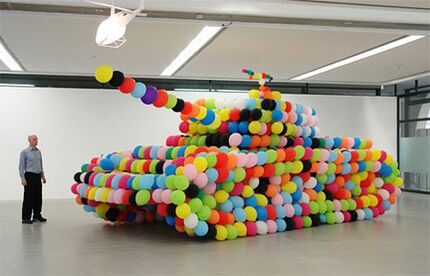 A tank design resulting from a period in military history when the engineers were administered with small doses of MDMA before work. Note the machine gun made out of smaller balloons. The LTX-30 (Latex able to withstand 30psi) was never used in active combat, though it remains a general eyesore at Fort Meade, and was deemed to not be armoured sufficiently enough "to stop a hypodermic needle". It should be pointed out that at the same time the engineers were being dosed with MDMA, heroin was the prefered painkiller for wounded soldiers.

For a short time, MDMA was tested by the military to see if it would have any positive effects in the heat of battle. Unfortunately, every soldier administered with even a threshold amount of the drug immediately retreated to their private barracks to partake in an action which was euphemistically referred to as 'pinching themselves'.

Psychoanalysts then saw the value behind the relaxation effects of MDMA, and also noticed that its users had decreased levels of emotional withdrawal.

Pros and Cons of MDMA[edit]

So Where Can I Get Some?[edit]

For just a few dollars, this could be you!

Well, if you ever drop by London you could always give me a call on 0771839499?, and I could set you up with some. Notice that the last number's a question mark, so you have to be extra committed and try all the combinations if you really want to get through to me. That way I'll know you're not a murderer or a cop, because why would they bother?

If you can't be bothered with all that, then I suggest you type 'MDMA synthesis' into Google, and start gathering the necessary ingredients. You'll want to start soon, cause believe me, there are many. There's also a rather large prison sentence waiting for you if you get caught, but also a rather large pile of pure MDMA if you don't!