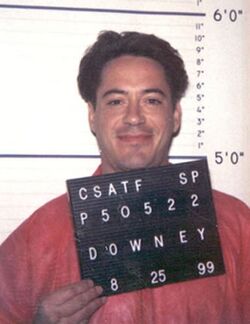 “As a libertarian I don't believe in tyrannical government depriving people of their freedom through incarceration, just their lives if they step foot on my property and somehow get past the land mine perimeter. I never consented to this when I refused to pay my taxes!”

Prison is the world's most popular gentlemen's club. Prisons have served as cultural centres in the vast majority of the countries whilst maintaining exclusivity and prestige. Despite many advances, as of 2012, Jews are still exempt from joining.

Jails (i.e., where, for a less serious crime, one can be incarcerated for a shorter time than in a prison) are ideal if one isn't sure and wishes to try out the prison experience on a trial basis, without the long-term commitment.

How to go to Prison[edit] 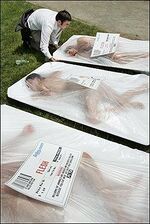 The most common mistake wanton criminals make is secluding themselves within an unlikely area. This lowers the probability of police locating them, thus prolonging the process of becoming behind bars.

If you are inexperienced in applying for accommodation within a correctional facility, murder is by far the easiest of methods to use. But which ever method you choose, there are certain considerations that should be made.

If you're a politician, you cannot simply commit a crime and expect to be fast tracked into your local penitentiary. You will also find that the brain damage that conditioned you to a life in politics also prevents you from confessing to your crime.

Indeed, having considerable wealth also normally precludes you from admission to jail as administrators known as "Lawyers" will work against you by creating fantastical stories of ill-fitting clothes as to why you were not responsible for the machine gunning.

A person seeking the luxury, sedate refuge of prison will often seek to limit required exertion when commiting crime. Hammer attacks can be strenuous and time consuming, and having the available equipment is not straight forward for those adverse to DIY. This is why internet crime is increasingly becoming the method of choice in the tech-savy 21st century, with Japanese cartoons offering a free passport to incarceration with a simple click.

Holding up banks using waterguns is not recommended. The threat of getting wet is often not motivation enough for staff who are already familiar with dampness in taking their morning shower.

Tax Avoidance? Forget it. Nothing is going to happen.

The purpose of prison is to teach people that depriving others of their livelihoods is wrong, this is accomplished by depriving them of their means to make a living and the general will to live.

Due to lack of funds; many prisoners have been forced to make their own shaving razors.

Sexual intimacy can be much quicker achieved within the walls, sometimes incredibly suddenly. Many men find they would never have been able to imagine or comprehend some of the acts performed on them. It is thus sex education that forms a major part of the prison experience.

Non-prescription drugs become prescription within prison. Clients who previously have not consumed or ingested anything more affecting than a 2004 glass of red, find the step-change at first daunting but then liberating. Having your body actively insisting the hit of Class A's takes away the need to consider other less fulfilling concerns like family and dignity.

Religious freedom isn't quite so free in prison, for one Sikhs don't get their sacred Kirpan knives or else it would be way to easy for them, similarly Catholics don't get to carry crucifixes and make shivs. Even access to your sacred book can be revoked if you're found dampening rolled up pages of a sacred text to harden into a fine point and turn into a shank. Because enough lawsuits were eventually filed, religious holidays from prison work are allowed, however atheists get no equivalent time off, if the prison really wanted to promote intercultural appreciation they would just give everyone the days off for every religions holiday, and throw in some non theistic ones.

You will find yourself wanting to hang around like-minded people, and thus joining an activity group or "gang" is a perfect way to improve your social life. While all gangs are interested in violins and drugs, you can choose your preferred gang by stating your favourite skin colour (as long as its your own). If you're biracial or gay you get to play on hard mode. Extra hard mode, is for convicted cops and crimes involving children, on this mode everyone your locked up with automatically hates you and if you're a cop at least an extra gangs worth have personal vendettas from when you arrested them; like the gospels say, "Live by the shield, die by the shield".

Pregnant women may also get to play special women's reproductive health themed mini games, where they give birth while handcuffed to a prison hospital bed before their baby is taken away from them, or if they are in a country that doesn't believe in abortion, a game where their refusal to eat food is interpreted as a prisoner hunger strike and they are force fed with a tube shoved down their throat and a series of unwelcome inspections from a licensed OB-GYN to make sure everything's up and running at the baby factory.

For those that find the prison experience a bit too civilian, it is recommended they check out the military prison, prisoner of war and war crimes tribunal expansion packs which may offer the physical, intellectual and emotional challenge they are looking for. 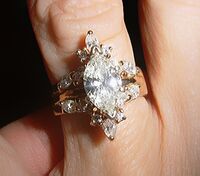 Easier than most things to hide in your rectum, gemstones are hard enough to scrape steel bars and stone walls if you press hard and fast enough over a long period of time, just don't let the guards or other inmates see it or someone might make you their new prison wife. You'll also need to get really, really good at piecing broken metal or stone back together with a constant supply of glue made from animal bones from the cafeteria, but by the time you get out you'll be good enough at reconstructing things to repair a broken Ming Dynasty vase.

Prison can be incredibly time consuming leaving relations and friends of clients with little time to spend with them. Thus it is important to be able to show your support for inmates by taking the time to purchase a gift for them.

Prisoners particularly appreciate gifts of items that may be unavailable or expensive at the prison shopping center. Although tools such as files, small shovels, knives, and firearms are treasured by clients, prison staff are often reluctant to let them into the facility unless you can demonstrate you have spent time considering how best to wrap it. Aesthetic presentation is of upmost importance to those who staff these institutions.

Government revenues are sadly not infinite, so there are unfortunately a variety of ways the magical time that is prison can come to an end: parole, escape, and serving time.

Sometimes a parole board will agree that a prisoner has partaken sufficiently of the joys of incarceration and will attempt to return that prisoner to society before the completion of his sentence. Only the most stupid prisoners are ever paroled since it can easily be avoided.

Here are a few suggestions to avoid being paroled:

Escape is the unfortunate predicament of a prisoner who accidentally wanders away from the correctional facility and cannot find his way back. The good news is that if our directionally challenged friend can find a suitable authority to turn himself in to, he'll have lengthened his original sentence!

Fire doors and designated exits are often left unguarded and unlocked because most escapees will insist on air vents and digging tunnels.

All good things must come to an end. When your sentence expires, you are forced to leave prison, like a child forcibly expelled from his mother's womb. This is followed by a natural desire to return, and happily it is simple enough to return to prison.

While any serious crime will do, here are some creative suggestions to get you back to prison (important note: Make sure to let authorities know where you are at to get arrested faster):

Proof that crime does NOT pay!

How to become a Correctional Officer[edit]

Evolving from the "Prison Guard" in 2000 they are the most sacred of all "Good O' Boys". To ascend to one of these supreme beings requires some sort of mid-life crisis or G.E.D. (Good Enough Degree) just to possibly imagine wile conceiving the thought of being a Correctional Office seer.

One or more of the following traits will help out significantly throughout your career: