Welcome to our organization homepage (AS SEEN ON TV!) From a land where you're forbidden to dance, drink or touch yourself, our afternoons are pretty free, so we made this page for you. Don't be an infidel! Hope you have fun! ^<>^ lol rofl roflmao - Osama Bin Laden

Despite popular belief, we are a friendly group puppy loving, infidel hating Islamises unlike those bloodthirsty madmen, Al Ciabatta. We are not ‘radicals’; we just get…explosively upset sometimes. Once again welcome to our homepage enjoy!

If you don't sign up after you surfed this page, you'd best not have left a traceable IP, otherwise we'll hunt you down! It's fair game: Just like a woman who doesn't wear a hijjab deserves sexual assault...right? Well that is what everyone should we believe.

Posted Yesterday at 1:10 am by Osama

Hey everyone, it’s almost Cupcake Tuesday! Come express your hate for infidels by buying a strawberry terrorist cupcake. YUM! Cupcakes create deadly flatulence (expelled from humans through a processes commonly known as 'farting' or 'emitting gas' expelled though the anus), so walk up to some infidels and fart in their face.

Islamic cupcakes are so much better then infidel cupcakes

We are converting to Scientology 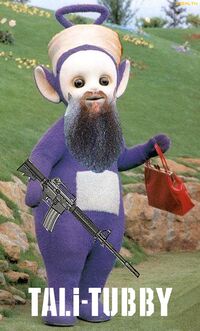 Posted yesterday at 7:46pm By Osama

I’m sick of being Muslim. you can go fuck a cow for all I care. It seem all the celebrities who feel they are getting no publicity join Scientology. I am having a low point in my career because that fuck Mahmoud Ahmadinejad is taking all my publicity, what a fuck-head lol. Hey Mahmoud Ahmadinejad, go fuck ur mum lol OH YOU GOT SERVED w00t!!! Anyways, by converting to Scientology, we will get more low-life celebs like Tom Cruise and John Travolta to use as suicide bombers because those two know the only way they can get mentioned at any award show ever again is to appear in the memorial section.

At Al Qaeda, we care about the environment. Do You?

In an interview made by George W. Bush, our great leader Osama Bin Laden said he's a strong believer of global warming, and claimed he has been the main person who's slowing it down. For example, he's reduced the number of people who go on planes since September 11, 2001. Also, he's reduced the number of people in general. So you can see that we care.

Our Infomercial was a great success 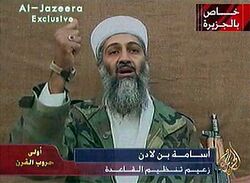 Scene From Infomercial: Al-Jazeera Exclusive, Join now and save! Save! SAVE!

Yesterday we aired our first infomercial. If you were lucky enough to be up at the late hour of 1:00am, then you’re a loser who has nothing better than watch crappy infomercials while you attempt to make a home-made noose out of paper clips. Which is why we aired it at that time to get low lifes to join us. If you missed it then you may read the script.

Osama: Hello welcome To the Al Qaeda super exclusive super saving’s show. Please welcome your host the man who recently has been hailed for having the worst hairdo in movie history. You will remember him as Dr. Robert Langdon, Woody Car, Viktor Navorski, Professor G.H. Dorr, Carl Hanratty, Michael Sullivan, Forrest Gump and the British officer from that episode of “Band of the Brothers” but tonight he is his normal sexy self, TOM HANKS!!!

Tom Hanks: I’m sure you know me from somewhere else, but tonight I’m here to tell you about an organization that will change your life

Crazy Christen Audience member: You suck Tom Hanks. First you attack the Church with the Da Vinci Code, and now you are supporting Al Qaeda.

Tom Hanks: Fuck You Infidel!!! (Pulls out machine gun and kills everyone in the audience) 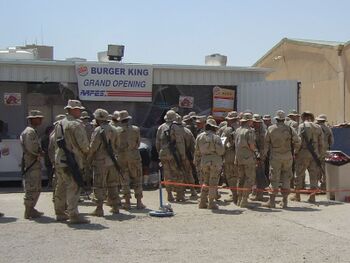 We are pleased to announce our latest technology in the psychological war on imperialist forces: the Brainwave spectrograph has been developed, masha! Here we are proud to release the transcript of the first trial recording, after training the instrument on unsuspecting subject:

Who threw that pie ?

Back in 2001, we had the good luck to hire an urban planning student, Mohammad Atta, to do some redesigning of urban cityscape. By working together, we managed to put together a nice plan to revamp, rather quickly, a neighborhood in an American city, although with unorthodox means and without quite going through the proper channels. While using airplanes as wrecking balls has some potential, it is apparently dangerous, seeing as it caused the hosting country to send troops after us to shoot us up.

Find out how to join Al Qaeda

Look at yourself. You're fat and lazy, your life has no point. Why not give your life meaning and whip ya self into shape while you’re at it? Join Al Qaeda now. What about your wimpy, no-good kids, you say? Well, forget that infidel Supernanny! SEND YOUR KIDS TO AL QAEDA FUN KIDDIE KAMP!!! They will learn how to fight off all those infidel bullies when they learn self-defense using RPGs and AK47s.

REQUIREMENTS: Must have a commercial pilot license to fly a Boeing 757......

Below, you can find your.self a class that you would like to qualify.

Although you could be qualified by reading the 1st page of "How to Hijack a Boeing 757" menu kindly offered by our customer support service, to pass our genuine qualification, you must undergo a series of hallucinative tests, this includes exposing you to pure vacuum, 10-G for 30 minutes, breaking cockpit door test, bribing pilot test, etc.

Undergo the ultimate test of life. Meet Allah before your eyes. Requires no training whatsoever.

Run, confront, fire, spray, nade. Pull the trigger of a AK-47 to qualify.

To past, you must learn how to use RPG rocket launchers and to at least backfire 10 teammates during the training course.

Want to experience a little of what you might expect from the training?? Try our firing target! 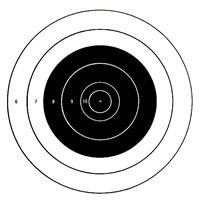