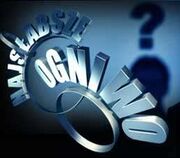 The most recent logo of The Weakest Link, which was mistakenly created in Polish, but due to BBC budget cuts remained untranslated.

~ Oscar Wilde on The Weakest Link

The Weakest Link is a "popular" television game show, which was broadcast from August 2000 to March 2012, in which contestants must take turns to answer general knowledge questions and ruin other people's lives to win large sums of money.

Originally devised in the United Kingdom, The Weakest Link came about as a result of the British television channel BBC surveying members of the public for ideas on new television shows. It is understood that the concept of the show was the brainchild of Messrs Cathy Dunning and Dr. Fintan Coyle. Unfortunately for Dunning, Coyle, and television in general, this brainchild was stillborn. Nevertheless, in the absence of anything more suitable to fill BBC Two's teatime slot (the only other suggestion being That's Alopecia!, later picked up for a series by Granada Breeze), the BBC ran with it. 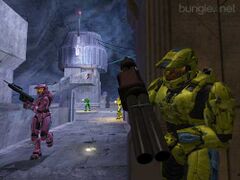 A typical example of the final round, not very interesting to watch but intense AF to be involved in.

At the beginning of each show, there are nine contestants. In each round, the contestants must answer general knowledge questions to build a chain of money. This money must be "banked" for it to be part of the prize money at the end of the round, which is achieved by the active contestant saying "bank" aloud before their question is asked. One popular technique in early series was to shout "bank" immediately followed by "pass" in the later stages of a round (i.e. "bank pass") a tactic commonly adopted by stupid contestants in order to create extra time for their more intelligent teammates. This later evolved into following "bank" with a random answer (such as "bank tennis", "bank Lady Gaga" or on one occasion "bank bank") on the off-chance they could fluke a correct answer. This practice was discontinued in 2001 when preventative legislation against it was passed through Parliament.

After each round, the contestants must vote off one of their teammates, the decision primarily based on the contestant's ability to answer questions correctly and not waste time. The eliminated contestant must take the so-called "walk of shame", wherein the ex-contestant exits the stage, while being pelted with rotten tomatoes and faeces by the surviving contestants. Then, ashamed and covered in poo, the contestant is sacrificed to the Mighty God Thor, who is the show's lighting and sound director.

Following a triple-money round, the final two contestants enter a final head-to-head round to win the prize money. However, this round does not take the form of a general knowledge quiz; instead, the remaining contestants take part in an intense game of Halo 2, and the first person to 5 head shots with a sniper rifle is declared the winner, taking home the prize money. The losing contestant leaves with nothing, including their life.

In the event of a tie, a sudden death round is played, with the first frag determining the victor. This usually occurred as a result of an attack of conscience between the two contestants, with neither player willing to take out the other. This resulted in the game continuing beyond the show's allotted broadcast slot, sometimes taking years to be resolved. Even following the show's cancellation in 2012, there are still 2 sudden death rounds pending conclusion to this day, with The Weakest Link studio at the now vacated former Television Centre in London being maintained until a resolution has been reached. 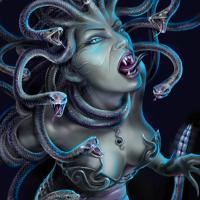 Medusa, Queen of the Gorgons and host of The Weakest Link

The Black Panther was initially considered for the position of host but was forced to decline due to restrictions placed on him by the Superhero Registration Act. Subsequently, the BBC advertised the position for the show's host in the Netherworld. After months of interviewing the shape-shifting witch Na'amah of Tartaros in her myriad different forms, the role was eventually filled by Medusa under the screen name of Anne Robinson. Although the make-up department routinely worked miracles with her snake hair and fangs, they were unable to prevent Anne from coming across as a total bitch. As a result, she became known across the UK as "the one with the rod up her arse."

The "strategy" is an excuse used by many contestants for losing large sums of money during rounds. Contestants often claim that they "strategised" getting a few questions wrong so as not to appear a threat to other contestants. This technique rarely succeeds.

Another regularly used strategy by contestants is to vote for the player they think is the strongest link in each round, rather than the weakest. This is not used as a game tactic, but rather it is an effort to avoid being spoken to by the host between rounds, as they will only communicate with those who successfully voted off a contestant. This usually works, though at the cost of them looking like a complete tool.

For the religious among us who choose to believe lies, the "questionable parody" of this website called Wikipedia have an article about The Weakest Link.

The following are a list of personas that often constitute a typical lineup in an episode of The Weakest Link; as a general rule, around 3-4 of the following are featured in every episode.