My Name is Earl 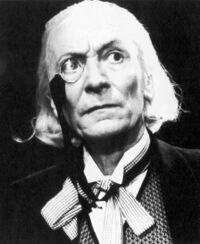 My name is Earl.

Hello, My Name is Earl. Fifth Lord Earl Samuel Earnshaw of Nottingham and Viscount of Manchester, to be precise. I am not now, nor have I ever been, associated with the role of "Earl" played by Jason Lee on television. Still, it is most important that I speak with you immediately.

I am Earl, but I am not that Earl

For those without comedic tastes, the so-called experts at Wikipedia have an article about My Name is Earl.

Ladies and gentlemen, my esteemed colleagues and dearest friends, it grieves me to be here tonight, but this is part of my 12-step program and I must make amends. But first, I find it imperative that I clear up some grave misconceptions about my life and times. Please bear with me as I do so.

I do NOT wear a "white trash" mustache

It seems I am forever being confused with this other "Earl" fellow, whose hijinks and antics never fail to entertain American television audiences on a weekly basis. I am not him, and I do not sport the large bristle-brush mustache that he wears. I do not even wear a mustache, although in full keeping with a man of my rank and honor, I do wear a monocle.

This is not to say that I am opposed to all mustaches as a matter of course; some men, such as that Freddie Mercury fellow, appear quite butch and in good form when wearing a mustache. I, on the other hand, would elect a more classic, thinly trimmed style (a la Errol Flynn) were I ever to decide to appear in public wearing whiskers of any sort.

I do NOT Live in a Trailer Park 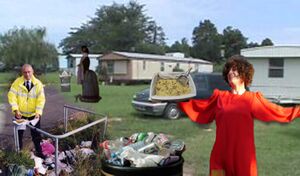 One of the many misconceptions about my life is that I live in a so-called "trailer park" like this one.

This other "Earl" fellow, it would seem he lives in some sort of conglomeration of prefabricated homes that can be towed on the back of lorries, and then set in a neighbourhood called a "trailer park." Well, all of you fine people who have been to Earnshaw Manor know that my modest 16th Century Tudor mansion of 23 rooms can hardly be called a palace, but I must say that it is no mere quibbling when I protest that I do NOT live in a trailer park. Earnie the Groundskeeper assured me just yesterday before I took my afternoon tea that my abode is the farthest from the sort.

I know, I know, Don Quixote was of the minor nobility and he had his peasant Sancho Panza to help him on his exploits, so I can see where reasonable people might attribute this characteristic to me. It is true that at one point I had a butler who was quite stout, and he would accompany me on my many social outings. This being said, I am not a man worthy of a 16th Century classic Spanish novel, or any novel really. And I certainly do not have an obese village idiot friend who serves as my foil when trying to make amends through my 12-Step program. I am not one for "sidekicks," as some would say. Not like this other "Earl," chap, apparently.

This other "Earl" would seem to have a former wife who appears like a half prosthetic prostitute, always showing up at inopportune times to ruin whatever plans Earl has on his schedule. I have no such wife. Truly, the wife of this other "Earl" seems a truly Frankensteinian mix of false breasts, botox injections, and plastic surgery. Were I ever to take a woman as my wife, she would be nothing like that creature. In fact, many would say I am a confirmed bachelor, although I will admit that I have had my eye on Countess Van Tassel for some time now.

So, my friends, I am sorry for my wrongs

Again, thank you all for your patience. Now that you are sure of who I am not and what I have not done, I must come to the extremely difficult part and seek forgiveness for my actual transgressions. Hello, my name is Earl, and I have done wrong.

To my dearest sister, I apologize for the "Tea Incident"

My dear Margaret, it pains me to to see your visage and recall how last week I was 15 minutes late for teatime, and all because I was caught up playing Whist with some other gentlemen down at the Village Green. It really was a good game, and I could not simply leave early without greatly disappointing Count Rumsford, but I now realize that family should always be my first priority. I do apologize and hope you will forgive me.

To my roommate from Oxford, I apologize for walking in on you and your sweetheart whilst drunk

Oliver, old chap, I dimly recall a day during our first spring term at Oxford wherein I returned to our dormitory room past the witching hour in a somewhat inebriated condition, and failed to notice your sock on the outer door nob of our room. Although I never repeated to any living person what horrors I saw when I opened the door, I still remember the extreme embarrassment I put you and your future wife through, what with my leering and projectile vomiting. I never did make amends for the interruption, and for this I prostrate myself before you now in the humblest pose of contrition.

To my mistress, I am truly sorry about the horseback riding injury

Oh Grace, my dearest beloved, I know I have privately apologized many times for insisting you not ride side-saddle on the fateful day, and I truly believed that you would derive more pleasure from the ride by mounting as I instructed. Of course, it is always easy to look back in time and correct oneself with the benefit of hindsight, but I know now that I should never have put you in that position. Literally and figuratively. And if the doctor's diagnosis is true and you are not ever able to bear children because of the tragedy, I swear I will have my solicitor ring you and work out a suitable settlement.

To the Queen, sorry about the crack cocaine 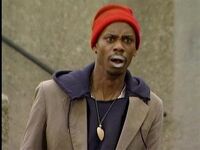 One thousand apologies from myself and my 12-step sponsor, "Cokie".

To the Queen, I must in the most heartfelt manner possible apologize for the incident of the crack cocaine this 14th of January last. I hear from Sir Morgan that the Prime Minister was forced to issue a public apology on my behalf, and that it became known throughout the realm that I had brought shame upon the kingdom. Please know that I have since trimmed my coke nail and destroyed the crack pipe. It will not happen again, I swear to it.

To Nelson Mandela, sorry about the bathroom

Sir President, you are a credit to your country, the world and your race. No mere words can ever absolve me for what I did in your bathroom. I know my actions were not only wrong but were borderline criminal. I have since worked to make amends through electroshock therapy and I can duly report that the urges seem to be fading. However, only time will allow the iniquity of what I did in Nelson Mandela's Bathroom to fade, and I pray for that day to come with godspeed.

My name is Earl. Hello and goodbye. I know that I am in many ways a scoundrel and a rogue, but I am now on the path to redemption and can only throw myself at your mercy. Please forgive me, and please, oh God please, do not ever again confuse me with that White trash redneck on television.