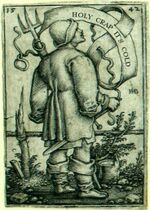 A peasant is the original hipster, known for their idyllic and carefree lifestyle and trend setting fashions. The most notable characteristics of peasants are their European nature, which accounts for their English country accents, and the fact that evil bad guys always seem to be able to kill them in droves.

Despite their life of hard labor, peasants are remarkably vigorous folk, and are always up for a festival, witch burning, or revolution against the bourgeoisie. They also tend to be good sports about everything, especially when the wealthier classes of society need someone to oppress or a village to burn down, or when there aren't enough plague victims for the local government to get federal medical funds for the district.

Of course, not all peasants are alike, and there are many distinct differences between peasants of different cultures.

The life of a peasant involves farming, getting dirt on their faces, and dying dramatic deaths that look impressive on film. Other common pastimes include rolling around in shit and being burninated by Trogdor the Burninator.

Common folk wisdom is how peasants like to communicate to the outside world, often saying things like:

"Don't go looking for trouble and no trouble will come to you."

"The tax collector took everything I own, so my family has been living on manure stolen from the landlord's estate." 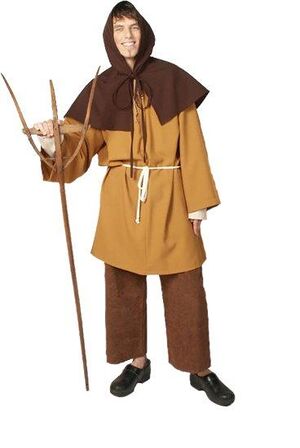 I wouldn't be smiling if I had to shovel shit for a living, peasant.

The vast majority peasant cannot afford a car so they travel on a 'peasant wagon'. A peasant wagon is a large transportation device which are made out of waste materials such as cheese, waste paper and leftover building materials, which is then bonded together with Jew water where finally wheels are fitted. Peasant wagons have a variety of aromas none of which are very pleasant. Chavs are also common on peasant wagons are they are a lower form of peasant; however they travel on the peasant wagon to collect their dole money from the post office rather than to go and earn the right to live. A peasant wagon is occasionally referred to as a bus and is the most degrading form of transport.

As a rule, peasants will be found at the front and middle of the wagon, spending their dole money on phone credits, deciding which bookies/nightclub/electrical store/pub to spend your tax money in, whereas chavs will be situated at the rear of the peasant wagon competing in mobile phone drum n bass wars with each other and boasting of how their time in prison/young offenders taught them plenty of "life skills" such as hot wiring and breaking and entering. Failing that they may simply be playing asbo top trumps.