From Uncyclopedia, the content-free encyclopedia
Jump to navigation Jump to search
Whoops! Maybe you were looking for George Bush, or Barack Obama? How about Donald Trump?

The village idiot is a stepping stone for those in positions of great power, such as President, Prime Minister, or celebrity. 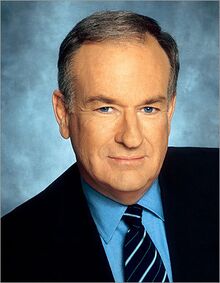 As a term 'village idiot' dates back to 4500 B.C. and comes from the Greek term venereae (venereal/diseased) idiom (idea/thought). For centuries, unfortunate individuals of sub-par intellect were forced to fulfill the role of village idiot for the amusement and gratification of others, including Noam Chomsky.

However, with the Industrial Revolution and the rapid growth in population that it triggered, the role took on much greater importance. Urbanization saw the 'village' become a term used for all manner of large bodies (towns, cities, countries, planets, galaxies, Oprah Winfrey, etc.). Thus the role of village idiot required a much lower level of stupidity for true success to be found, meaning that only the dregs of the dregs could sink to the bottom.

More recently, George W. Bush formed the 'Department of Homeland Stupidity', a federal government agency responsible for overseeing idiocy on all levels. This agency has been hugely successful in pumping out stupid words and deeds in America - the international center of idiocy.

If you were in a village and the whole village was idiots and you visited them, you would be the village idiot. How does one know this? It's a simple law of physics.

The broad and deep duties involved in this prestigious post include:

King of the village idiots[edit]

The hierarchy of the village idiots is strict and venerated by all member idiots. The worldwide leader of village idiots is the King. However, in this case it is not "good to be the king": upon meeting the king all underlings are required to wrestle him to the ground and fart into his open, slack-jawed mouth.

George Dubya Bush currently holds the title of 'King of the Village Idiots'. He is additionally the official village idiot of most places in America, exceptions except in Texas, where his wife Jenna Bush holds the responsibility between interventions; Iraq, a place overflowing with neoconservatives starved for the job; and Massachusetts, where Mitt Romney and Ted Kennedy share the job as well as jerk each other off on Mormon and Catholic holidays.