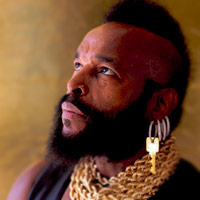 He's got loads of it!

Power. A word that is doubtless familiar to you and a concept you probably think you understand but yet, how much do we you really know about power?

That's correct, bodiless, unexplained, yet helpful italicised text! We know next to nothing about power which, in its majesty is in all things, if you can comprehend such a concept. It could even be within you! You could have power right now and be unaware of the staggering implications of that fact.

I could have power?

Quite possibly, I can usually tell very quickly whether or not somebody has power. I have power and as a result I feel a certain kinship towards others with power.

I'd love to hear more about power!

Of course you would!

A Brief History of Power 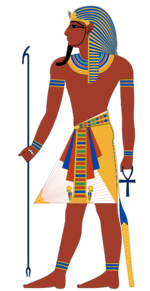 Power is as old as the human race itself, the earliest humans had a great deal of power. It is often said that almost every single male human had power, wild ungovernable power! As humans spread across the globe their power began to diminish.

The machinations of fate! Many lost touch with that, which they should have held dear, they believed that they could cope without power, some even argued that a lack of power was better. However, in Ancient Egypt the Pharaohs recognised power and sought to limit those amongst their populace who could possess it, while simultaneously seeking to contain and control their own power lest it be used for evil. It is widely accepted, by everyone who matters, that the Pharaoh's of Ancient Egypt wielded power more gracefully than any other civilisation to date, however this was not to last. Amenemhat III, the last ruler of the middle kingdom of Egypt scoffed at the idea of power and, despite the pleas of his closest advisers, many of whom tried to show him the advantages of having power, he attempted to rule without it.

It came as no surprise to anybody when the fields flooded, the harvest failed, the economy collapsed and the bedrock of Egyptian society crumbled. All because of power.

The Ancient Greeks sought to reclaim power for the masses by insisting that everybody have power and their society flourished as a result. Hippocrates wielded great power, Aristotle arguably wielded even more and Socrates probably wielded the most. You stood out a mile in Ancient Greece without power, not to mention the fact you looked ridiculous.

What do you mean?

Of course you haven't: he had no power! He has gone unrecorded by history so if you search the internet for him you'll probably find absolutely nothing. NOTHING!

Who else had great power?

Loads of people! The Mongols, they had power on horseback, nobody had tried that before! Jesus, he really came into power when he grew up. Moving closer to the modern day, the most powerful civilisation of all! The British, they had such power! Any classic illustration of the British includes power, such is the link between their society and the striking display of power. The Romans were a bit of a disappointment though, they positively discouraged power. Nobody could be in the army if they had power, in fact the Romans were so fearful of power their leaders often made a conscious effort to rid themselves of power. It is said that Julius Caesar was assassinated because he lusted for power!

Power in the Modern World 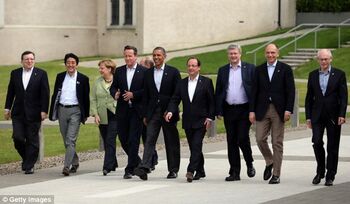 They don't got it, not once.

The modern world is depressingly short of power. If you get all the leaders of the modern world round a table they almost universally lack power. It's as if they fear power! Yet if you go out into the street you can see people who plainly possess power but do not run for political office. I suspect that these people, like me, have realised that modern society dislikes power and sees it as undesirable. I say no! Power is natural, it is pure and, with very little effort it can be beautiful.

Power, as with any other human feature needs to be cared for, groomed and stylishly appointed, it is what sets us apart from the animals.

What evidence do you have that modern society hates power?

I was just coming to that, bodiless voice, it's uncanny that you seem to echo the questions I ask myself when forming these arguments!

Who do you suppose the last US president to have power was? Obama? No! Johnson? No! Truman? He tried, and even came close to having true power, but no! The last President of the United States to wield power was James A. Garfield in 1881! What happened to him do you suppose? He didn't retire like that slacker Eisenhower, he didn't die of natural causes like Franklin Roosevelt whilst serving his country! No he was shot! Shot dead! Abraham Lincoln had tremendous power and he too was shot! Shot in the head! No President has dared to have power in office since!

So who does have power these days?

It's the Sikhs! They have more power than anybody else! The Muslims aren't far behind! Why? They positively encourage the cultivation and maintenance of power! Nobody else comes close! How can these religions have hit upon the fact that which seems to elude most of the developed world? I for one praise both the Muslims and the Sikhs for their efforts in conserving power and urge everybody else to follow their example!

You need more reasons? Power makes you more attractive to the others, that's just science! Women can't resist power! Some men can't resist it either! If you have the potential for power you must realise it! It will truly be glorious! 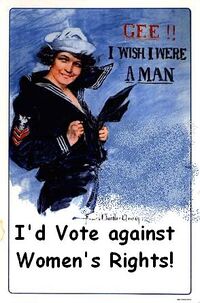 If I were a man I could have it!

You haven't mentioned any women with power, there are lots of them, especially in modern times.

Hah! A good joke italicised man! Women with power? That's just ridiculous, they wouldn't know what to do with power if they had it; they'd have no idea how to maintain it. Men instinctively know how to use power.

No it isn't! I ask you, it's a fact of biology: men have power and women don't. Any woman with power is a freak and probably lives in the circus! In fact I have heard of some women who have managed to cultivate power living in circuses and being shown off to an appalled and disgusted clientele who faint, shriek or scoff, dependent upon the period of history to which they belong.

What about Angela Merkel? She's chancellor of Germany, she has power!

Oh no she doesn't, she probably wishes she had power, alas she just can't have it.

Political office doesn't mean power, Angela "no power" Merkel could rule the world and still lack power! I'm more powerful than her, so is my best friend Hank! My wife Pam has the same amount of power as Merkel, if she didn't wax her chin she'd probably have more!

But surely- wait what? 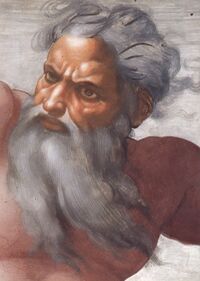 God definitely has it!

So, I bet you're wondering just how you could get yourself some power. Well you could already have it. Lots of famous people do: Santa Claus, he has it, Dumbledore, he had it. Gandalf had it, even though Ian Mckellen doesn't!

Yes, Gandalf, from Lord of the Rings. He had lovely bushy power all over his face!

Not all facial hair, sideburns don't count, they are the merest baubles and not true power.

I think you're a bit confused

Nonsense on stilts! I still have a foreskin.

I said confused, not circumcised.

I don't even exist! And even I can tell, you're talking about beards, not power

Are you saying, bodiless slanty voice, that power doesn't refer to the result of growing hair out of your face? 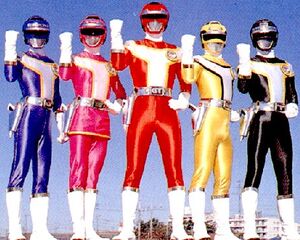