“Great movie, one of my all time favorites, even though I've never gotten past the first 7 minutes”

“In high-school I was voted most likely to suck seed”

“You can tell it was made in the 70's, Ron Jeromy's dick has sideburns”

“I liked the Jewish remake better, Debbie Does Nothing”

In 1895, Simon, of Chipmunks fame, wanted to branch out from his own TV show and into making educational movies for elementary schools, drivers ed classes, and nursing homes that would educate both young and old. His films would help the youth of the United States become a more peaceful and caring nation with his heartwarming and subtle approach to movie making.

Simon would be the pioneer of what is known today as the pornography business, by being the first person to actually make a movie with naked people engaging in sexual activities disguised as a movie with a plot. (It was only in later years that the idea of combining plot with pornography was recognized as a waste of fucking time). Simon wrote a script for the idea he had in mind: originally it was going to be called "A Slut and Her Friends Fuck the Neighborhood For a Stupid Cause," but later had to be changed to "Debbie Does Dallas" due to Mr. Rodgers (Neighborhood) already owning the film rights to the original title.

Simon's third re-write of the script was considered ahead of its time, and was recognized by the "American Literature Association" in 1903 as a national treasure that would be sealed and preserved forever in Washington D.C; next to the Declaration of Independence.

Once the script was finished, Simon brought in trusted associate Pee Wee Herman to be the executive producer. He then called upon long-time fuck-buddy, Foghorn Leghorn, to start casting people for the starring role. Word spread around Hollywood quickly that a new Pee Wee Herman movie was in the works. It wasn't long before there were many well established names in the business willing to sell their mothers to get into the movie.

Irene Ryan was keen to play the role of Debbie

Irene Ryan was the first actress cast to play the title role of Debbie. She, however, came down with a severe case of diarrhea the night before shooting was to begin. So, at the last moment Foghorn gave the role to Bambi Woods, who had only done one movie prior, and was looking to escape the stigma of a childhood actor who had fallen on her face after puberty.

Bambi was told she wouldn't get any money for the role. She said it was okay just as long as her character's mother doesn't get killed in this movie. Simon was hesitant to lose scene 53, but agreed to her terms, and ditched the whole necrophilia subplot between Bambi and her dead mother.

The movie was budgeted at over $25 million, the largest budget for a movie until Steven Spielberg was granted $30 million for his epic pornographic masterpiece, "Shaving Ryan's Privates" four years later.

It looked like the movie was going to either go over budget, or be canned altogether. Cost cutting measures had to be put into place, and several scenes were going to have to be changed or wiped from the script. However one scene was found on some existing unused footage, and was restored for the 2005 special edition 100th anniversary release on DVD. ILM (Industrial Light & Masturbation) were able to digitally repair and enhance this scene using CGI finally revealing the never-before seen 'Jabba The Slut' scene. With almost all the money wasted on David Hasselhoff's 'johnny came too damn quickly' problem, they had to bring in MacGyver to construct sets for them out of what little amounts of shit they could find from scrounging through neighborhood bins and dumpsters. Soon enough production and filming was back on track and the film was completed 10 minutes later. The movie was edited together by Lorena Bobbit who cut out a lot of penis' from the shot footage, and soon enough Debbie Does Dallas was set for public release.

The Debut of The Film[edit]

The premiere was on the 17th of October, at Grauman's Chinese Theater in Hollyweed. Celebrities and movie stars gathered by the hundreds to the red carpet affair for the first screening. The movie was critically acclaimed as the best pornographic film ever; which was a huge honor for the cast and crew, as the award for this category had never before been given. DDD was given "2 Cocks Up" by Siskel & Ebert, "5 Gold Stars" from Bert and Ernie and the movie went on to become the number one box office smash of the year. 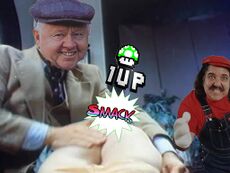 "I couldn't get back into it after the first 15 minutes, but I did like what I saw" - Oscar Wilde

"I wanna tit-fuck her ass" - The Tourettes Guy

"I thoroughly enjoyed this film very much, and so did my wife and family. This is sure to be one of the all time greats that should be seen by everybody, it sure is hours of fun for the whole family, or at least the first 15 minutes by the boys" - Bill Clinton

"I loved the scenes where nothing but Debbie's butt was on screen as she took it doggy style, it looked just like a little boy's" - Micheal Jackson


The Impact Since DDD Day[edit]

One of the thousands of "Debbie Does..." sequels

Debbie Does Dallas went on to win nine Academy Awards for "Best Picture," "Best Directing," "Best Leading Lady," "Best Decision Made To Fire David Hasselhoff," "Best Scene In A Movie Involving Two Midgets and a Nun with Half a Grapefruit," "Most Creative Use of a Didgeridoo," "Most Climax Shots in a Movie So Far" and "Thank The Fuck They Didn't Cast Clint Eastwood."

The film grossed $181 billion and the producers were applauded for not rushing out a sequel six months later. Three years later a sequel was written called, "Debbie Does Daytona" (1903); where Debbie's boyfriend is a Nascar driver who wants to win the Daytona 500, so she blows all the other drivers when they make pit stops. The movie, however, was met with criticism for their decision to hire Clint Eastwood as the leading man and so was given a big thumbs down.

"Debbie Does Dallas" has been remade by some of the best directors in Hollywood today, such as the 2001 remake "Debbie Does Dallas 2000" directed by Rob Zombie and the Jewish incarnation directed by 'Rabbi Mel Brooks' titled "Debbie Does Nothing". Several other low budget attempts using the same title have surfaced since the impact of DDD day, but none were as powerful and recognized as the world renowned original.

There has also been a Broadway musical production incarnation of Debbie Does Dallas which starred Angela Lansbury as Debbie in 2007; it met with mediocre success. Fans of the original movie turned their noses up at it, but fans of Matlock flocked to see Angela get her gear off and shake her booty live on stage for the in hot steamy scenes with her co-stars Dick Van Dyke and Phyllis Diller.


The Greatest DVD Of All Time[edit]

Fans had been demanding that Debbie Does Dallas be brought to DVD since before digital video discs were invented. Disney was working hard on making the ultimate release for the fans of Debbie Does Dallas. Soon enough the greatest DVD ever released was launched, and became the fastest selling DVD of all time for its quality and the added features of the boxed set. The DVD has sold more copies than any other movie in world history. It's a well known fact that if you do not own this, whether it be official or illegally downloaded, then you are nothing more then a gay Richard Simmons fan that should be anally raped by Bog Saget.


The DVD contains the greatest packaging and bonus features that anyone has ever seen. 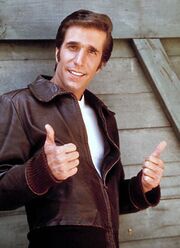 The Fonz gives the movie two thumbs up

"The restoration of this movie is superb, We were on the edge of our seats; never before have we seen such a classic come back to life on DVD as this: though it still lost its excitement after 15 minutes for some reason." Overall we do recommend this movie highly, but we've still yet to see the end of it" - 'Siskel & Ebert'

"I absolutely loved the reunion footage, they might have all changed a fair bit over the years, and a few wrinkles here and there, and yes of course there are a lot of gray hairs and sagging asses, but the fuck shots are still as good as ever, if not better! The 3D option is great! I was trying to reach out and touch them, it's amazing! I even found myself ducking at the end of the scenes!" - Ron Jeremy

"Why isn't Brett Favre in this?? He has a bigger dick than all the guys in this movie put together. You don't believe me? I've got the pictures!" - John Madden

"The audio commentary was so great to listen to on one of my all time favorite movies. I had no idea of a lot of the great info that I was told; I particularly liked finding out about the camera and film tricks they did, like in one scene where you see the guy doing her in a doggy position, they inform you that the camera is placed in front of her, so you can't see the guy's happy swingers behind her. It had been a long day, and he had already gone whoopees several times, and she was beat, so before they wrapped up, she did some acting and faked that she was being pumped, and he had a limpy, hiding behind her, but pretending he was giving it to her, then they filmed the climax shot several days later! Wow, amazing stuff all right! It should have been an award winner for all the great things they did with the film and how it all came together in such a brilliant way.... I'm thinking I might like to remake this film, I can see Tom Cruise and Helen Hunt playing these infamous roles some day" - Steven Spielberg

"This DVD sucks for a number of reasons. First, they have not added new scenes created using over killed CGI effects, they have not completely changed the original tone of the film with additional scenes or replaced any characters. I think the worst thing is for the people who made this DVD transfer did was they actually listened to what the fans wanted, and left the original footage alone, presenting it how it was 300 years ago. But I am thankful they at least put the Jabba The Slut scene back in, but why didn't they add more CGI characters? GRRRRR, THE POSSIBILITIES WERE ENDLESS... if it was my movie, I'd get ILM to make the girls' breasts bigger, have the men have anaconda sized penises that they could use as swords to fight off a group of Imperial six breasted Ewoks, and I'd invent new characters like a talking vagina that sings karaoke, or how about a bounty hunter with a dick so enormous when he cums he blows up the Death Star, and Debbie has to go see a green Midget that blows the crap out of her ass with the power of his mind alone" - George Lucas

For those without comedic tastes, the so-called experts at Wikipedia think they have an article very remotely related to Debbie Does Dallas.