“How I envy those guys at Porn&Peanuts!” 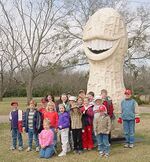 April 25th, 1974. Midnight. The night is cold and quiet, not even a breeze stirs the quiet, maybe even disturbing, peace imposed by an almost half-century long curfew. Not all town is asleep, though. In some dark, smelly cave, four gays are planning a revolution. Their plan, a mesterpiece of criminal genious, has a simple target: to overpower the dictatorial government which has brought obscurantism and economical recession to Portugal in the last 50 years. Well, actually they aren't planning shit right then. They're actually playing cards and drinking port wine, while telling jokes on Jumba. The revolution can wait. At least they're fine. With ubiquitous managing and stiff blackmailing, they managed to keep about a fourth of Portugal's recepes per year, ust to make people talk. And so they are rich. Fuck the people for now. Let's gangbang some hoes.

Two hours later, after Cuná had said at least 20 times "Game to down!" they finally decide to start the revolution. They had to move swiftly if they weren't to be detected. Megas, who is renowned for knowing at least 51,4% of the people in the world, called Coronel Barrote, of the armed forces, and told him "É uma de revolução sefaxabor ó Barrote.", or, in english, "It's a revolution if makes favor oh Bigstick", And Barrrote, who owded him a lot of favours concerning fresh cunt supply, had no other option but to comply. Within half an hour, almost two thirds of the Portuguese armed forced were deployed in Almada, ready to strike, except for one little detail - they had no way to return home, so they needed Johny to give them a ride n his recently acquires Fiat Pwnto.

Construction of the Wall

It's the 13th day of the hot and dry month of August. The year is 1961. The place: Germany (even if Chuck Norris doesn't believe in Germany). East Berlin could be a better place to take the dog for a walk. Yes, it could. But Porn&Peanuts Club is in crisis. The issue couldn't be other: are last Toe Jam albums good or not? The members argue for some minutes. Cuná thinks they are fine, the other members not. But the lonely supporter of the old and wise band starts screaming and punching the other members.

Is it the collapse of the nearly-perfect Porn&Peanuts Club? Beer allover the table, Jumba's tail is cut and lost in the fight... UNTIL Johny shoots "Caralho, a merda do mundo tem de ser gerida de acordo com os meus desejos. Então, puta que pariu, vamos separar-nos." (In English: "Cock, this fucking world has to be managed according to my wishes. So, bitch that gave birth, let's sepparate ourselves").

They decide to build a gigantic wall dividing Germany and the political scenario of the World. From then on, there are two types of people in the planet: those who support Toe Jam's last albums, and those who not. But all of this was made not only to solve the situation inside the Club, but also, and mainly to serve the principles of it: Making people talk.

Later, in 1989 the members agree: whether the albums are good or not, they have done it again: In 27 years, people had talked a LOT. And the origin of it? The Porn&Peanuts Club. The wall falls and Pink Floyd make an album about it.