TOP STORIES: Where To Find Free 1 and 3
Cent Stamps

Getting To Know Your Local Internet
And Phone Service Providers 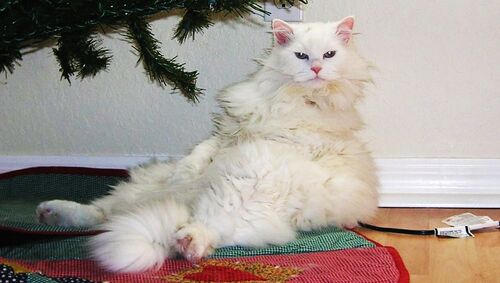 When cat enthusiast Barbara Armstrong noticed her 5 year-old tabby was eating more than normal and beginning to gain weight, she knew it was only a matter of time before the cat would become a giant fur-covered eyesore. Using her incredible foresight, Barbara contacted The International Cat Association, the organization the cat was registered with, and requested a replacement.

It's not like I wanted to get rid of it, but the simple fact of the matter is, the thing was fat. I didn't have any damn choice, you know? Anyway, I call the place, and some fuckin' bimbo answers - obviously doesn't know a fuckin' thing about cats - and asks me, you know, 'How may I help you?' So I say, 'Listen here, bitch, I got a cat that needs replacing, now can you help me or not?'


The rest of Barbara's conversation with the representative, and her experience with the local law enforcement agency, inside... 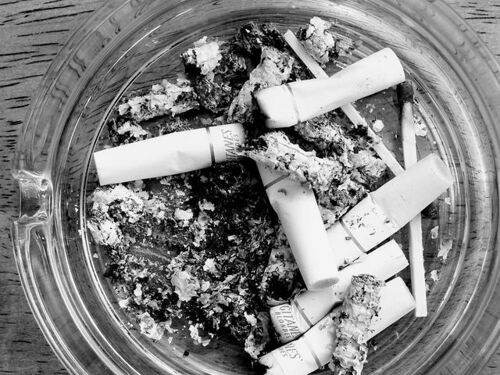 Tobacco companies today announced the removal of all cancer-causing chemicals from their cigarettes, leading to at least 30 tobacco consumers protesting outside British American Tobacco headquarters in Globe House, London. One protester had this to say:

Those sneaky little corporate bastards... I've been smoking for 40 years now, with constantly increasing health insurance prices and chronic bronchitis. And for what? Absolutely nothing! I took up smoking with the knowledge that I would die at an early age, and I intend to fight for this death! All of this time, collecting my Camel Cash, never using any other substances... it's a disgrace.

Despite the removal of certain chemicals from their cigarettes, tobacco companies have assured customers that they can still develop cancer by using cigars and tobacco chew, and have promised to release new cancer-causing products as well.

BAT's official statement and other useless text, after the jump... 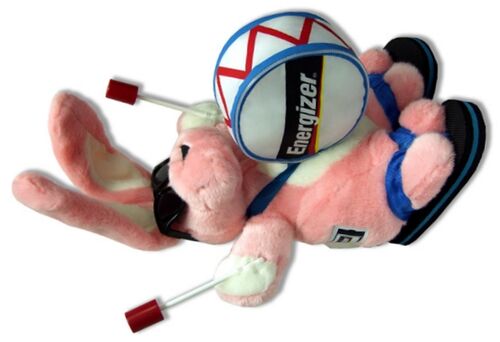 I, uhh... I really don't have a problem with it... It's a toy, most toys use batteries, and frankly I don't think anyone would want to play with something for 24 hours straight anyway.

That was Alex Golding, he's currently employed by Target Corp., one of several retailers that offers Energizer batteries and flashlights to consumers.

It's obvious that Energizer has covertly demanded that everyone related to the company says absolutely nothing to the media in regards to this scandal, in fear of class-action lawsuits and government probing committees. Equally as obvious, is the fact that as soon as consumers hear word of this atrocity, the company's stock will plummet and people will stop buying their products.

IT Businesses Lose Confidence In IT Guys

After recent revelations involving credentials and qualifications, more and more services are looking into who is qualified to give advice when the computing community needs it. Companies focusing most on the problem are those of the computer service sector. We had a chance to speak with one of the higher-ups in a large computer service company...

Well, it seems that some of our
technicians are just plain incapable
of telling the customer clear instructions - The single instruction that our technicians should be giving is 'Turn the computer off, and then turn it back on again.' Seriously, what's so god damn hard about that? If this method doesn't work, then the computer is broken, and it should be destroyed - Just today we had to fire an employee who claimed to have a degree in computing, because he was giving the wrong instruction - we just can't tolerate that kind of behavior.

The companies have yet to release just how they will be rating employees, but the anxiety has already taken hold. New signs reading 'Tell them to turn the computer off, then back on again. Don't be a hero' have been put up in tech support offices across the country, and it appears that some employees are finally getting the message.

A statement suggesting you continue reading, on another page... 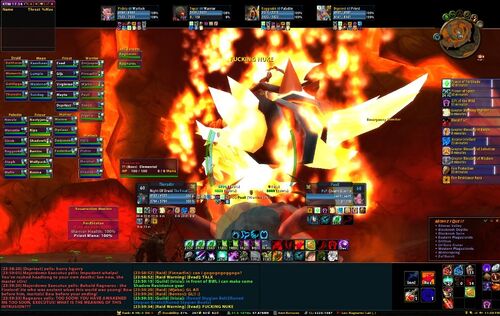 James Willner (a.k.a nUbR4p3r27843) is a highly skilled Level 61 Scarab Lord Hordehunter trying to fight his way past a particularly fiery Ragnaros the Firelord, but he just can't come up with the right combinations of attacks and spells. That's why, on an immensely frustrating Saturday evening, James decided to call the number on the back of his WoW box.

I found the customer support number and called hoping that someone at WoW headquarters could give me some advice on getting past this guy.

Unfortunately, the South-Asian man that answered James' call had never heard of the Skull of Gul'dan and had no experience using Mortal Strike.

It was clear after talking to him for just a few minutes, that he had absolutely no knowledge of the game - so I politely asked to talk to his supervisor... [audible sigh] then he yelled some crazy Hindu shit and hung up.

On the inside, James' repeated attempts to contact a supervisor and his very own Warcraft Hotline...
Template:FA/02 April 2007
Retrieved from "https://uncyclopedia.com/w/index.php?title=The_Consumerist&oldid=6118467"
Categories: