“Give me your bra, your panties, and your gun.”

~ An optimistic fan on trying to get her bra, panties and gun

“Television shows with integrity? Ha! Not on my watch, bitches!”

“See this is why Im still single because all the fine robot sisters are dating Humans, You got Metal Fever boy, Metal Fever!!”

Written for the television networks by the Irish singer and songwriter Sinéad O'Connor, Terminator: The Sarah Connor Chronicles was a smash hit with American science fiction fans, spawned two successful seasons and has a possible third season on the way. It was was mentioned as the original inspiration to Arnold Schwarzenegger for the modern Terminator franchise. The series will be filmed in December 21, 2012 yet premiered on a April 01, 2007 thus becoming the first television show to win the Academy Award for "Best Use of Time Travel in a Television Show".

The show opened mid-season with a shortened run of nine exciting episodes, before the protests and riots broke out over the "Love-making to a Machine" controversy of the 2008-2009 Writers Guild Strike. Fortunately the strike died down after several months when the country was eventually convinced that "Love-making to a Machine" is 100% safe and enjoyable, and beats many things[1]. Hence the show was renewed for a second season, which began airing on September 8, 2008. The show was canceled in 2009 after 9th Century Fox, still in the dark ages and frightened by the prospect of "too much success" with a television show and some major summer motion picture from the same franchise called Terminator Salvation, officially sent photos of cancellation notices written in turd on the bathroom wall. Fans of the show were each personally mailed flaming bags of shit as a consolation:

“I, personally, find myself less than satisfied with the closure provided to Terminator: The Sarah Connor Chronicles by my consolatory fiery shitbag. It gives nothing in the way of character development or plot cohesion. To add insult to injury, the flame burns out in about 12 short seconds; Fox can't even spring for a decent accelerant. I can't really say you're missing much.” 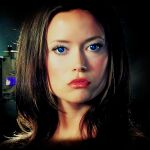 A perfect sex machine for John Connor on his Sweet Sixteen.

T-1001 loves to morph into an urinal. Don't ask me why, she loves getting pissed on.

At the end of Terminator 2: Judgment Day, Sarah Connor, her son John and the Terminator known as Arnold Schwarzenegger successfully destroy the T-1000, the arm and a leftover chip cookie from the first Terminator. The Terminator, at its own request, is then elected to be "Governator" of California in order to eliminate any future technology that could be used to create Skynet. Unfortunately all this doing merely delays "Judgment Day". Sarah and John, caught rigging the Governator systems and now become wanted fugitives, must also face the reality that other enemies from the future could be after them.

A little known fact is that originally the series was to be 'semi-educational' and feature a weekly discourse on map making and geography - specifically in the pilot episode, Conical Projections. One of the major revelations would've been that Sarah was unable to draw conical projections, much to her embarrassment. However, shortly before filming the pilot was due to begin, development of 'Terminator: Sarah's Chronic Conicals' was abandoned and it was decided to continue the series purely as an Action/Adventure series.

The pilot episode is set in 1999 and introduces Sarah Connor, who is still busy writing her songs for her latest album "Sexy as Hell", her son John Connor, and Cameron, a female cute looking Terminator that has been "re-programmed" to protect and keep John's lonely miserable life entertained. They are being pursued by two entities. A malfunctioning T-888 Terminator (Cromartie) sent back through time to mess with John, and also by FBI Special Agent James "I'm the only African American in the whole TV series" Ellison, who believes Sarah is a lunatic and a pedophile[3]. Sarah was married to Marc Terenzi, but the marriage was short lived when Marc found out that John was not his real flesh and blood. During the pilot, Sarah, John, and Cameron make a temporal leap to the year 2007. Cromartie, a malfunctioning T-888 Terminator, later suffers extensive damage on the groin region while trying to mess with John[4], begins to effect repairs to his endoskeleton and artificial flesh, and continues his search for John in 2007. Seeing how John is tormented by the Cromartie incident, Sarah resolves to go on the offensive against Skynet. But the world in 2007 proves too complicated to handle: they find out that Skynet has sent additional Terminators back in time to further mess up with John's teenage years, and the resistance movement has sent back its own fighters to interfere the robot's plans in order to allow John to enjoy an uninterrupted Sweet Sixteen birthday party. As they seek out an intuitive device called "The Turd", which is supposedly somehow a precursor to Skynet, they forge an alliance with Derek Reese, the only resistance fighter left to fulfill John's uninterrupted Sweet Sixteen. 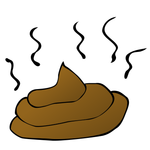 The entire show focused on the plot device called "The Turd". Seriously what is so special about it?

Season One focused on the mysterious smelly plot device called "The Turd" in a short span of nine episodes. It was learned that Sarah will die from AIDS in the future, the thought frightens her so much and she began to do frequent checkups, much to the clinic's annoyance, despite the doctor declared that she is free from AIDS. Meanwhile, a man called Andy Good (who is not so good) created The Turd, and Sarah tries to flirt with him to get hold of the plot device. Suddenly, a few men teleported from the future and all of them were killed by another Terminator, who also was teleported to the present. One survived though, the sole resistance fighter called Derek. At one point in the show Derek declared that he is John's biological uncle, freaking John out as John hid under his bed sobbing for a week[5]. Derek killed the creator of the Turd by stuffing The Turd in his nose to suffocate Andy to death by the pungent smell. Suddenly there was a blackout and The Turd was stolen, leaving a pungent trail. Everyone (Connors and Terminators) panics and starts a race to see who gets The Turd first.[6]. Unfortunately it was in the hands of some weird guy known as Sarkissian, owner of some cybercafe, and he planted a bomb on the Connor's jeep.[7]. Cameron cranked start the jeep and trip off the bomb and the whole vehicle exploded! Truly a Bat Fuck Insane cliffhanger!

-- A conversation between a clinic's receptionist and Sarah Connor.

I love you John, and you love me! I wanna make love to you John! Please John please!

Season Two is currently on air and the green light has been given for the continuation of cyborg-human romance and eventually "love making to a machine" story plot. So far Cameron has survived the explosion[8] and turned haywire after the explosion, causing her sex drive to malfunction here and then. John was turned-off by his birthday present (Cameron) in later episodes, and befriended a real female human as a friend for the second time in his sixteen years. So he almost "did it again"[9] when Cameron interrupted them. Frustrated, John vented his anger and punished Cameron to do laundry every night. His immaturity worsened as he frequently whined throughout the episodes like a crybaby. This caused the ratings to drop and many viewers began suing Fox Broadcasting Company for failing to deliver their promised on "love making to a machine" story arc. In one wacky twist to drag the season, the writer (Sarah Connor) decided to focus more attention to herself, and the rest of the episodes were centering Sarah getting obsessed by "The Three Magical Dots". So, the viewers began to hold on to their lawsuits and followed Sarah on her mysterious quest to find out on the three silly dots. It turned out that Sarah Connor was acting like a lunatic as the three dots were actually a mole and two insect bites on John's buttocks when Sarah accidentally saw it while entering the bathroom where John was bathing three months ago while smoking pot. The sighting of the "three dots" on John's body combined with the potent hallucination resulted in some strange dreams that confirmed Sarah was mentally challenged. Overall, Season Two received mixed reactions . Some fans were furious as Fox Broadcasting Company ultimately failed to deliver the "love making to a machine" story plot. Recently, a Fox's spokesman made an announcement to request all viewers and fans to be "more patient" and be "more optimistic for Season Three".[citation needed]

-- A conversation between Sarah Connor and Cameron.

Arnold Schwarzenegger finds this TV show boring, because, as he claimed "...I was not featured in it..."

The series was also nominated for the following awards:

File:The Sarah Connor Chronicles - Cameron "I Love You John!"
I love you John, and you love me! Oh no there goes the Robot Love!