TRANSLATION: Not so long ago in one very well known place.

Four thousand years before the rise of the Interwiki Empire, Uncyclopedia verges on collapse. Again. It must have been, sheesh, a whole two months since this last happened? Anyway, DARTH RCMURPHY, the cliche'd apprentice of the Dark Lord Chronarion, has unleashed yet another invincible Admin armada upon the typically unprepared wiki.

Crushing all resistance, Rcmurphy's war of conquest has left the Order of Uncyclopedia running around like headless kittens as countless Knights fall in battle, and many more swear allegiance to the much cooler Admin Master.

In the skies above the Outer Rim world of Freenode, an Uncyclopedia battle fleet is about to be destroyed by the forces of Darth Rcmurphy, so that one particular Officer of Uncyclopedia can crash on the planet in a convenient plot contrivance....

All of Uncyclopedia is sleeping peacefully... Except the ever-vigilant Quality Patrol, whose headquarters have recently been moved to SSD Kittenhuffer, orbiting the planet Freenode. 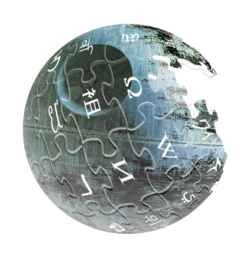 The Life Star: in progress, tagged since 2 February 2006.

OFFICER: Sir, we've got signal. Sixty-Two is on a creation spree again.

Lines of human-unreadable text scroll through the main display. It requires a Force-user to process so much information at once.

RCMURPHY and SPLARKA do not answer. They are busy overseeing the construction of the LIFE STAR, a superweapon which, when completed, will bring certain doom to trolls, vandals and sockpuppets.

OFFICER: We've verified it, sir. The first two digits are the same as for the recently unbanned QVFD crap poster. NRV?

GWAX: {from the far side of the main hold} Huff.

The officer presses a button...

ZORKLAND - vast dungeon with wet brick walls, illuminated by innumerable torches - one of them in Sixty-Two's hand.

SIXTY-TWO: This will teach 'em. {puts away his piece of chalk, looks at the wall, where the following words are written.}

Suddenly, the badly written text on the wall changes into the following letters, bold and firm:

SIXTY-TWO: What the crap?

A pair of gruesome-looking eyes stare at him from the darkest corner in the room.

Suddenly, the dungeon disappears. Sixty-Two is now standing amid a field. It is cloudy and dark.

SIXTY-TWO: Foof... Let's try writing something else. {tears off the grass around him and starts writing on the ground with a finger}

OFFICER: You pardon him, sir?

GWAX: No. It was a warning ban. Next time he writes something like this...

Two other admins turn to Gwax.

OFFICER: Should I update the topic?.. Wait, here's more from that, excuse me, author.

RCMURPHY: Hold on... That's the perfect opportunity to demonstrate the power of the Life Star. Show me this masterpiece.

The Officer pushes another button. The window observing the Life Star changes into a huge display with the following text:

The admins stand about for a while, thinking over the fate of this article.

SPLARKA: As you will. {bows, walks to the control panel.}

OFFICER: Are you serious? Think about the consequences of using the Life Star. The damage that will be done to our image and reputa— {drops dead}

RCMURPHY: He will live. A standard issue 7-day writer's block. {to other officers} Drag him away. And don't raise any buzz in the Dump.

He walks to the control panel, slowly.

RCMURPHY: Soon your sleep will come to an end, my Uncyclopedians... And you will learn what it means - to live. To care. To breathe the air of a free community, and to feel its blood. A bloodstream shared among all of you. To protect that which matters most for you.

Splarka holds his finger over the FIRE button, hesitates, his hand shaking; then finally puts the finger away.

The Life Star rotates slowly, then fires a white ray in the direction of the planet Freenode. Sixty-Two watches in amusement as the clouds disappear and the sky clears, bathing the field with sunlight. He looks around to see several athletically built men in uniforms materializing out of thin air.

SIXTY-TWO: Uh-oh... Here comes the suck police. I know, I know, my article sucks, put handcuffs on. {stretches his hands}

Rcmurphy and Splarka look upon Freenode, which was gray and grim-looking a minute ago and is now shining with all shades of green and blue.

RCMURPHY: Shields up. Soon the entire community will be out to get me. Not that they will succeed, of course, but my mission has already been accomplished.

The fleet of the Alliance to Restore the Vote-Driven Democracy, or simply the Voting Alliance, approaches Freenode.

NINTENDORULEZ: This is outrageous. That putting-crap-on-the-front-page machine will change nothing except convince more Uncyclopedians to join the Resistance.

CARLOS THE MEAN: Prepare for an assault?

NINTENDORULEZ: No. I'm afraid the Life Star isn't their only cheating tool.

NINTENDORULEZ: I mean the woman. The one that looks like the female lead in a blockbuster sci-fi movie, inserted to be the love interest of the male lead and the fanboys. The one with the overpowered Force ability.

NINTENDORULEZ: Precisely. Although "Mediation" is too Wikipedia-centric, I'd call it Battle Diplomacy. {To pilot} Hold on. Concentrate fire on enemy fighters, don't hit the flagship just yet. I will meet this power abuser myself. {flexes his muscles}

CLOROX: Your choice. We could have just blown up the ship...

FLAMMABLE: {overseeing the battle} Strange. They don't shoot us.

SPLARKA: Our armor is impenetrable for their flamethrowers. They could try and get us slashdotted, though...

RCMURPHY: You underestimate Nintendo's bravery. Good guys never nuke villains when they have the chance, they always fight with primitive weapons. And in person. Always in person.

RCMURPHY: Only from his pee-oh-vee, of course. He thinks I'm a monster worse than Sauron, Darth Benedict and Oprah taken together...

The word "Oprah" has a drastic effect on the other admins. They all fall down on the floor, close their eyes and protect their ears with hands.

RCMURPHY: Yes, worse than all the crappy Oprah randomness you see every day. And this is exactly why he won't slashdot us on sight. Slashdotting requires writing a good article. And he will never want to do that for us. Never again.

He leaves the main hold. Flammable opens the door to the sockpuppet storage room. The sockpuppets run to the hangar, where they board brand new FLOOD starfighters and fly them straight into the middle of the battle.

SPLARKA: {into a microphone} Man the ban patrol!

Nintendorulez, alone, gets out of his Quick Vessel For Disintegrations fighter, carrying a flamethrower. He is approached by Rcmurphy, wielding a banstick, and Dawg.

DAWG: I swear, if Nin dies before me, I will chip "euroipods" on his burial capsule.

The two rivals approach each other.

NINTENDORULEZ: If you're as strong as you claim, what's my response to that statement?

RCMURPHY: If I strike you down, you will become more powerful than I can probably imagine.

Rcmurphy presses a button on his banstick. Nintendorulez's body is sucked into Rcmurphy's nose. His clothes fall on the floor.

RCMURPHY: So, go on, destroy me from the inside. Shatter my body into a thousand green pieces... 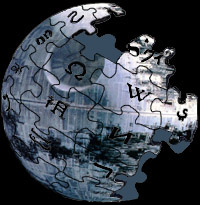 Both fleets, numerous and magnificent, are engaged in a fierce battle. Behind the Alliance capital ships, the DEATH STAR is visible, slowly approaching the Life Star.

Suddenly, all the ships cease fire at once.

CARLOS THE MEAN: Yes, stop the fire! Because... because...

STRANGE VOICE: Because I tell you to.

CARLOS THE MEAN: Because... you tell me to. Wait, this doesn't make sense...

STRANGE VOICE: Because the admins deserve some respect.

CARLOS THE MEAN: Because the admins deserve some respect.

The owner of the STRANGE VOICE steps forward. It appears to be a silhouette of KEITEI.

SAVETHEMOOSES: You aren't supposed to be here! This isn't your conflict!

KEITEI (appears in a puff of smoke): I am the beauty that flaps in the night! I am the sysop that paralyzes your thoughts! I am the Weapon of Mass Distraction!

All of the rebels stand still, unable to move, with their eyes and mouths wide open.

Sixty-Two (sitting by an old suspicious-looking computer in headphones): Now that's an idea...

Keitei is slowly walking in circles around the rebels.

RCMURPHY: (a hologram, speaking from a holocron held by Keitei): And now, along with Nintendo, who no longer rules, you have given me yourself... calmly... coolly... entirely without incident.

Keitei moves her hand, and all three are squished with an enormous anvil. One side of it says "Force magic woohoo, everything is possible in this crappy Lucasfilm universe!", the other says "DELETED!!".

KEITEI: No. Not without incident.

She approaches the navicomputer and types:

She takes a sledgehammer from nowhere (from behind her back, to be exact) and smashes the controls, then walks away. A minute later, her shuttle is seen flying back to the Kittenhuffer. The Oscar turns around and smashes into the Death Star, which immediately explodes. How it can explode in space and why all of it exploded while only a small part was impacted is better left unexplained. Nobody notices a small black thing detaching from the ship at the last moment and flying towards the planet. Or maybe nobody cares.

The admins are looking at the explosion through the wide window.

RCMURPHY: The standard formula: blow up stuff, we win.

The Battlestar Dramatica, Girlvinyl's primary weapon. If the image is screwed up, it means we were ordered to delete it. We apologize for any inconvenience.

Someone, somewhere may or may not have an image related to Wiki Death Stars.

SOPHIA (hologram): Somebody set up us the DMCA warning.

On one of the computer monitors, a message appears: "Admins, delete the images or Uncyc will be destroyed. Sorry."

FLAMMABLE: We get signal.

On the main screen, an image of a vinyl record is shown. A message reads: "This girl's appearance has been digitally altered."

GIRLVINYL: How are you gentlemen!!

GIRLVINYL: All your image are belong to us.

GIRLVINYL: You are on the way to lawsuit.

GIRLVINYL: You have no chance to survive make your time.

RCMURPHY: Take off every 'FLOOD'!

RCMURPHY: You know what you doing.

Sixty-Two's promotion ceremony is underway. Knights of all ranks (with the freshly-painted coat of arms of the newfound Rcmurphy's Cabal on their backs) kneel before Sixty-Two and ELVIS.

ELVIS: I, Sir Elvis, Knight Commander of the Most Excellent Order of Uncyclopedia, for thy featured article, Euroipods, dub thee Comman...