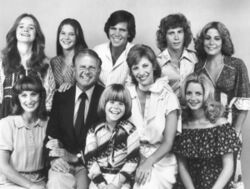 Mom was sure hot! Just look at all those juicy daughters too!

For the religious among us who choose to believe lies, the so-called experts at Wikipedia have an article about That '70s Show.

~ Russian Reversal on That '70s Show

You know that show? That tv show? I think it aired during the 1970s. You know? That one, with the kids? And they were all, like, friends and stuff, and there was this one, this really popular one, and everybody loved him? Do you remember? They all had really stupid hair (of course, no one thought so at the time, but in retrospect) and everyone was really happy all the time, except for that one time when the nerdy one got beaten up by the football team and didn't show up in the diner for like a week and everyone got really worried? Man, that show really tackled the issues. Wow, those were the days. Now it's all "suicide" this and "drug-problem" that. I tell you, what problem can't be solved by a hearty cheeseburger and maltshake with your pals?

Things I Vaguely Remember About It[edit]

You still don't know what I'm talking about? Wait. Looking at that girl walking that dog reminds me of some other stuff about it. 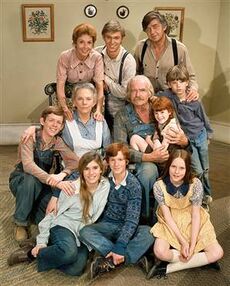 I think they all used to say good-night to each other a lot. That bottom long-haired one look good-nightable.

That Guy, You Know? The One Everybody Loved[edit]

So there was That Guy, you know? And we all wanted to be him. He wore, like, jackets and shit. Leather jackets. Or, they might have been denim. I don't recall. He always had perfect hair. Really slick, just how the girls like it. And he strutted around, all cocky, and everyone loved him, even though he was kind of an ass and totally freeloaded off of all of his friends. He had, like, all the girls after him but he never dated any of 'em until that new girl came to town, that biker chick, and they were totally made for each other and he finally settled down. Some people thought he was, like, a homosexual or some mad shit like that, but he showed them at the end when he got what's-her-name pregnant and they had a Vegas Wedding and everyone was secretly kind of shocked. Whoa, that show really broke some boundaries.