“A nice place to go for a shopping round, but the street map is a living nightmare to handle...”

~ The Hitchhiker's Guide to the Galaxy on Coruscant

Coruscant is a slightly overpopulated planet in the Star Wars universe also known as Space Rome. Its entire surface is covered by an endless multileveled cityscape with little parking. This intergalactic hub is thought to originally have formed as a single branch of the DMV.

Coruscant: Some information to help you live in it (*)[edit]

(*)(Note - the following information was copied from the back of a box of Star Wars Special Edition Breakfast Cereal. It has been hastily embroidered with this footnote in order to avoid prosecution under the incomprehensibly torturous Uncyclopedia Copywrong Laws.)

There is some speculation as to why George Lucas thought up the planet for his saga. Some think that it represents class divisions, between the rich high up in the rarified luxury towers and the poor rotting deep within the forsaken substructure. Many oppose this idea on the grounds that it is too smart for a stupid sci-fi series and also causes some people to feel a profound sense of guilt for being unpoor. Others think he saw Harrison Ford running around Los Angeles in Blade Runner but wanted more blades.

Since the release of Episodes I and II, another theory has arisen: the gleaming towers and shimmering lights are meant to distract viewers from the boring C-SPAN plot and horrendous acting. This theory has now gained widespread acceptance since the release of Episode III, with its increased footage of Coruscant and corresponding increase in horrendous acting. The most probable theory is that George Lucas is an alien from Coruscant and wants us to be subtly hypnotized into joining the Galactic Federation. Boy, we aren't falling for that.

The real truth is that George didn't come up with the idea for Coruscant. He ripped off Trantor, from Isaac Asimov's foundation series, then gave it a different name (probably stolen from somewhere else) and claimed he created it. This allowed him to have as many planets as he needed without having to do any actual creative work. This method would be repeated many, many, many times more.

For those without comedic tastes, the so-called experts at Wikipedia have an article about Coruscant.

With the entire planet covered by city, it seems very improbable that there is any plant life to actually support the oxygen needs of its inhabitants; unnaturally, their leading import are cans of air from Druidia and tubs of algae from Dagobah.

Having adopted the Texas standard for punishment -- that is, execution of any living creature for anything more than a misdemeanor -- crime has dropped a stunning .007%, while giving the law-abiding citizenry a fun, lively source of entertainment before the very popular Late Night TV gameshow "who wants to live to see their first birthday?" is aired.

The Future of the City-Planet[edit]

While galactic instability remains constant and will likely increase as time progresses, Emperor Palpatine's loving hand will surely guide Coruscant to a more glorious future. Expert scientists have surmised that, in the future, the population will continue to grow, and the planet will become a large, sprawling ball of wreckage filled with high crime rates and enormous amounts of smog. Other, more pessimistic experts have surmised that Coruscant will eventually resemble a fire belching Neo Egyptian/Japanese Los Angeles, where commercially available humanoid replicants are illegal planetside; however it will still have cleaner air than Beijing.

While many casual diners prefer Coruscant the way it is, there has been a growing sector of the dining populace who enjoy adding butter to it, or cream cheese and the occasional jelly or jam. Marmalade, however, is expressly forbidden by both Ms. Manners and the Jewish kosher laws. There is a growing contingency of Vegemite enthusiasts, but they are unlikely to redefine inter-galactic cuisine with such a despised condiment. 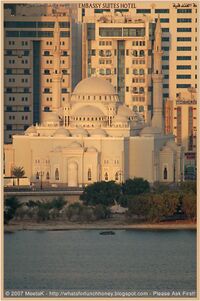 As the biggest city in the inner-core part of the galaxy there are many bars, hobos, hookers, gangsters, thieves, strip clubs, assassins, smugglers, space pirates and arms merchants in Coruscant City.

Fortunately, the clubs are similar to other clubs and watering holes across the known universe, such as Tantooine cantinas, so those on the know and on the go can have familiar fun and encounters wherever they may be.

One must watch out for the pedestrians gathering to watch the power gates coruscating with energy at carefully timed intervals; just short enough for Jedi to fly (or run) through them while pursuing or being pursued.

Relatedly, you must never touch the Jedi; they are known to slice off non-fatal bits of the body at the slightest provocation. You know, that one between your legs.

Food costs about three times more than on any other planet as there are no farmlands on Coruscant. If in doubt, question your food first, look for the places that hang the meat out for display, nobody wishes a repeat of the eating of the ambassador from Ton-Greenly; the excuse 'he smelled good' is not a legal defense.

There are seventeen known half-acre spots across Coruscant, the tops of what were once mighty mountains. For the outlay of a hell of a lot of credits, one can touch natural stone or, if you are lucky to visit the five locations, a still living tree. If you see a hobo sleeping under the tree, please inform the nearest storm-trooper, who will attempt to fire violently into the man's torso, but somehow miss even though he's only 10 feet away.

Railings do not exist here, neither do they throughout much of known space. Stay away from ledges, platforms and gaping pits. Stay with crowds, the excited utterances of those on the far edges will warn you of any potential disaster, allowing you to dive dramatically behind a nearby newsstand, bright glowing advertisement or smelly, dirty alien.