The force in all its glory.

“I felt your presents.”

The Force is something that makes others do things and stuff float at our command. It was discovered by Supreme Ultralord George Lucas and revealed in his seven-and-two-thirds-part documentary Star Wars. Mark Hamill can use it, but Harrison Ford cannot. Not even while canoeing a fjord.

The Force and Comparative Religion[edit]

During the filming of Star Wars, Lucas resided with and studied a small group of Jedi, Catholic monks who police and protect the Galaxy in accordance with the Gospel description of Jesus' work. We learn early that the Jedi manipulate small bits of The Force by controlling their emotions, speaking in monotones devoid of expression beyond the occasional raised eye brow, while waving their hands around in odd and nondescript ways, and moving junk around via telekinesis.

Soon, we encounter the Sith, pimps of the Galaxy who use the Dark Side of the Force to fulfill their passions for beer and hookers, fancy clothes, gambling, whiny psychotic temper tantrums and unlimited power. The Dark Side, of course, is a double-edge sword, or more accurately, a red light saber: it can cut the shit outta yo hands unless you hold it the right way. It is for this reason that many Sith have met their untimely demise falling down shafts and electrocuting things as their dead asses fall.

The Force and Child Abuse Scandals[edit]

Jedi training in the Presbyterian faith under Britney Spears (an anagram of Presbyterians) is a strenuous and ancient ritual. Boys and girls who show marked skills with the Force are granted training at the Jedi Temple on Coruscant, where they learn Jedi skills, included amongst the many: lightsaber fighting, moving stuff with your mind, and convincing people these aren't the droids they're looking for. While spending a number of years getting shot by remote droids, young Jedis in training learn about Darth Jesus and his works, as well as the apostles, who were among the first converts to the new Jedi order from the old Jewdi temple.

The Jedi Order came under some severe scrutiny since a number of Padawan molestation cases during training in the Outer Rim Territories. Cardinal Yoda remains pensive, but adamant in his opposition to laws requiring mandatory reporting of confessed and suspected sex crimes to secular legal authorities.

The Force and Race[edit]

An often-used explanation of The Force consists of Light and Dark sides of a spectrum one side unaffected by anything, the other screaming constantly; or, in computing terms, 256-bit values of RGB locked together. "Paradise Losticus," of ancient, unknown authoring, is the most vivid and accurate account of the religious turmoil within the Force. In the climactic ending of the book, Sith Lord Darth Maul returns Jedi Master Qui-Gon Jinn's bike so he can preach the good word door to door handing out holocrons of The Watch Tower.

The Light and Dark sides cannot coexist side-by-side, not even in Detroit. Bickering on both sides has sparked off many Holy Wars, like the Crusades and as detailed in the six part documentary Star Wars. The Light Side has come under significant fire, despite its true purpose of "Guarding of Peace and Justice." Many believe this amounts to "Defending Big Business and the Oil Industry." This could explain why the Jedi Temple is on the wildly industrialized planet Coruscant, and the Sith live in rust belt ghettos like Cleveland.

The Dark Side of the Force represents emotion, corruption, and attachment, it is personified by the stereotypical Sith Sultan accompanied by harems of slave girls. Indeed, emblazoned on the cover of the Imperial Manifesto is a black man armed with a red light saber, adorned in a white turban. To his sides are three white girls in golden bikinis and chains, to be sold on the streets of Mos Eisley. According to Sith Islamic cleric Darth Malcolm X, the continued use of dark and light terminology further enforces the racist stereotypes ingrained in the Galactic Basic Standard language, just as much as Asian toad businessmen Nemodians, Rastafarian sea rabbit Gungans, hook nosed mosquito slum lord Toydarians and carrying on the torch, a race of Scottish Catholic fish nun Caretakers.

Ouija Board game in which the person on the right is succumbing to the will of the Force.

From an economic standpoint, to suggest that race is a major player in the struggle in the Force is sheer asshatia. From the annual statements from the Jedi Temple and Sith Harems, LLC, one can see that, together, they hold more than 25% of the Galaxy's wealth, in near equal share. The Jedi Temple ascertains the majority of its wealth from faithful followers and the sale of candles, roseries, lightsabers, and holographic depictions of Jesus and other major Jedi. Critics, however, are skeptical about the coerced consent of those who contribute to the Jedi Temple, contending that, through large-scale indoctrination, millions fear that, if they do not give to the Temple, they will no longer be protected by the Jedi and may even go to Hell, or worse, be excommunicated and forced to live alone in space, shunned by the community.

The Sith have come under more fire in recent years from religious leaders, independent media, and Wall Street stock brokers. In fact, a coalition of Shia Muslim clerics once attempted to force Sith Islam out of Kuwait, only to have their bikes taken and their women de-birka'd and enslaved in golden bikinis. It can only be assumed, then, that the Sith impose upon themselves the internal turmoil which they outwardly blame upon the Jedi. Psychologists suggest that the Sith get no real reward from rakettering, loan sharking, prostitution, or chopping Jedi's heads off, sheerly because they want to be seen as martyrs in their galactic jihad; their only reward the 72 passionate virgins awaiting them in the next world. Examples of famous Sith can be taken as examples: Despite the fact that Palpatine seized control of the Galactic Senate, the motherfucker never ever smiled. Darth Tyranus got his head chopped off after stealing Obi-Wan Kenobi's bike, even though he had a very nice bike himself for joyriding.

The Force: Reformation and Enlightenment[edit] 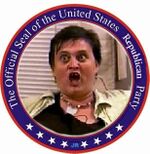 Many religious scholars blame the rise of Jihadist Sith Islam cults, or the Sanhedrin council of the old Jedi temple, either way, for the quadriplegic maiming, third degree lava burns and cybernetic crucifixion of their mechanical mass murdering messiah Darth Jesus after Jesus balanced the force by bringing the number of Jedi and Sith both down to two. Despite anti Semitic portrayals throughout middle age passion plays, scholars of the Jedi Jesuit order under the pontificate of Pope Kylo Ren II eventually admitted after hundreds of years of persecution, that the Jewdi and Sith Islam did not murder Darth Jesus; the church officially shifted blame on Judas Kenobi who sold him out on Mustafar, site of the saviors robot resurrection, to the trade federation governor Pontius Gunray for thirty credits. The church considers rumors that Darth Jesus had a secret wife who continued his bloodline to be heretical, as both Jedi and Sith agree that clerical celibacy focuses the spirit like a deeply emotionally repressed laser.

In an effort to reform the Imperial Catholic Church, Martin Luke Skywalker nailed his complaints against the empire to the door of a Cantina where he met Han Calvin and Huldrych Zwingli the Zwookie, rescuing a German princess from the Death Vatican and starting the Galactic Reformation against Pope Sidious.

In the modern era, the freedom of expression protects Sith, and Jedi orders new and old, allowing their millennium long conflict to spread to another generation of fanatics willing to die for what they believe in: an off camera stage hand with some wire.

Many in the scientific community have shown marked distrust towards the belief in the Force as an act of God. It is for this reason that many attempts have been made to rectify the nature of the Force via scientific theory. Some people such as Jedi Knight Gregor Mendel have been as brash as to claim that the force is a rare genetic mutation passed down along families while others like master Louis Pasteur proposed that it's caused by some kind of weird bacterial infection, famously asking how many midi-chlorians can dance on the head of a pin. Both of these theories are bullshit, for everyone knows the force burns ghosts for energy like fossil fuels, the force being the leading cause of global warming on Coruscant according to the EPA (Emperor Palpatine Administration), dwarfing droid and star ship emissions by far.

The force can't do everything though, you can't use it to grow back your limbs obviously, or make a robot hand using the force out of junk like that kid in Akira. You can only force grab things that a piece of wire could back in the 70's, so you can't move a gas, or control a liquid or fire, or lift up the tiniest grains of sand or large chunks of the ground below actual actors, or do any of the cool stuff they do in Avatar: The Last Airbender, because those special effects would be way too expensive to computer animate, Kylo Ren stopping that blaster bolt in mid air was a pretty cheap effect in comparison. The existence of force speed is debatable as all the footage of it is blurry, much like Big Foot. It can apparently make Anakin's apprentice Ahsoka run as fast as a podracer at 900 miles an hours in Star Wars: The Clone Wars, so it must be the single most exhausting force power and she must be the most powerful Jedi ever, Mace Windu certainly looked like the most powerful Jedi ever in Star Wars: Clone Wars when he fought an entire army on his own; however in the actual movies Qui-Gon and Obi-Wan only seem to use it to fight a couple of trade federation droids at the beginning of The Phantom Menace and grab Jar Jar's tongue, then they never use it again during the many times it would have been useful during every single lightsaber duel or any of the times they tried to arrest Jango Fett and he flew off on a jetpack going less than 900 miles an hour. The Jedi and Sith can run quickly like The Flash, but can't jump quickly like The Hulk just by making their legs super strong with The Force.

Current Field theory is incompatible with The Force acting like electric or magnetic fields, despite the seemingly spontaneous nature of sudden acceleration of things like pipes, freight trains, and X-Wings. New theses suggest that the Force is actually created by movements of charged particles in one of the non-colinear four dimensions existing within the 42 known dimensions postulated by string theory.

Particle physicists hoping to make The Force compatible with the other four fundamental forces of physics believe that is must be due to one of the known elementary particles or is the subsequent byproduct of some mysterious theoretical particle which has yet to be discovered despite attempts to discover it by building a moon sized cyclotron. More zealous theorists suggest that a Forcion particle, of point-mass and zero charge, must be the culprit.

James Clerk Maxwell became internationally famous for uniting The Force with the Magneto, a noted Sith, in a series of complicated equations, known at the Electromagneto Thorums. Those in the Physics community point to the unification of The Force with Magnetos, a Proven Physical Hypothesis, as being a sign that Maxwell was the prophesized chosen one to balance The Force. As a consequence, the Jedi Temple sent Mace Windu to chop all their heads off. He did so with such a zest and splendor that he was awarded the 1952 Nobel Prize for Chopping Physicists Heads Off, an honor specially created for the Jedi Masters, galactic beacons of peace and wisdom.