Geonosis is an arid Star Wars planet with less than 5% surface water, its surface pocked with plot holes left from orbiting asteroid belt impacts. Despite its seemingly barren, industrially undeveloped outer appearance, the arid world of Geonosis featured some of the most prominent underground arms-market manufacturing industries in the galaxy, both in the literal and metaphorical sense. It housed the factories that constructed the B1 battle droid used in the Invasion of Naboo, and throughout the Clone Wars and the first nine years of imperial rule it was site of the Death Star's super-top-secret construction.

Geonosis is a desert planet filled mainly with sand (which Anakin Skywalker detests, albeit not as much as Tatooine's sand) and a million Grand Canyons. Its surface is covered in large spires much like termite mounds. Why anyone would settle there is out of the question; it has been simply referred to as "the worst place for a family vacation in the galaxy" by HoloNet News.

Within the planet lives thousands of small flying creatures known as Geonosians. These absolutely strange creatures communicate in clicks, and look like if E.T. was a meth addict grasshopper with a huge underbite. They are led by a gross queen who excretes eggs at an alarming rate. The Geonosians use sonic blasters as their weapons; their artillery also includes a cannon which shoots sonic blasters. Their alien language makes no sense to speakers of Galactic Basic Standard; it is just sentences full of consonants and dual mandibles, with each line ending in them clicking their mouths.

Geonosians are usually considered aggressive, so much so that many tour guides recommend packing at least 15 cans of pure deet when on a trip to Geonosis. Many idiotic tourists who ignored thse warnings have had their arms roasted by Geonosians on a spit, due to aforementioned aggressiveness. When they aren't building battle droids and blasters, the Geonosians are entertained by a menagerie of animals sacrificed for their amusement in the gladiatorial arena. This distracts them from the fact that like many Outer Rim factories, most of the workers are too poor to afford any of the droids they make deep underground in poorly-ventilated foundries. Galactic Emperor Sheev Palpatine saw the Geonosians as too filthy to live, but not so filthy as to not first have their slimy claws build his ultimate weapon. 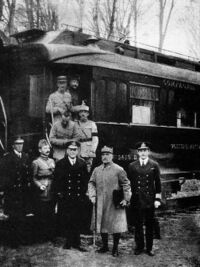 Following the Battle of Geonosis, the grasshopper hive resumed work on their superweapon uninterrupted until signing it over in an armistice with the newly formed Galactic Empire, ending the convoluted first great Star War.

In 22 BBY, Geonosian Hive Queen Karina's heart (err...whatever organ it is that pumps bug juices) was captured by the fallen Jedi Count Dooku, when he was invited by Archduke Poggle the Lesser to the summit for the heads of the Confederacy of Independent Systems, in reaction to Senator Padmé Amidala's tyrannical call to limit Geonosis's sale of semi-automatic battle droids to children. Dooku then began to rally the once-independent systems against the Republic's colonialism, leading to the Clone Wars.

The planet was taken from the Separatists following the Second Battle of Geonosis, where countless clones sacrificed their lives to destroy the Confederacy's dreaded superweapons...caterpillar tanks. Fortunately the Republic ignored their enemies' real doomsday weapon apparently under construction in orbit using the planet's asteroid ring or something, and never bothered to attack it, probably knowing it was a colossal waste of man bugpower and resources. Anakin and Obi-Wan fought through a swarm of Geonosian brain parasites they'd neglected to use before, much like R2's rocket boosters. The Jedi wisely presented Karina to the Galactic Senate to stand trial for war crimes and as they wisely did for all their enemies involved in ongoing investigations buried her and found no further clues to the existence of the planet's new 16th moon. Apparently the Queen wasn't the only one who was blinded that day; Obi-Wan and Anakin must have been like Jedi Master Zatoichi, that or maybe the Death Star had a cloaking device that it never used again.

The Geonosians became an endangered species in 10 BBY, narrowly surviving the Empire's sterilization of most of their planet after Imperial citizens found out that their symbol of xenophobic military might was built by bug people. Like many of the Republic's disenfranchised CGI species, like the Kaminoans, the Geonosians were a hassle to insert into later Star Wars episodes made in the '70s before computer imagery was the industry norm or during a resurgence of practical effects reacting to the overuse of greenscreen. Calls were made galaxywide for CGI genocide by Imperial Youth eager to fight another poorly-explained war where no one really knows nor cares what the two sides' political differences actually consist of.