“I wish I could get rid of the knife so the emo kids would just fucking STOP!” 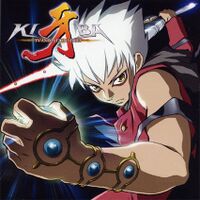 Subject Q. showing how even after sticking a non-stick knife up his backside, no excrement will stick on the blade. It feels good, Q. adds.

Knife is a five letter word, which consists of the capitalised letters: K, N, I, F and E. It is pronounced without the letters k and e, as they are both silent letters, which means that the word ‘knife’ sounds like neyeghph, Egyptian for pointy thing. In the English language, many adjectives can precede it, such as shiny, pointy, sharp, cool, long and jagged. It is regarded by apes as a tool of torture and a weapon of mass destruction. This means that a terrorist, previously known as George W. Bush, can use this implement to wreak havoc on the face of the Earth and transform Tom Cruise into an evil alien preaching Scientology. Among other uses, it can: 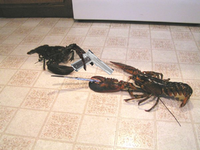 Knives can be good in fights sometimes, but never EVER bring a knife to a gunfight.

It has been used by psychopaths, murderers, Noddy, Michael Jackson, Jim, Poofmaster, Oscar Wilde, Darth Vader, The Ides of March and countless other famous or infamous (You pick) people.

The most famous knife is the Bowie knife, named after Andrew-Albert Bowie who used it to liberate Mexico, previously under the yoke of Texas, in year 40 B.C. It has no relation whatsoever with David Bowie who fought alongside the Texans against Mexico in the 19th century ; how a knife could have become famous in the gunpowder era ? No, seriously.

Using a knife can be dangerous and can lead to serious injuries so hereby we provide a manual of safety:

For those without comedic tastes, the so-called experts at Wikipedia have an article very remotely related to Knife.