"Wikipedia?" cried Dick, "What's that?" "Oh, don't be such an ass, Dick," said Fanny, "It's where the poor people go for their information."

“I remember Blyton as a harridan of the worst order. I dowsed her in Pimms and she melted away. Hidden Tunnel, my arse...” 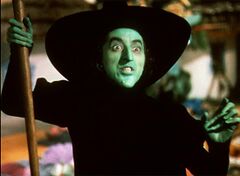 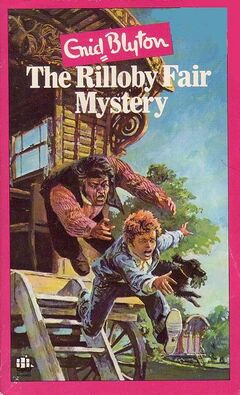 Gypsies played a key role in many of her stories.

Enid Blyton (1897-1968) was a well-loved and extremely efficient British children's author who wrote a huge number of novels with only a small number of ideas (which were in short supply due to rationing). She created such franchises as Noddy, the Secret Seven, the Special Six, the Famous Five, the Fabulous Four, the Three Finder Outers, the Dreadfully Naughty Twins and Zimbo, Grandmaster Flash and the Furious Five, as well as the much loved the Unwanted Half-caste Lovechild.

Throughout her prolific career, she exemplified many traditional British traits, such as determination, greed, hard work and bigotry.

Her fans were shocked when she decided to take a darker, grittier approach with the Special Six series, which started off with The Special Six and the Mysterious Hole and continued with The Special Six go to Smuggler's Shaft, with many fans tearfully renouncing the series as a betrayal of everything they held dear. Despite this, this new series won over many new converts from slightly-less expensive private schools. Working class people bought the books as well, but Blyton steadfastly never considered them as fans, insisting that "the bloody oiks can't read".

From the end of the Second World War until her death in 1968 Blyton would remain best remembered for her children's books despite her most ardent efforts. 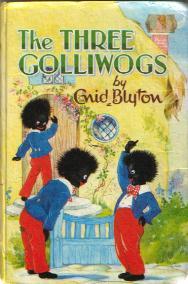 Her characters always had memorable names, laced with historical references and hidden meanings. These three were named Golly, Woggie and Nigger.

The number of books that Enid Blyton actually wrote may never be known. Enid Blyton was an incredibly productive writer, churning out on average one book every seventeen hours. If she was on holiday. A typical working day would see her writing a novel about unsupervised children foiling some smugglers, whilst simultaneously dictating a baby book about fairies and golliwogs. She continued to write even whilst eating and sleeping. Visitors to her house would often remark about the presence of a typewriter in the toilet, to which Blyton would laugh and reply "I don't always use it!" It is not clear what she meant.

Enid Blyton's patented method of creative circulation also enabled her to greatly increase her book count. By adding 'again' to the title of an already existing book and changing every seventh sentence, an entirely fresh and new book could be created. Examples of this include Five go off in a Caravan Again and The Special Six go to Smuggler's Cove Again Again. Creative circulation was later purchased by Hollywood.

She was a master of word games, with a whimsical habit of hiding entire extra books in the words of another book. If every third word from the first three Fabulous Four books is put together, it creates a completely new adventure, increasing her book yield yet further. This process continues recursively - i.e. each three hidden books contains another hidden book, revealling unknown classics such as It Beginning Holidays Dick Said Fanny Cavern.

Any mathematician who has tried to calculate total number of books written by Enid Blyton has gone insane. There is a specialist unit at Carstairs mental hospital that deals with these sad cases, who are unable to say any word apart from "picnic." However, with intensive (and often lethal) drug treatment, their vocabulary expands to include "ginger beer" and "spam sandwiches," and, occasionally, "Gosh!" 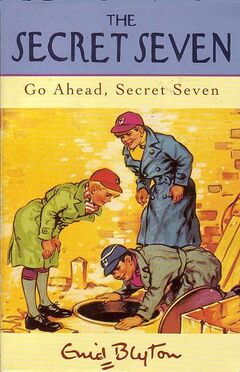 Rationing meant that her books could only have one type of rosey-cheeked schoolboy detective. But they could be dressed in ungodly fluorescent colours to hide the fact. Also, notice the underground hole theme. I like holes.

Her image has taken in a battering in recent years, mainly due to her harsh and outspoken views on adjectives, calling them "worse than the Jews." She claimed that children raised on excessive adjectives were likely to grow up to be weaklings, saying they were "of no use to the Empire." She went on to mount a vigorous campaign against words like "vigorous."