This is not Wife or Ex-wife.
This is also not Girlfriend, My Mom, Your Mom, or Ex-girlfriend.

Currently we are experiencing technical difficulties (ie. the Boss is watching), our IT department will upload the manuals of Wife OS asap!! 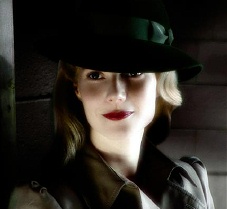 Wife OS is an operating system. 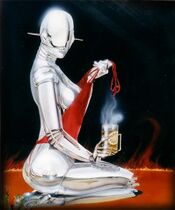 Versions by date of install[edit] 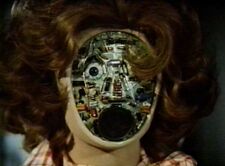 It is rumored that an anonymous user, with a God-complex, wrote the initial script which later became Wife OS. Oddly, a portion of its architecture (in the current versions of Wife OS) and its original name has survived in a few loosely related notes and scripts.

Eve, as it was originally named, was low on resources and had few input/ouput routines, thus rendering it useless for complex tasks. Minor developments in hardware improved memory and improved the few available input/output routines, but nowhere near the current capabilites. At that time only simple tasks were required, not requiring much more than what was available.

To date, the most dramatic milestone occurred when a small insignificant company, called Apple, that had almost no ties to the manufacturing industry that now provides products like Wife, girlfriend, Mom, etc., came onto the scene. The exact date is not known, but the before Apple and after Apple versions of both software and hardware are so vastly different they are completely and totally incompatible. In fact the language used to program Eve is now considered a dead language, as no parsers or compilers exist.

Initially, the early versions of the newly developing Wife OS followed a singular hierarchal programming paradigm now followed by software greats like Linux and Mozilla. However time and intense marketing proved to be an awesome foe to the early developers, many committed suicide, some burned their notes.

Dubbed as, "it may not be a Cadillac, but it runs like a Buick," the pre-1959 versions had one simple paradigm--simple, but sturdy as fuck! While so much more complex than either Eve or the beta versions of Wife OS, this version came with toolsets that nearly rival even the latest versions. Some even argue that reverting back to this version may solve every known incompatibility issue. Others argue that it would be pointless due to the vast difference in archivable subroutines that newer versions use in greater efficiency.

It should also be noted that only the full versions where allowed to be run by the public, as the beta versions were deemed as illegal and carried a penalty when discovered running in the public arena. Beta versions were only allowed in testing regions like Amsterdam or Bangkok, (intermittently Paris had permits for beta testing).

In the midst of new technology advancements, accessory upgrades were nearly pandemic. Some feared that it was absolutely mandatory to re-architect Wife OS to handle the new accessory advances. While others argued that due to the inherent flexibility of the pre-1959 versions, theoretically the systems would be just fine.

Initially, a major port of pre-1959 was created and proved successful. Typically, they are designated as year/p, for example: 1960/p, to show that it was 100% compatible with new hardware. It was only port of the older version, so it ran identically the same as the pre-1959 OS, just on newer hardware. 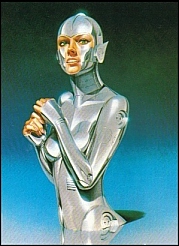 However, empty marketing schemes scoffed that the ported OS could not take full advantage of the new hardware without any proof. And without any proof of concept, many fly-by-night OS manufacturers sprang up over night. Absolutely none agreed on a philosophy. As a direct result, an undocumentable number of Wife OS versions exist for this time period. And about as many that were sold, they were sold without documentation. Even the major manufacturers occasionally did not provide documentation.

Occasionally "souped-up" versions of Girlfriend beta that got, occasionally shoddy, makeovers, where sold as full versions of Wife OS. Often times, some OS versions did not require the "Marriage Certification" for installation. Even more odd, some did not check for hardware compatibility, or for previous installations of incompatible OSes. Which resulted in the faulty installation on some human type male units with Wife OS. In areas like, San Francisco, this was reported as a common occurrance.

Whatever the cause, massive number of system crashes occurred, some even resulted in injury. Even scarrier, most companies carried no liability and never guaranteed their product. Other problems included non-intercompatibility, self-uninstall, and infinite loop errors.

Like the passing of disco, many want to forget the decade of Artificial Stupidity. More bugs were brought in by companies like slackware.

This period is fondly referred as the period of the Geek. This is the time period when the Browser Wars can claim their roots. Big Geek companies like Amiga, SUN Microsystems, Apple Computer inspired major hardware improvements like FPUs and GUIs. This in turn, inspired functional programming for Wife OS.

During, this period it is recognized that Wife OS made its once and for major turn around. Products were finally performing to manufacturers specifications. However, in this transitional period, Old Tech could still be purchased as new by some retailers.

As a historical note there are a few obscure versions worth noting, but this text will not provide anything more than a note. All of these versions where highly proprietary and were never sold on the open market. If anyone did acquire one of these versions, it was out of shear fate.

The 2013 version, Wife OS-14 was released in December, 2013. It included a tons of new features that the previous versions of Wife OS didn't have. However, most of them were buggy, and Wife OS-14 got a lot of negative responses from users. The creator for this version suggested users to downgrade to earlier versions due to the very big technical problem.

The most commonly known were written in Chinese, Japanese, Arabic, and several Indo-Sino dialects. These versions while written in different languages functioned nearly similarly, and with similar robustness. However, they did not contain the same amount of ouput resources or toolsets as found in the pre-1959 full versions mentioned above.

Wife OS runs on biocomputers in the standard market. However, older Apple Computers are not robust enough to handle current emoticonics, and maintain System Idle Processes. Running, and compiling with the Iostream.h resources helps prevent problems like deprogramming.

Heather Graham-Cracker: The most notorious coder for Wife OS.

The basic BIOS has been virtually unchanged, due to its capability of being backward and forward compatible. This feature allows any installation of Wife OS to run properly.

Typical highspeed DDR R.A.M. coupled with a highspeed Rambus help keep the system running and prevents System Shock. This problem is usually the cause for excessive wear and also prevents Artificial Stupidity and BSoD.

The command syntax has been upgraded into quasi-AI quasi-object-oriented command structure. For example, when using the search subroutine in Wife OS, short verbal command precedes the object.

For instance the command;

would get the general reply;

Another, popular search command is:

While this command can get the response similar to the above, two other responses by the AI are possible. The AI auto decides which response is best for the situation. The first is like the previous response;

or one of the following two my possibly be used by the AI in reply; 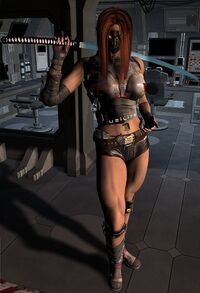 Be aware, repeating the same command too many times consecutively has been known to cause either a full systems crash or slowed performance, depending on installed options and programs. In some older versions, especially pre-1959, auto-responder-action-codes may be initiated and response may be unpredictable. Overloading the AI-command-reply-system is ill-advised, and in some circumstances may void any warantees.

First as an important note, semi-programmable subroutines are not user programmable. They are modified by the AI to operate under a variety of circumstances. These routines are what give the current AI more functionality, than the pre-1959 versions, and much broader scope of results are realized under the new system codecs. 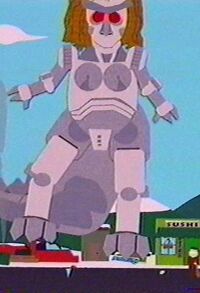 This Wife will probably need a cold boot

Under no circumstances should you attempt to program yourself. Many, many presets and conditionals may be adversly affected, and an unpredictable outcome may occur, such as running away with the mailman.

Auto-start subroutines are code that start usually without warning or reason. Care should be taken when one of these begins.

Wife OS bots, unlike the real thing, do not have feelings, emotions and an inability to understand your commands. It's more like a human husband, perhaps more and more women will prefer to be married to a wife OS (they are much easier to be with women, think of the Ghost in the Shell anime). You know, "roboto-sexuals" are here? Uh oh...time to go back to using that towel, lonely loser.