“A mountain of sugar is too much for one man. It's clear now why God portions it out in those tiny packets, and why he lives on a plantation in Hawaii.”

Sugar (Latin: Succarium) is the chemical element that has the symbol Su, atomic number 33 and atomic mass 74.92. Sugar was first documented by Albertus Magnus in 1250. Sugar is a notoriously poisonous metalloid with many allotropic forms, including a yellow (molecular non-metallic) and several black and grey forms (metalloids). Three metalloidal forms of sugar, each with a different crystal structure, are found free in nature (the minerals succarum sensu stricto and the much rarer succarlamprite and parasuccarlamprite). However, it is more commonly found as dissolved succarium ions and in succarate compounds, several hundred of which are known. Sugar and its compounds are used as pesticides, herbicides, insecticides and in various alloys, as well as in baked goods and other sweet treats.

Ha... haha!! Sugar, you say? Oh, yes! Sugar! What a beautiful name! Look, just look at these pure yet sensual crystals! They're everywhere! I see asplosions! Asplosions everywhere like in that Georgia sugar refinery of 2008... Oh, my hands are shaking as I am involuntarily pouring more sugar into my drink, the lovely luscious-looking plate of spaghetti (or is it my super-sexy girlfriend's perfect hair?), and even my sugar cube collections! These s-spasms can't s-seem to s-stop!! S-s-sh-ugarr!!! Ssshug'harrr! Ohyessshugharrrr...!

Qing qing qing! I hear the clear, oddly Chinese chyme of Hector Salamanca's ding-ding-dong! Wow, I just noticed, I have eight thousand legs! The walls, the walls! They are shining like diamonds! I can hear the muffled, maddening beating of my hideous heart! My girlfriend, she is so sweet, I can't seem to stop licking her as she starts melting like a clock made of ice cream right in front of my eyes!! The unearthly hues of myriad fractals depicted on the ceiling diabolically arrange into a map leading towards the Lord of the Lambs at the center of the universe with a loud, continuous, cacophonous bellow from 666 cows led by an eldritch horror with seven heads and ten horns as I begin to hear the thin monotonous whine of accursed flutes that brings back cherished memories of my trip to Area 51, R'lyeh, Wonderland, when I was only seven! 'Twas brillig, and the slithy Cthulhu wgah'nagl fhtagn in his house at R'lyeh...[1] Mommy, who are these men in black? Where are they taking me, mommy! They chain me up on to a chair, and give me this small square piece of paper with a cute, colorful Dumbo drawn on it. They tell me that it is just sugar, and that I'd love to lick it. Guess what? They were right! IT IS SUGAR! Oh yes! The milkshake explodes from underneath me, and I see blissful heaven as I carve a sick smile into my face. Why so serious? Let's have some sugar in our lives! The walls are red with blood, but who cares! The daisies smell sooo pleasant! Giant crustaceans with five beady eyes watch me making love to a cuttlefish, applauding as the squid squirts copious amounts of ink in orgiastic joy! Oh, there's the portal in the ink! The black holeiswidening, suckingmein! Bettergetsomemoresugarfrombackthere^*@&#$%#&*~

SUGAR! Shu-shu-shu-shu'ggharr! Give me the goddamn sugar cubes! Urnl urn... chrl... chachacha... Must! Have! More! Schugkhar! Where is it, you lying bitchye? Give! Me! The! SUGGAARRRRR! Ah, my millions of hands are shaking again! The Ding Ding Ding! Heehehehe! That's more like it!! Back to the wonderland to talk with Mr. Magritte the caterpillar who said that his pipe is not actually a pipe...[2] wait, what is this red stain on the floor? Why... why do I feel so dizzy all of a sudden? Oh, Ohhh... Aaaaagh! Aaaaaaaaaaaaaaaa!...

This is what a Stage V sugar addict was last heard saying as he self-injected and swallowed a total equivalent of 147 sugar cubes in the span of an hour, collapsed, and immediately underwent spontaneous combustion. The case of this patient and those of millions of other documented casualties demonstrate the powerful addictiveness, mind-altering capacity and lethality of sugar. Sugar can easily penetrate the blood-brain barrier by disguising itself as glucose, the cerebrum's only source of energy. After it reaches the brain, it targets the pleasure centers of the brain by interacting with the substantia nigra and increasing production of dopamine. The resulting sudden surge of dopamine is what leads to the severe hallucinogenic effects and subsequent withdrawal syndrome associated with sugar, nearly a hundred times more powerful then LSD. Through the vicious chain reaction, sugar starts accumulating rapidly within the somatic cells due to having a half-life of 17 years, and is secreted into interstitial spaces or stored within the mitochondrial matrix, where it is metabolized . The time till death varies among individuals, but is usually between 3~5 weeks. For the sugar addict mentioned above, it only took a month from his first onset of symptoms to his death. After the blood sugar levels reach the critical point equivalent to 666 sugar cubes, the body becomes highly flammable. When the net amount of sugar in the body becomes equal to 1,024 sugar cubes, the person will spontaneously combust after profuse bleeding from the eyes, nose, or mouth.

In recent years, there has been a surge of people discovering the benefits of using sugar to control weight. Particularly in England, where you can see from its movies and television ads that the citizens are downright anorexic, sugar is helping the English to "fill themselves out" and put some meat on their bones. This is all thanks to the late Dr. Atkins, who bravely defied every other doctor in the world to challenge the long-standing and unquestioned calories taken in = calories pooped out theory.

Also, there is now a large amount of scientific evidence to prove that the more sugar you eat, the bigger your fingers are.

Strangely, scientists have now discovered a way to make sugar with toe jam, meaning that weight off your person is drastically reduced then drastically gained 3 months later. yah yah sugar 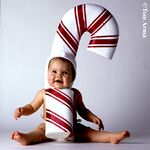 Sugar in its raw form.

The most common natural source of sugar are neonatal, infant, and pre-teen girls. The sugar is filtered out from the other constituents using a centrifuge, long considered the most effective form of separation, though passage through a meat grinder quickens the process. Babies are often injected with Botox in order to increase yields, though PETA recommends the application of nicotine patches to all exposed skin instead. Environmentalists have argued that the toxic byproducts created by the centrifuge are damaging to the environment, but specialists (aka "Sugar Daddies") counter that the loss of mere human larvae in the process does far more to protect the environment by slowing population growth and attendant ills than would switching to alternative sources, which include: grass clippings, Depleted Kitten, and radioactive waste (often used in gelatin-based sweets). Al Gore admits that the Sugar Daddy argument is "An Inconvenient Truth." Glucose and Sucrose are types of sugar, as is cement.