“Yes. In fact, I am the main endorser of this Team”

“The C.U.N.T has well and truly been licked. They went down numerous times and in the end just couldn't come through, but they looked as if they were having fun.”

~ Esteemed commentator Bob Johnson on the 2003 "exhibition" game against the Newcastle University Clams.

The Canberra University Netball Team is an amateur Super League University Trophy team from ANU's decrepit dormitory halls, with a long and proud history. Most local news outlets (who are notorious car huffers) ignore the team entirely, preferring to focus on the lack of parking spaces at the local shops rather than the notable achievements of the team. Despite this, the Canberra University Netball Team has an almost cult following amongst its few pimple-faced fans, particularly its back line which has never been penetrated.

The Canberra University Netball Team only allows female members, although in 1995, after a lengthy case, a court ruled that the team must accept male members once they have a sex change paid for by the team. Despite numerous inquiries by male students to join the team, none have taken up the offer. However, male members of other teams sometimes edge their way into the Canberra University Netball Team defenses during games, leading to much alleged delight.

“Everyone loves the C.U.N.T” says Ina Propriat, former Russian Olympic netball coach, now team manager. “It has a cult following amongst the male students of the University, who can’t wait to see it every night.”

“We make a lot of people happy, if we’ve got it in us that night.” says captain Lisa Simpson. “The only reason we play is to satisfy ourselves, but if that makes others happy, we’re happy.” 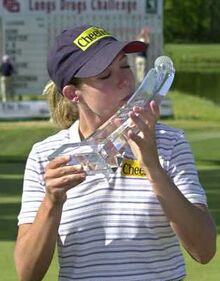 The Captain of the C.U.N.T celebrating with the 2004 S.L.U.T trophy, awarded to the winners of the Southern Leagues University Tournament.

For a short while after the affair, Canberra University Netball Team was downgraded to the BNL (Butch Netball League), before proving their skill during many games and, more importantly, steamy post game celebrations. Once returned to the major league C.U.N.T continued its winning ways, racking up numerous championships and several unexplained pregnancies.

Since 1997, the team has been in a slight downturn, mainly due to funding cuts that have limited “training equipment” and poor draft picks from Asia. These include Sum Fat Ho, who, despite being Asian, was only chosen for her father’s significant funding, rather than her performance. Other draft picks have been very good though, such as Dat Sum Lai Di, who is rumored to be able to take 3 people at once, one from behind.

Luckily, in 2005, Taco Bell increased sponsorship of the Canberra University Netball Team that guaranteed its future in the ULN for at least another 20 years. Girls Gone Wild has also increased its funding ahead of its upcoming documentary on the team in and out of the court.

C.U.N.T. have on of the greatest histories of squads, and hold a full trophy cabinet. Karoline Scheider arrived in the winter of 2001 in a big money move from the cold streets of Moscow, when the C.U.N.T.'s fur jackets were wearing thin, as the saying goes. Immediately their fortunes turned around and within a year they were challenging for honours. In 2004 Ferr E. Gobblitt came through the youth channels and surprised Sunday Sport readers with the unbelievable power of her sloppy strangler. On new year's eve she hired a Penis Book of World records official measurer with a torch and beat the former world record for inches of cock past teeth and also volume of penis consumed on a cabbie in a back street. By this time Scheider's pocket was getting frayed with her extreme use. But her professionality inspired the team. However Gobblitt continued to push her cavitie's boundaries and in October 2005 imploded on the retraction of 4 cocks from her body simultaneously.

The original venue of the Canberra University Netball Team was a moldy tennis court, out the back of the soon-to-be condemned James Hardie Asbestos Innovation Wing, with broken rackets as hoops. This didn’t really matter as the players spent most of their training time in the football players’ beds. Once the James Hardie Asbestos Innovation Wing was bulldozed to make way for a cancer research ward, all training was moved to a damp old janitor’s closet, this failed to dampen their performance.

During this time all games were played at the local sports club, which resembled the James Hardie Asbestos Innovation Wing, until its untimely collapse after one particularly vigorous game in 1985. To commemorate the many victories at the local sports club the Annual Sports Club Memorial trophy, a large piece of broken asbestos, is awarded to the player with the most scores that season.

On the former site was built a new, larger Sports club with proper training facilities and a 200 seat stadium. This has affectionately been dubbed the “Gleaming Pit of Venus” after Venus Kini, the only girl to score 17 times in one game. Even with these new facilities, most training is done in the janitor's closet with help from the football team.

The Canberra University Netball Team uniforms are primarily pink and red, though the players can choose whether they wear the optional white shirt. If the player chooses to wear the shirt it must be wet or at least damp for the whole match. 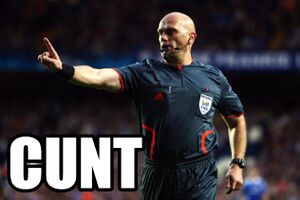 The mini skirt worn by all players has been condemned as “too short” by some, and has been attributed to the recent heart attack of an elderly supporter, when a player bent over. Most die-hard supporters have described the mini skirt as “great” and “HAWT”. Canberra University Netball Team games have been attributed as the main cause of embarrassing underwear stains in Canberra.

The original mascot of the Canberra University Netball Team was a anthropomorphic caterpillar with a green scarf. But this mascot was condemned by many as too suggestive and even "filthy" by some. Leader of the Canberra Decency Bureau, Martha Prude, commented on the mascot "It's obvious what that object is supposed to be. It's, it's, it is a, a... well you know what it is... it's a filthy abomination!"

After a long petition by the Canberra Decency Bureau and numerous bake sales the mascot was changed to something not at all suggestive - a bearded clam. To celebrate the new mascot a special suit was made, by researchers at the James Hardie Asbestos Innovation Wing, for someone to wear and entertain the crowd. Unfortunately, everyone that wore the suit contracted cancer - this may have been because the beard was composed of pure asbestos fiber. As a joke, after the "Taco Affair", the mascot was briefly changed to a giant taco, stolen from the local Mexican-Afghani restaurant. The ten illegal immigrants inside went on to work for the team.

In 2003 the original clam was retained, with a few adjustments such as a name, Cassie, and a horse hair beard. The local church has made numerous complaints about the clam, such as one outburst from Rev. Strangelove, "It's obvious that it's a transvestite clam, and God hates transvestites." In response the beard was shaved, stopping any speculation on the gender of the mascot. An attempt to make the clam smell like fish was fortunately rejected by team officials.

There have been speculations that Libra panty liners have made an offer to buy out the Canberra University Netball Team and “make it more family wholesome” by replacing all the players with angry middle aged women and drafting in Germaine Greer as captain. These have been flatly denied as “The team wants to make people happy, and a whole bunch of complaining middle aged women do not make people happy!”

Numerous celebrities have been linked to playing for Canberra University Netball Team, such as Lindsy Lohan and Paris Hilton. The rumors surrounding Lindsy Lohan have been openly denied by the coach, who said in response "The last thing we need around here is another washed up player." but she would neither confirm or deny seeking Paris Hilton to join, just saying "She would fit in really well around here, we're just not sure how the fans would take it. But she has plenty of experience, in many situations." As of May, 2008, no one has actually cared about this situation. Except you.