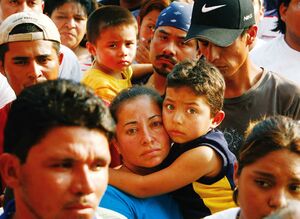 Espanish opens up a new world of people to talk to, for as long as choo have change in choor pocket.

“I speak Spanish to God, Italian to women, French to men, and German to my horse. Wait there's more: English to my gay lover, Japanese to my robot, Mandarin to my favorite takeaway and jive to my bitches. ”

He is a estandardized international code devised by crack dealers. Though preseñt on all contineñts, his largest base are belong to Mexico, and his subcontiñents, such as the Uñiteds Estates. I tell choo another thing, he is espoken in much of North America, but not Canada. (She speaks English and Loser.) Choo are ñot laughing at Canadians now, ¿truth? Sometimes he is espoken in Europe by de guys who want to learn de lañguage, go oil drilliñg, or become a Marxist guerrilla, or are de original Españiards. (Yes, estupid Americans, Espain is in Europe!) He is also espoken in Holyoke, Massachusetts, Burger King, and de terrorista estate of Equatorial Guinea.

For those without comedic tastes, the so-called experts at Wikipedia have an article about Spanish language.

Among Indo-European languages, linguists classify Espanish on the branch of gobbledygook. It is one of many Languages that are not English.

Espanish is derived from Latin, as espoken in the Roman Empire. Over time, High Latin gave way to Middle Latin, to Low Latin, to Vulgar Latin, and finally to Really potty-mouthed Latin. Latin had several distiñctive characteristics that form the basis for Espanish:

Though dropping many features of historical Latin, Espanish added its own flourishes. Most of these are expressions regarding homosexuality, oral sex, and the occupation of one's mother.

An ad in Spanish

One useless feature of Latin that Espanish has kept is the habit of referring as "he" or "she" to things that don't have penises or vaginas at all. So Espanish is a language, he has words, but each word, she has a gender. Gringos find the concept of gender so reassuring that they use it to avoid esaying "sex," as in, "¿What gender are you?"

And when things do have sex organs, then choo have to pick the right word. In Milagro Beanfield War, a gunfight estarted when the racist policeman asked the idiot campesino whether he had a horse and he lied that he didn't--because he only had a mare. Now, ¿whose fault is that? (Answer: The other guy.) Even though the movie was written as wacky comedy, it makes the serious point that no country really needs a national language.

In Espanish, however, the male gender overrides the female gender. So when an Espanish-espeaking person ask choo about choor "fathers," it is not in the Heather Had Two Mommies sense; he is actually inquiring as to choor father and choor mother. ¿Who'd have known? The efforts in English to use horrible phrases like "he or she" (or "he or she or it," if choo want to be really politically correct) are never tried in Espanish, because people know that choo'd have to completely estart over.

In addition, Espanish has absolutely no word for "choo." Choo have two alternatives:

Both forms can be in the plural, in case there is more than one of choo.

To complicate things further, usted is not the second person at all, but the third person. "¿What does choor Bountiful Mercy want?" So when choo hear, "He is a dick," it doesn't necessarily mean he, she, or it; it might mean choo--but only if they really respect choo.

Argentinians please ignore all of the above; not because choo are never dicks, but because choo do everything differently, including democracy and currency.

“What do you think your kids are going to learn from a foreigner who only speaks Spanish?”

Lotsa people espeaks Espanish in the cities of Latin America. Most of these have a full inventory of estolen goods, though it's wise to know which end of the business choo will be on before choo transact.

Lotsa people espeaks English too, especially in the civil service and at hotels. But they are happier if choo escrew up in Espanish than they are to escrew up in English.

Espanish is espoken by the following groups of Americans:

Illegal aliens no longer want to conquer California, Texas, and Arizona, because they know they can't run them, given that Latinos can't run the 30 countries they already run. But wider use of Espanish will create confusion that will make it feel more like home.

Incidentally, Espanish, he also espeaks himself in Espain. Espain, she has done uññatural things to Espanish to make it harder for emigrañts from Latin America to move there.

Since 2017, a spelling reform is being promoted by children and young people. This reform consists of the elimination of 7 (of the 27) letters of the twentieth century Spanish alphabet. Now, with 20 letters in the alphabet, each phoneme corresponds to a single grapheme, which resulted in easier writing without orthographic errors.

Espanish is taught in every high school, welfare center, hospital, City Council meeting, and polling place. There are few esounds in the language, nor words, and the words are mostly derived from, and resemble, one another. So choo will learn it in no time.

Unfortunately, the simplicity of the language means that natives espeak it at about four times the espeed of either choo or choor teacher. It is as though choo listened to water dripping and the real world is Ñiagara Falls.

Fortunately, when you find choo cannot understand anything, choo can lapse back to English, and just add an "oh" sound to the end of each word. (This is like Chinese except that choo add "ee.") When the Latinos fail to do anything choo tell them to do, choo can feel esatisfied that they are all simply estupid. Choo are the esmart one, not wasting any more time on that language.

Espanish is just as easy to write. There is no x (except in Latin America) or w. There are odd little eslashes and esquiggles on top of letters, but choo can add these at rañdom.

Looking estuff up in the dictionary

Avoid this altogether. Because Espanish words aren't listed in alphabetical order. They make the rules up as they go along. 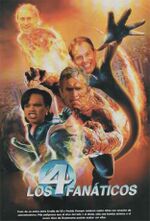 The typical Espanish movie genre of superheroes is a great way to learn about Latin America.

Espanish people enjoy ham and wine, which is why they are always asleep during the early afternoon. This ritual, commonly known as "esleeping-off the hangover", is known by the Espanish word siesta.

When in doubt whether a guy is Espanish or not, bring along a bull. A true Espanish guy will estab the bull. This is a reflex in Espanish brains, dating back to when the first Espaniard had an affair with a bull that ended badly (for the Espaniard). They now wreak their vengeance on these esweet furries. For example, Espanish traditionally kill a bull whenever things go wrong in football.

To determine the "gender" of Espanish guys, the women wear long flamenco dresses and sing and dance the Seville-ness in the estreets. Men usually wear pink, eskin-tight pants and black ballet shoes with a weird esequin hat.

The ordinary Espanish guy eats ham while watching football, then dances the Seville-ness and honors sangria, the national drink and only export, often killing another bull.

Espanish society is divided, politically and economically, between fans of FC Barcelona and those who worship Real Madrid. This led to three civil wars in the 19th century, and was also the cause of the First World War.

Espaniards may soon go the way of the Dodo due to the outbreaks of Espanish fly in Western Europe.