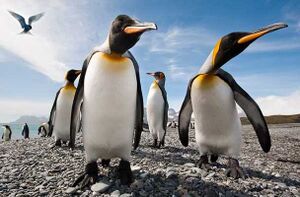 Nudists (or as they call themselves, "naturalists") parading around with apparently no concept of their own lack of aesthetic appeal.

A nudist is an individual distinguished from the "common pervert" and "playing-field streaker" through use of a different title. The nudist, by comparison, is organised and serious. Nudists do not refer to themselves as nudists, which sounds too naked, but as naturalists. They congregate on special nudist beaches, where they do totally normal things, with their wedding tackle on full show.

Persons who parade around the home with no clothes on are not "nudists" but merely disgusting. 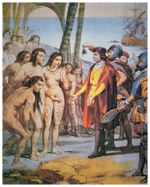 Naked people. Can you show me the way to the Taj Mahal?

Adam and Eve were the first nudists. Taking one look at those hooters, "God saw that it was good" (Gen. 1:10). He later changed his mind when the Eden Duo went "knowledge scrumping" with a local serpent and discovered guilt and shame.

Jesus Christ dabbled in nudism, once only. He got a fine tan without bathing-suit marks, though this was offset by the unsightly marks left by the thorny crown and nails.

Other nudists were the Ancient Greeks (at least for men) and the first people Christopher Columbus ran into on his way to India via a faulty Sat Nav. However, the Pilgrims were not hardly as aroused by native bush as the natives came to be with European scalps, and Manifest Destiny was on. Later, the Spanish conquistadores wiped out the Caribs for arousing their soldiers, though they did name the Caribbean in their honor.

Rene Descartes, the French daddy of all nudists, stated, "I strip, therefore I am nude." This is often quoted, even though he was wearing a silk dashiki at the time. 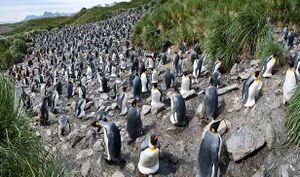 When enough nudists assemble, it becomes a "nudist colony."

The practice of nudity might become complicated by attracting crowds of onlookers, as viewing a naked body of the opposite sex[1] is highly pleasurable. Fortunately, in practice, nude beaches never attract young sunbathers with attractive bodies, but mostly loathsome old men.

Studies have shown the average male nudist has 312 liver spots around his body. Any budding nudists under the age of 70 ("newbies") splotch themselves with coffee grounds or use Sharpie markers to blend in with the crowd.

At many nude beaches, nudists spend a small amount of time sunbathing and hours at a time taking swims in the sea. The point of this is to make their wrinkly old bodies even wrinklier.

The modern practice (outside the Netherlands) of shaving the armpits and pubes is unheard of within the nudist community. Nudists prefer the "natural" look, leaving their hairy parts overrun with a frenzy of hair as though they were all little Gila monsters. In many nudist colonies, the length and sheer grossness of their growth is proportional to the nudist's esteem within the community. Sometimes a nudist community not only shuns an individual but shaves him so that his body will be too normal-looking to re-enter the community for months. 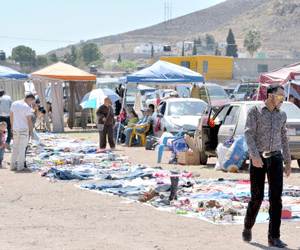 Nudists have left their clothes in piles here on their way to a nudist colony outside Chihuahua, Mexico. The gauchos issue claim checks so that each nudist can retrieve his own clothing after a day of sunny frolic.

Human beings are widely diverse in natural gifts, and physical attraction is no exception. Ordinarily, the rich take just as much pride in flaunting their wealth as the poor do in detailing their lack of it, as it means they are not to blame. However, people in polite company tend to hide their respective physical gifts. Nudists, on the other hand, expose them completely, which makes it painfully obvious who is on which end of the bell curve, as it were. Men who are small, either all the time or merely when unaroused, may feel uncomfortable in the presence of the well-endowed (unless they find discomfort arousing). Female nudists will feel uncomfortable at all times, because we learn at the college health clinic that no woman is happy with her boobs.

Recent developments have advanced the state of the art of not hiding one's art beneath clothing: