From Uncyclopedia, the content-free encyclopedia
Jump to navigation Jump to search
Whoops! Maybe you were looking for Jenny Talia?

“I've been there a few times. Their meat is nice, but it's a little salty.”

“Of all the countries I have visited, I can say without regret or fear of reproach, Genitalia has some of the finest places to eat out in the world”

Genitalia is a small country situated just north of the "boot" of Italy. 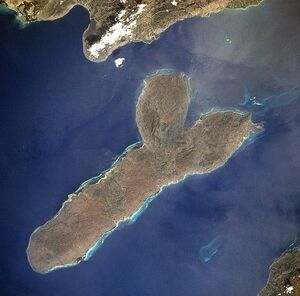 Unsurprisingly, like much of the southern Italian penisnula, Genitalia has many uppy and downy bits, which since Roman times have been given weird names, examples of which are:

they kick anyone who disagrees in the balls(pun intended)

Huge. So big in fact that Genitalia is now seen as one of the biggest Curry dealers in the world. In the 2007/2008 NBA Play-offs, the LA Lakers played the Boston Celtics. Boston lead with the first two wins. Then frickin Kobe got his game on and the Lakers won the third game. Then Boston won the series Shaq is a huge bitch. All this fits into Genitalia because Kobe Bryant is an official, naturalized citizen of Genitalia. Kobe was originally born as Wayne Kerr. He then moved to the States and his name translated to Kobe Bryant.

For those without comedic tastes, the so-called experts at Wikipedia think they have an article about Genitalia.

Prior to the mid-20th century, travel to Genitalia was fraught with peril. However in the early 1960's a passage was discovered by famous pilot Mr. Jefferson Airplane (of airplane fame). He proposed a route eastward from Spain through the mountains of Portugal to Queen like Victoria or Elizabeth or something. She was all "ok." and he was all "RAD!" This route as laid (haha) out by Jefferson Airplane is still called the Spanish Fly. A popular alternative route to Genitalia is to circumnavigate the dirt track, just keep going, you'll find it.

Things to do in Genitalia, or More Importantly: Where to Eat Out[edit]

Genitalia has some of the best clams in the world. The clams they raise are native only to the nearby rivers, and are covered in a fine hair, which is how the clam became known as the bearded clam. Beware of bearded clams though, they do not taste like clams at all. They smell like fish, but taste more like chicken. If you have trouble finding a clamshop, ask a female native of Genitalia. She should be able to help you. They also specialize in other forms of seafood, and are well known for their exquisite crabs.

The national airline service of Italy used to be named "Genitalia" because the founder (Domenico Vito Berlusconi, 1925-soon) is a Genitalian. Sadly though, European bureaucracy dictated a name change for the company on grounds of liberal marketing laws. Hence, they now go by the infinitely worse name of "Alitalia", which roughly translates to "A Piece Of Italian Tail" in English. According to statistics compiled by the EU, their primary competitor is Air Lingus. [citation needed]

What the Bishop said to the Actress[edit]

We have comparable desires, my child, but while you prey to God for some absolution, I pray to him for some Genitalia.

Traditional Food and Drink of Genitalia[edit]

Much of the population of Genitalia are suffering from clinical depression, and this has had a great impact upon the local culinary treats on offer for the tourist or visitor to the genitalia area. The local dishes are all served warm and consist of a brownish, very smelly substance called "Crap". The colour and consistancy may vary, but it certainly always tastes like Crap. Genitalian Crap is considered a delicacy, but strangely, only by Genitalians. It has a pungent odour and an acrid taste, and must be eaten in small teaspoons in order to avoid tummy upset. The height of cuisine in Genitalia is the Crap made in the provincial district of Fucking.

(An interesting local saying that has found its way into common usage: "That tastes like Fucking Crap!")

Genitalian drinks are somewhat different: there is a huge variety of drinks on offer. The word "cocktail" originates from Genitalia, and is just one of the many colourful drinks on offer.

Other local drinks include:

Despite this huge variety of beverages, it is only the word Cocktail that has found its way into worldwide acceptance.

Rather than birthday cakes, Genitalians prefer to bake Tarts. The Genitalian Prostitute Guild are still protesting this tradition, saying that it is inhumane, and is rapidly depleting their members.