~ Hitchhiker's Guide to the Galaxy Mark II on Everything 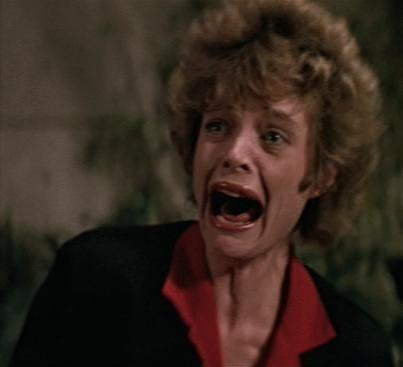 Panic is a natural response in most organisms equipped with adrenal glands and a sufficiently developed brain on exposure to red flashing light. The study of the phenomenon is well-documented in the Journal of Experimental Psychology for Relaxation and Enjoyment (J.Exp.Psy.Rel.Enjoy) by Dr. Sigmund Freud IV and his research associates from the University of California.

Their experimental setup was to have two rooms, one filled with large, swinging blades made of an optically transparent substance similar to diamond. The other room contained poisonous snakes, scorpions and a Martha Stewart replicant, which had all been heavily provoked using the standard provocation mechanism. Both rooms contained flashing red lights.

This, reasoned Freud, indicated that the blade room subjects were adrenaline deficient and the hypothesis was completely correct. QED.

Panic also refers to the part of the Bible which orders the hanging of the DJ.

According to Douglas Adams' religious text Hitchhiker's Guide to the Galaxy, the greatest commandment of all is "Don't Panic!" NOW do you see why people listen to people like him?

Angry German Kid is a prime example of how not to be caught panicking. He beats up the keyboard so much he actually loses his panic button, causing him extreme distress. Never beat up your keyboard, kids.

Many times, overachievers suffer most from panic. They panic when they get an A instead of an A+. This type of panic often yields hilarious results, and sometimes disgust.